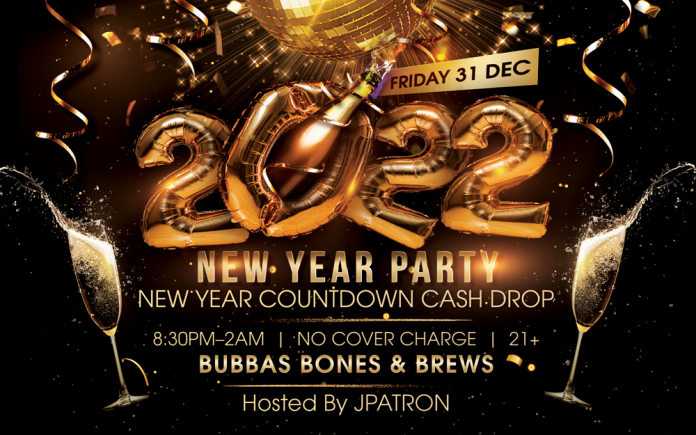 As part of a small group of hip hop performers who have been rocking mics in the Coachella Valley and beyond for well over a decade, J. Patron is a seasoned, multi-faceted artist with talents that go far beyond just being a rapper. This devoted husband and father of 3 has stretched his creative juices into areas from DJing and beat producing to multiple forms of visual arts. Colombian born and Coachella Valley raised, J. Patron has, over the years developed a unique sound and perspective on what it is to be an artist and where his priorities in life lie.

CVW: You have come a long way in your career as an artist and performer. How did you get started in the first place?

Patron: “It started in High School with battle rapping and freestyling. I wrote my first rhyme back in 1999. It was me and a couple of buddies. One of them got into rapping and encouraged me to join in. We started out writing which led to freestyling and eventually diving deep into all 4 elements of hip hop culture. From there, I fell in love with graffiti. I always enjoyed the drawing aspect of writing out lettering in an interesting way but I didn’t understand the culture behind it. I was just attracted to art. Once I started rhyming it dawned on me that this was another element of hip hop and that’s when I started going heavy on the graffiti. Spray painting, going out of town and hitting freights and rooftops along with our local train stops here.”

J Patron continues: “You know, I’m the type of person who, once I start doing something I really tend to dive in completely, really digging in and doing a lot of research in order to expand my capabilities and potential to see how far I can take it.”

CVW: Do you remember when you made your first, legit recording?

Patron: “Yes. I was 15 or 16. I had gotten my first piece of studio equipment that my friend and fellow rapper Provok’s dad, helped me purchase online. That’s pretty much how that all started.”

CVW: So when you look back on those old recordings, are they something that you like or do you cringe?

Patron: (Laughing) “Oh, I cringe! I cringe for sure! I cringe at stuff from like…freaking 2 years ago! I mean, we are always changing and evolving as artists, right? And honestly, I do really like the recent stuff that I’ve put out…it’s on a whole new wave. I was doing Latin stuff before it was an obnoxiously trendy thing to do. And now it’s everywhere. Every venue seems to have a Latin night and I remember the days when nobody wanted to do that. Now it’s almost overly saturated which is kind of annoying but not necessarily a bad thing. To go back to your point, I guess I dig the stuff that I have done in the past 5 years or so.”

CVW: That’s a great segway into what you have been up to for the past couple of years. It’s been a while since I’ve seen you around. What has been going on with your music career over the past few years?

Patron: “Like pretty much everyone else, I have been on a hiatus since Covid hit but before that happened I found myself in a place where I always dreamt of being. I was touring all over the southwest, Mexico and some parts of Columbia and getting paid for it. I was putting music videos out and basically living my dream. All that was happening but deep down inside, I really felt incredibly lonely. I realized that I would rather be at home. I was missing out on watching my kids grow up and do important things. I had to ask myself what I would rather be doing. Do I want to be traveling constantly and performing late nights? Or would I rather be at home watching my children learn something new or teaching them something new.”

Patron continues: “I realized that I was in a situation where I really needed a break. I had been going hard for decades, non-stop…Continuously pushing and investing in my music and constantly learning to expand my skills because there is always room to grow. I was at a point where I felt as though I was burning myself out mentally. I really, really needed a break from it all so I went ahead and contacted my manager, Susie and let her know that I wanted to cancel the tour along with my local residencies which obviously she wasn’t very happy about. I felt a lot of pressure because everything was becoming more professional so nothing was really happening naturally anymore from a creative aspect because of the constant deadlines and scheduling, etc. So I just canceled everything, and you know what? It felt really fucking great.” 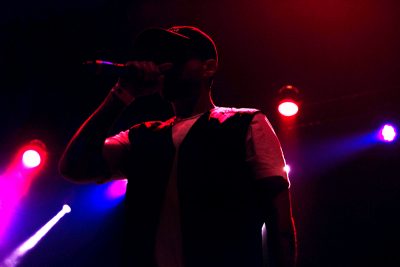 Patron continues: “The music is always going to be there but with this break, I was able to start focusing more on my wife and kids. During that time, I reawakened a part of me that had been asleep for a long time, which is the visual artist inside. I started painting again and doing digital art…naturally, on my own time. That’s the way I like to do art, without force or deadlines. I can just let things flow which always gets better results for me. Things have really fallen into place for me and my family and I truly feel like it wouldn’t be this way if I hadn’t taken a break for my mental health. It also makes me feel better about getting back into the scene and making music now that venues have reopened.”

CVW: This NYE event being the first show that you have been a part of since 2019, are you looking to really dive back into the swing of things?

Patron: “Yeah, for sure. Not aggressively right now. I just want to have fun with it. At this show I’m not going to perform, I’m just going to DJ. That’s really what I want to do for the moment. Besides the visual art that I have been creating like paintings and NFTs, what I really want is to play music and make people shake their asses. As far as rapping on the mic, I will put out some more stuff when I’m ready.”

Patron: “As far as this NYE event is concerned, I’m really excited to be able to create a platform for these up and coming artists from here in the valley. I am excited to see Jaelyn, Joy Road, Mike Lavish and Spaceboyuno perform. To me, it feels like these guys are the new Coachella Valley scene and it’s very different from when I was in my 20s. There’s a whole type of R&B/Neo-soul type of vibe that I’m really into and it seems to be where the scene is heading so I think everyone is going to have a really good time.”

Check out J. Patron’s DJ sets along with the Deep One’s and performances by previously mentioned artists on Dec 31st at Bubba’s Bones and Brew in Cathedral City.