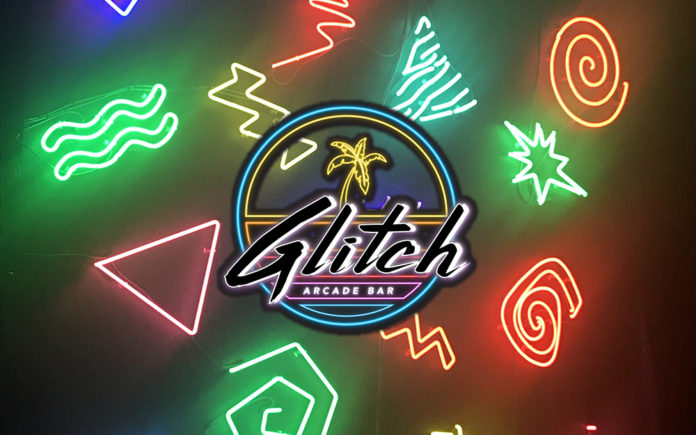 There’s an 80s time capsule tucked away in Palm Springs in the form of Glitch—a restaurant and barcade that boasts over twenty classic arcade games and just had their soft launch on March 28.  The eatery specializes in Asian street food served within a retro ambience of neon and classic pop culture, emphasizing the word ‘comfort’ in comfort food by creating a casual atmosphere complete with rentable alcoves adorned with décor from the 1980s and 1990s for more private hangouts. 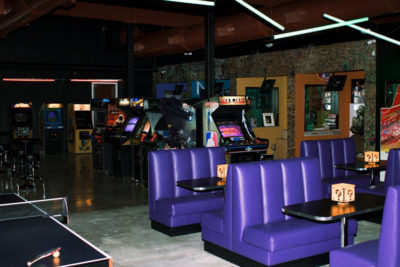 The owners of Glitch, Stephen Hansen and his fiancée Elizabeth Kao, strived to make the restaurant not only an escape for game aficionados but those looking for a unique dining experience in Greater Palm Springs, and they certainly achieved that with the flavorful fusion of Cambodian cuisine with traditional Western staples.

Although arcade games are not typical restaurant fare, with Hansen’s passion for collecting and vintage gaming paired with his fiancée’s detailed decorating, the couple has transformed a formerly abandoned building into a hip new dining destination. 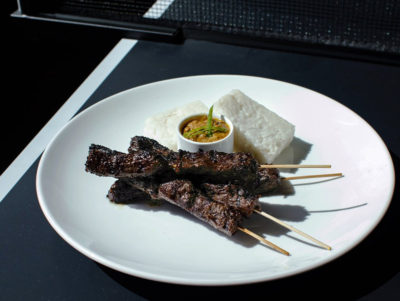 “When we saw how big this space was, the opportunity sort of presented itself. [Elizabeth] and I both grew up in the mid-to-late 80s and we had a shared goal of creating a husband/wife establishment in Palm Springs. We’re definitely looking forward to seeing it grow and having people of all ages come play some games, enjoy great food, and just spend quality time together,” said Hansen.

The entire menu at Glitch was designed by Chef Christian Sia, who made each dish easily convertible to vegan and vegetarian options as well. While Sia’s goal was to incorporate traditional Cambodian recipes into the menu, he found a way to carefully blend elements from different Asian cuisines into accessible Western entrees. 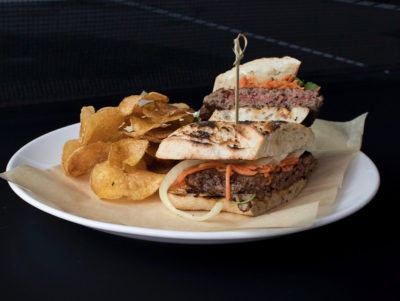 “My intention was to slowly introduce our customers to Asian street food that was not completely foreign to them, and to get them to enjoy a different spin on their favorite meals through our special spices and ingredients,” explained Sia.

This is exemplified in the Glitch Num Pang entree, which is Glitch’s take on the famous Cambodian sandwich of the same name. The dish consists of pork belly, braised pork, chicharrones, pickled vegetables, cilantro and lemongrass aioli fashioned into a French baguette sandwich. The Num Pang is presented as a pulled pork sandwich with an Asian twist, armed with spices that pack a flavorful punch and served with Chinese shrimp crackers instead of typical French fries. 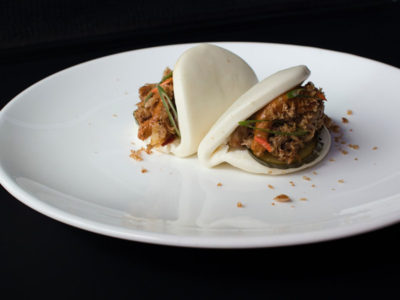 Another standout item from Glitch’s menu is the succulent plate of Asian Wings, comprised of three whole chicken wings dressed in a Chinese-inspired wing glaze topped with peanuts and cilantro, served with a side of carrot and bean sprout salad. Falling under the middle category between light and heavy entrees on the menu, the Asian Wings leave you feeling full and satisfied with moist pieces of seasoned chicken expertly mingling with a refreshingly light salad. 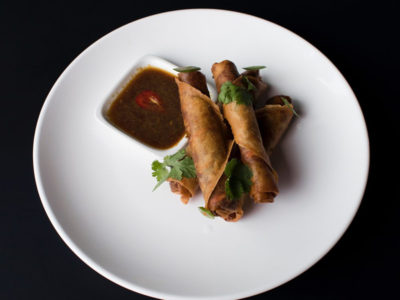 Among the other dishes that I sampled were the Sichuan Dumplings—a southern Chinese style of chicken dumpling dressed with ginger spiced black rice renege and Sichuan-style pepper oil; the Beef Satay—inspired by the Singaporean recipe; the Napa Cabbage Salad served with orange, fennel, peanuts, and fish sauce; and the Chicken Fried Rice, made of Chinese-style fried rice flavored with sesame, scallions, and Chinese rice wine. 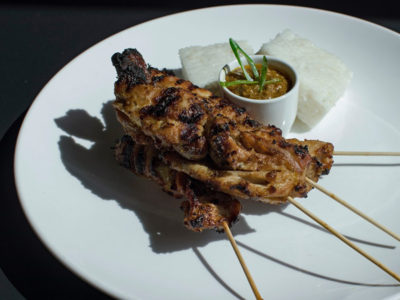 Overall, Glitch’s menu is consistent with the ingredients used in each dish and makes for a unique night out with authentic Cambodian flavors sprinkled within all-American classics. Glitch’s official opening to the public will be next month, but it is easy to see that the restaurant is already a one-of-a-kind addition to the Greater Palm Springs nightlife.