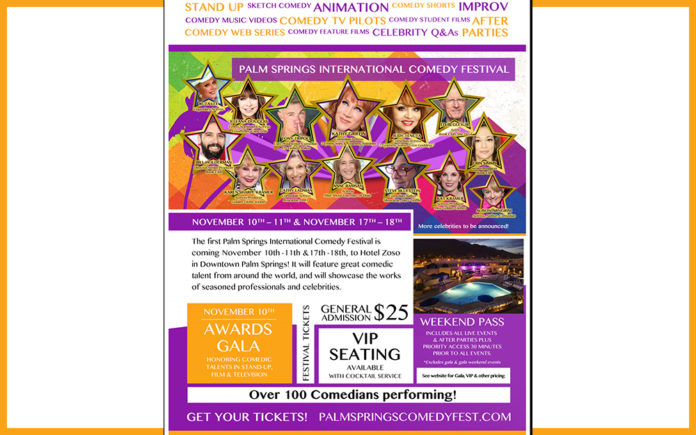 The fun-filled event that will be held over two weekends in November (November 10-11 & 17-18) will feature more than 100 stand up comics from all over the world, who will compete in front of a panel of celebrity and entertainment industry experts for a thousand dollar prize and their own half-hour comedy special on Step 1 TV www.step1TV.com (KTVA channel 35.10), to be filmed in Palm Springs.

Tickets can be purchased at the festival’s website https://palmspringscomedyfest.com/tickets/

“Come for the Laughs. Stay for the Parties.”