By Jennifer Tan AKA Mrs Fett

Throughout the Alpha, and Beta testing of TitanFall, I wrote about a poetic love story filled with new weapons, Ogres, and an entirely new way to enjoy a first person shooter title. Unfortunately, the honeymoon phase is now over, and the bickering has commenced.

Every title that I have ever purchased has always had a campaign. It’s like the veggies to my pot roast. Yeah, I can do without, but it’s never going to be the same. So when I was informed that TitanFall had no campaign, I was almost enraged. How can you release a brand new game, at full price nonetheless, without a campaign? There is no story to pull you into WHY these Titans are here, who were they developed to fight, and more importantly, DID WE WIN!?

If you are going to charge me full price for a multiplayer only experience title, then you better have your mechs in a row, so to speak. One of the greatest perks to having campaign on FPS titles, was the ability to rage quit MP matches, and jump into campaign for a bit. Just because I don’t want to play MP, doesn’t mean I don’t want to enjoy the game. Something Respawn failed to consider when making the decision to remove a large chunk of the gaming demographic from their development process. It almost seems like we are back at E3, listening to Microsoft explain their “No internet? No Xbox One” policy. That lasted long….

The multiplayer experience is still amazing. One in which other developers should strive to achieve. Effortless integration between mech and pilot, immersive maps navigated with ease, and a balanced weapon system.

“Titanfall’s network performance is vital to its reception, since it’s a multiplayer only title. Respawn Entertainment is grateful to Microsoft for taking on that burden” -VG24/7. Which means, the first ever, multiplayer only title, was placed on Microsoft’s Azure Cloud. An idea that was launched with great hopes, only ended in crashed servers, lost games, split frames, and the inability to play at all.

This is the first title I don’t have the ability to base my score on both campaign and MP experiences.  So with that, I can only give the game a heart breaking 6. Between crashing, lost scores, and ripped frame rates, Azure might not be the route we should be taking for our next gen MP cloud needs… 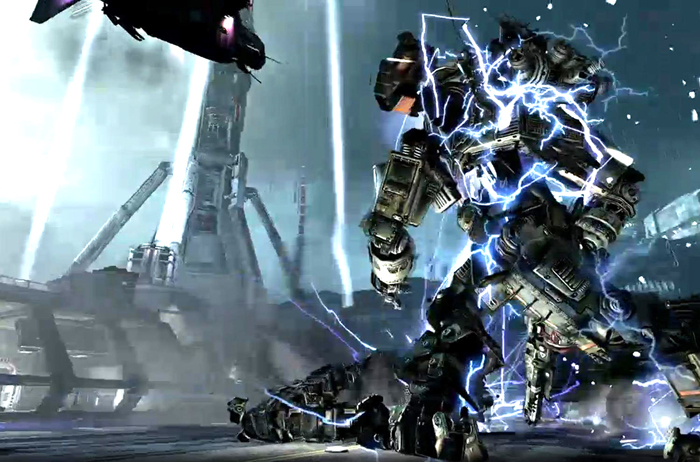