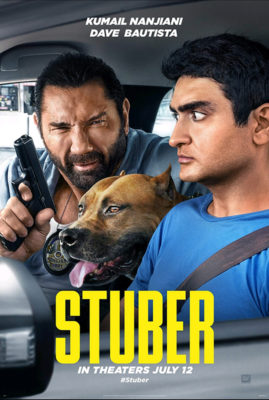 The best things about this middling buddy action adventure are the two leads: Kumail Nanjiani and Dave Bautista.  However, the movie fails to blend its contrasting genres instead settling for a surprisingly violent and moderately entertaining diversion that’s an okay escape in a cool theater on a hot summer day.

When Mild mannered Uber driver Stu (Nanjiani) picks up a passenger (Bautista) who just happens to be a cop on the trail of a brutal killer, he’s thrust into a harrowing ordeal in which he desperately tries to hold onto his wits, his life and his five-star rating.

Sometimes dumb fun, ludicrous violence, lame humor, bonehead plot twists – and of course excellent central air — are enough to be grateful for on a blazing hot day in the CV.

New Blu or the Home Theater:

THEY SHALL NOT GROW OLD 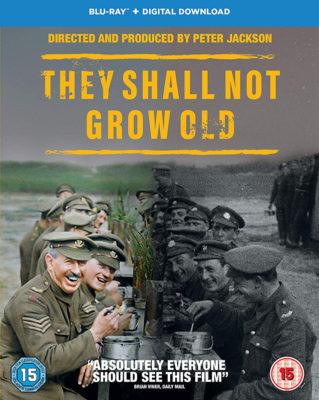 A truly masterful technical achievement with a powerful emotional impact, They Shall Not Grow Old is a brilliant and timeless cinematic tribute to the sacrifice of a generation.

Utilizing never-before-seen century-old footage, Peter Jackson directs this poignant homage to the British troops of the First World War with of soldiers as they faced the fear and uncertainty of frontline battle in Belgium.

Digitally restored, remastered and colorized, the footage was scrupulously studied by forensic lip reading experts whose transcripts were recorded by voice actors and used as audio for the film.  Overlaid by an authentic narrative from interviews made in the 1960s and 1970s from those who partook in the war, this extraordinary tribute to those who fought and sacrificed in the “Great War” deserves to be seen by all as a reminder of the human cost.  I was especially moved by the palpable tension and the look of fear on the faces of the soldiers.  Strongest recommendation.  A great extra in Director Jackson’s on-screen narration of how the film was crafted and why.  Warner Bros. Home Ent. 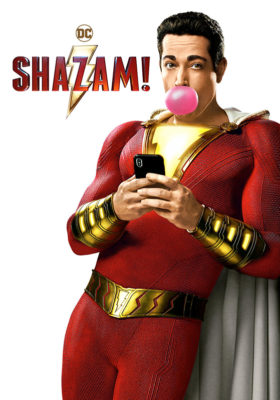 We all have a superhero inside us, it just takes a bit of magic to bring it out.

In Billy Batson’s (Asher Angel) case, by shouting out one word – SHAZAM! – this streetwise 14-year-old foster kid can turn into the adult superhero Shazam (Zachery Levi), courtesy of an ancient wizard.  Still a kid at heart still a kid at heart, but now inside a ripped, godlike body, Shazam revels in this adult version of himself by doing what any teen would do with superpowers: have fun with them!  Can he skip his social studies test?  Shazam sets out to test the limits of his abilities with the joyful recklessness (and innocence?) of a kid.  But he’ll need to master these powers quickly in order to fight the deadly forces of evil controlled by Dr. Thaddeus Sivana (Mark Strong. 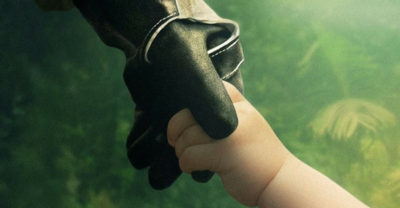 oche, André Benjamin and Mia Goth) stars in the sometimes haunting, intermittently thrilling and visually inventive space odyssey about Monte (Pattison) and his baby daughter who are the last survivors of a damned and dangerous mission to the outer reaches of our solar system.

The crew – death row inmates led by a doctor (Binoche) with less than honorable motives – has vanished.  As the mystery of what happened unravels, father and daughter must now rely solely on each other if they are to survive.