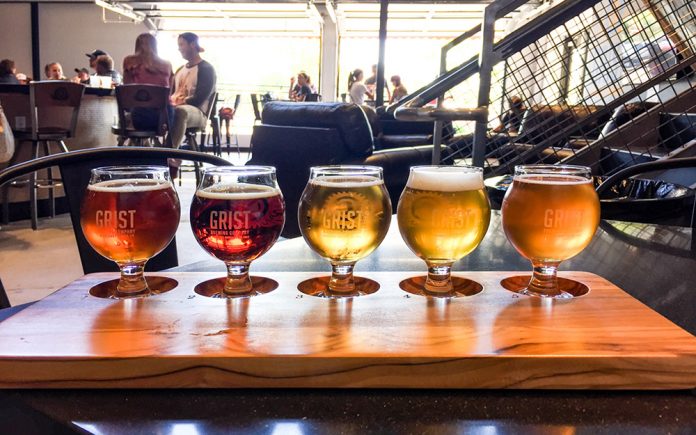 One of the very best ways to explore the vast myriad of styles and flavors of beer is to get out and visit the local brewers at one of the many Tasting Rooms which dot the Coachella Valley. They are scattered like seeds in the desert wind, so no matter where you reside, the odds are stacked in your favor that there is one within five miles of where you reside.

There are many advantages to visiting a Tasting Room as opposed to heading out to a bar or restaurant. First and foremost, you should encounter a knowledgeable staff who comprehend the many idiosyncrasies of their products and can assist in steering you toward a more pleasurable experience. They should understand their portfolio of beers and be able to accurately guide you through the tasting experience.

Another benefit of visiting the brewery Tasting Room is freshness. Considering the fact that three of the four ingredients in beer are malted barley, water, and yeast; beer is best described as liquid bread. Just like bread, beer tastes best the closer to when the production process is completed. There is simply no comparison to a fresh loaf of bread right out of the oven from your local bakery; nothing available at the grocery store can hold a candle to the spongy, doughy texture and flavors which simply pop. Beer is exactly the same way, so going straight to the source makes all the sense in the world.

A third advantage of visiting a Tasting Room is the experience. Employees understand the many nuances in pouring beer, and they do so in beer-ready glassware in an effort to enhance the tasting experience. What is a beer-ready glass? Quite simply, it’s a glass free of anything detrimental to the visual appeal, aroma, and taste of the beer. Beer-ready glasses, often referred to as beer-clean glasses will optimize flavor, delivering beer just as the brewer intended it to taste.

Speaking of delivering beer just as the brewer intended, the beer lines in the draft system at brewery Tasting Rooms are, as a general rule, much cleaner than those of neighborhood bar or restaurant. Great brewers are natural born cleaners and their neurotic OCD cleanliness issues extend to the system in which they use to pour their beer. Yeast and microorganisms never sleep, so a thorough cleaning and sanitizing of the beer delivery system is generally conducted every fourteen days…and in many cases, even more frequently than that.

Tasting Rooms come in varying shapes and styles. Both La Quinta Brewing and Coachella Valley Brewing have Tasting Rooms located in the actual brewing facility. In addition, La Quinta has two satellite Tasting Rooms; one in Old Town La Quinta and another in Downtown Palm Springs. These outpost locations have one advantage over brewery locations in that they may offer guest beers from other breweries while the production facilities may only pour their house beers. Desert Beer Company in Palm Desert and Las Palmas Brewing in Palm Springs fall into the brewery category as well.

Another variation of the Tasting Room theme is the Brewpub. These are pubs or restaurants with a brewery on the premises making their own house beers as well as offering guest beers. Local examples include Babe’s Bar-B-Que at The River in Rancho Mirage and my home base, the brand-new Taproom 29 located just inside the entrance to Spotlight 29 Casino in Coachella. While most brewpubs tend to serve basic ‘pub grub’, both Babe’s and Taproom 29 have fantastic menus and offer an eclectic dining experience. Fun fact: Babe’s is by far the oldest operating brewery in the Coachella Valley, having been opened in August of 2001 by Don Callender, founder of the Marie Callender’s restaurant chain. Don also opened two other breweries; Babe’s Slim Pign’s in Redlands and P.H. Woods in Moreno Valley. 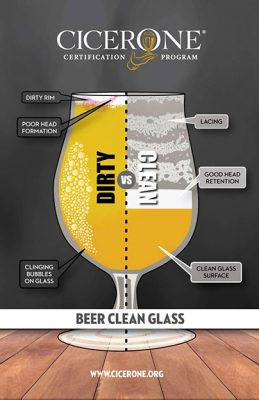 My tasting strategy when visiting a Tasting Room for the first time is to opt for a tasting flight of four or five sample pours of different beers. Most of the sample glasses range from four to six ounces and the flight is generally priced close to what a full pint would cost. This allows me to evaluate several beers without suffering from palate fatigue while avoiding overconsumption as well. Samplers are a great way to branch out when tasting styles you might generally avoid or have never experienced before. It’s much easier on the psyche to dump two or three ounces of beer as opposed to twelve or fourteen…and it is more cost-effective as well.

When putting together a flight, my approach is to arrange the beers from the least bitter to the most aggressively hopped. If you are unsure of the preferred tasting order, your beer guide behind the bar will be happy to lend some assistance in this area…they should be expertly trained on this subject. The old adage of tasting from the lightest to the darkest just doesn’t apply any longer. 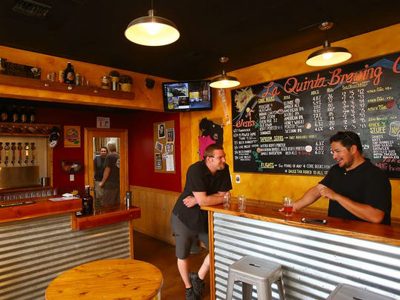 As you taste your flight, pay special attention to the story each beer is telling you in three parts; Entry, Midtaste, and Finish. Make note of what you enjoy and what doesn’t exactly make you happy as this will come in handy when your flight has been completed. Finished your flight? Now it’s decision time and you generally have two options; purchase a full pint of your favorite from the flight, or, in establishments with an extensive tap list, dive right into a second flight. You win either way, but one word of caution; if you are used to American Light Lagers, these beers will pack a punch which may surprise you. Plan ahead by designating a driver or utilize a rise-sharing service such as Uber or Lyft. Without a plan, poor decisions result from the intake of alcohol and results can range from expensive (DUI) to disastrous (Death) and I need every one of you to be back here next edition when we head out to visit some of these locations.

(When Ed Heethuis isn’t brewing at Spotlight 29 Casino for 29 Brews, you will find the Certified Cicerone® / Brewmaster out on his road bike, running his dental floss ranch, or talking beer with the patrons at Taproom 29. He may be reached at: heethuis.ed@gmail.com or wherever beer may be found in the wild.