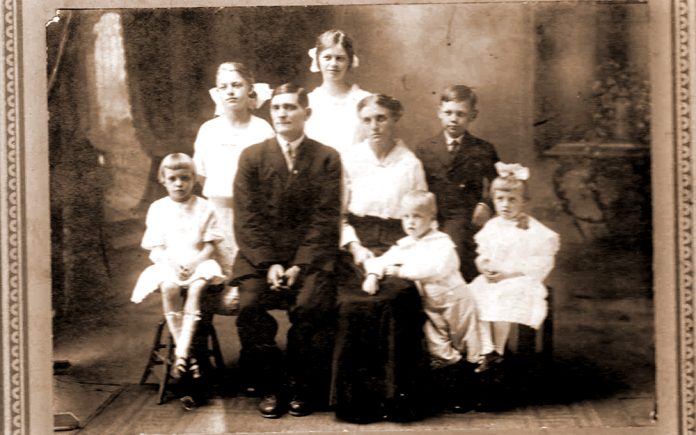 So Much of Who We Have Become Was Unimaginable by the Founders – Yet They Wrote a Constitution That Was a Living, Breathing Beacon of Democracy.

In February 1912 my 33-year-old great grandfather George Cox, was killed in the dark, cold pits of a West Virginia Coal Mine.  He left my great grandmother Annie, 29 years old, with 5 very young children and pregnant with their 6th  child.  The Mining Company offered no compensation.  Death was the risk all miners understood and accepted because they needed the work and there were no laws in place that protected them.  Four months after his father’s death, my grandfather Harry was born to a mother, who now had six babies all under the age of ten and no viable means of feeding those children.  She was forced to quickly remarry. This was her only option.

Exactly 24 years later, in February of 1937, George’s son Harry met the same fate. He had followed in the footsteps of the father he never knew and had gone into the pits to scrape out a living as a Coal Miner.   And like his father before him, the death of my young grandfather left his sixteen-year-old wife, (my grandmother Virginia,) pregnant and alone.  Within a week, she was evicted from the dirty coal camp housing where they lived, no compensation was offered and she was forced to return to her parent’s house where her mother was also pregnant, with twin boys, her 12th and 13th children.  My father was born three months before his uncles, and they all grew up as brothers.

Before Unions, birth-control, safe abortions, labor laws, environmental protections or any type of legal support system, workers and their families had absolutely no recourse when injured or even killed by unsafe work environments.  Women were trapped in a cycle of pregnancies that kept many families in debt, struggling to feed and clothe many children and prevented any means of escape for those struggling to emerge from poverty.  This was a great time for businesses. They loved keeping most of their profits with minimal oversight. There were no inconvenient safety regulations or minimum wages to worry about. No age limits on child labor or Unions demanding that 12/14-hour work days (without overtime pay,) should be reduced in favor of workers.  If an employee died or was seriously injured on the job, companies simply replaced them and moved on with no responsibility.  Women were not even a part of the equation.  Though a long and exhausting fight had finally granted them the vote in 1920, women still had no representation in government or the legal system. (Even now women comprise of only approximately 25% of elected officials.)

In 1935, when President Franklin D. Roosevelt signed the Social Security Act into law, (going into effect in 1940,) the country began to go in a new direction with the promise of helping those who became disabled and unable to work, as well as retirees over age 65. (Not a high probability in my family of West Virginia Coal Miners.) By the 1950’s Unions and labor regulations were being implemented and businesses were not happy. They began looking for ways to invest their money in turning back the hands of time.

Even though Margaret Sanger had opened her first birth control clinic in 1916, (and was arrested under the guise of promoting pornography,) women still had no legal medical access to birth control. The fight for women’s reproductive control continued for decades, keeping women impoverished, unable to pursue education or jobs, trapped in abusive marriages and often unable to properly care for children who would continue the cycle of poverty. It was not until 1965 that birth control was finally legalized for married women, (Griswold v Connecticut,) and for single women in 1972, (Eisenstadt v Baird.) 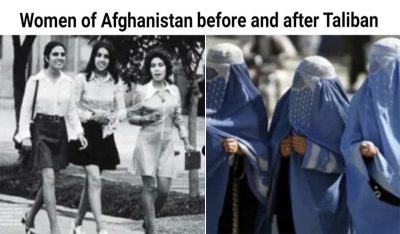 Roe v Wade, allowing safe and legal abortions, passed in 1973 and while a literal life saver for the following generations of women, it seemed to be the final straw for those in the Conservative and Nationalist movements.

It was not until 1974 when Congresswoman Bella Abzug got the Fair Credit Opportunity Act passed in Congress, that women could even get a credit card in their own name. The law made it illegal for any financial institution to discriminate against applicants based on their religion, race, national origin—and gender. Until that point, women could only have credit cards in their husband’s name.

The U. S. Supreme Court, (both Democratic and Republican appointees,) had been making a lot of decisions based on the 14th Amendment to the Constitution. Passed in 1866 and modified in 1868. The 14th Amendment basically says that “No State shall make or enforce any law which shall abridge the privileges or immunities of citizens of the United States; nor shall any State deprive any person of life, liberty, or property, without due process of law; nor deny to any person within its jurisdiction the equal protection of the laws.”

Originally written to protect black men after the Civil War, over the next century it was interpreted and used to recognize many rights and freedoms for all American citizens. The right to privacy helped to outlaw racist Jim Crow laws in the South, grant the freedom to marry for both interracial and LGBTQ couples, legalized birth control, the right for adult, consenting couples to have sex in whatever manor they chose and it was the underlining consideration for Roe v Wade, (abortion.) The right to privacy, liberty and freedom is the foundation of America.

America was progressing, granting rights to women and minorities.  Women could control their own reproductive health, decide for themselves when to have children (or not.) Gain higher education and enter the workforce. Strive for their own goals and successes, without the threat of derailment by an unplanned pregnancy. America was achieving her goal, as a truly democratic society.  Economic freedom for women creates peaceful and stable societies.

But for a minority who felt their power was becoming equal to, not greater than, women and people of color, something had to be done.  And so over the following decades, a campaign of mis-information began.  Every law and regulation that was established to support workers, the environment, help women or minorities grow and thrive, was slandered and labeled as liberal ‘Socialism,’ and considered a threat to what had been the traditional and accepted norms in America.

For a minority of the right leaning segment of American culture, the whole concept of granting women and people of color equal protection under the law was too much.  Since the writers of the American Constitution did not mention women or blacks in their original document, (written in 1787,) many Nationalists, have equated progress and equality with Socialism and a wrongful deviation from the original intent of the Founders. (This ‘originalist’ belief does not extend to the 2nd Amendment, when only muskets were available at the time.)  It is an unfortunate reality for America, that this radicalized minority has been allowed to impede progress for the majority.

In 1982, the Federalist Society, was established.  It’s a group of Right-Wing Conservatives, who believe that individual citizens, (male citizens, they don’t support women having control of their own bodies or reproductive choices,) can make the best choices for themselves and society. The Federalist Society and other (White) Nationalists groups that began to spring up, purported that the Federal Government should have no oversight of the States self-determination.  If an individual State wanted to deem women second class citizens and deny them control of their own bodies, restrict voting access for people of color, gerrymander the hell out of districts, so that only Republicans could win elections, deprive healthcare and education to its citizens or pollute the environment, with no regulation, it was all up to the States to determine without Federal Government interference. And big Corporations continue to pay big money to support these philosophies.  Disinformation campaigns and ‘alternative realities’ ensued and have continued to fester in the Conservative Movement. 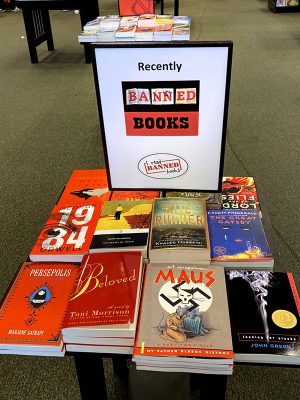 There is a radicalized effort to turn back the hands of time, strip some citizens of their individual rights and make America into a Theocracy and a Totalitarian Government, under the pretext of a constitution that is rigid and stuck in time.  Banning books, denying history, demonizing minority segments of the population and legislating control of women’s bodies, all threaten to put the United States in league with countries like Afghanistan, where women were equal citizens until the Taliban came into power and forced them into Burqas and began denying basic human rights.  So much of who we have become was unimaginable by the Founders. Yet they wrote a constitution that was a living, breathing beacon of democracy.  If they had been afraid of progress or had wanted to remain under religious and totalitarian rule, they would never have declared independence from England.