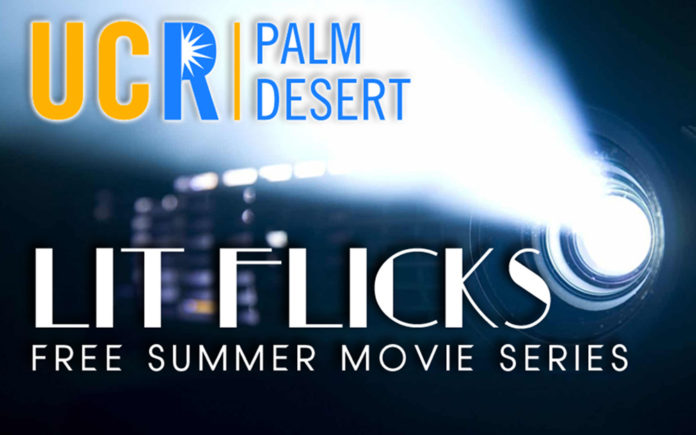 Too hot outside? Chill out with UCR Palm Desert’s free summer movie series, Lit Flicks, featuring films taken from page to screen. The theme for our new season is young adult fiction, featuring three acclaimed examples of the genre.

We encourage everyone to read the books that inspired these great films. After each screening, there will be a brief discussion facilitated by Tod Goldberg, director of UCR Palm Desert’s low-residency MFA program, to discuss the adaptation, what worked, what didn’t, and what was left out.

Atticus Finch, a lawyer in the Depression-era South, defends a black man against an undeserved rape charge and his children against a culture steeped in prejudice.

The rivalry between two gangs, the poor Greasers and the rich Socs, builds to explosive levels when one gang member kills a member of the other.

Socially awkward introvert Charlie, a freshman, is taken under the wings of two charismatic seniors who welcome him to the real world.

Screenings take place in the auditorium at UCR Palm Desert, 75080 Frank Sinatra Drive, Palm Desert. Attendance is free and open to the public.

Lit Flicks is sponsored by the UCR Palm Desert’s low-residency Master of Fine Arts in Creative Writing and Writing for the Performing Arts. Because seating is limited, reservations are recommended at http://palmdesert.ucr.edu/events or by calling (760) 834-0800.