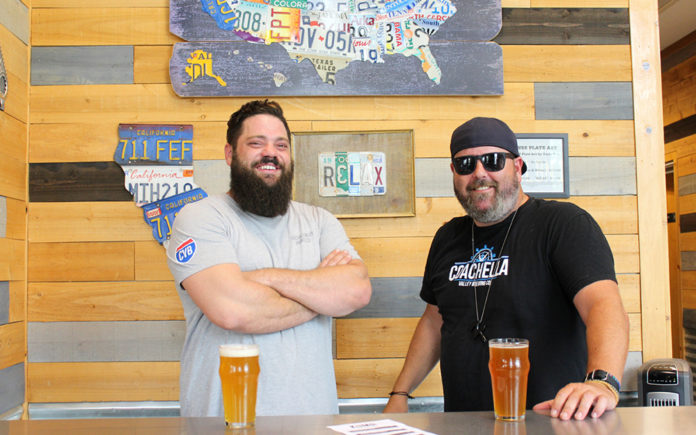 Serving Up Music, Laughs and Brews to the Masses

Nestled in the corner of an industrial park just off the I-10 in Thousand Palms is a cool, unassuming little brewery that has been earning quite a reputation for not only their tasty, one of a kind beers, but as a local hub for entertainment. From open-mic Wednesdays and acoustic Sundays, to comedy nights and full on mini-festivals with multiple bands and stages, the folks at Coachella Valley Brewing Co. keep stepping up the value and variety of the entertainment they supply, even throwing in some successful, charity fund-raisers to boot. All this work, creativity and innovation in promotion comes from the hearts and imaginations of Ben Crowson and Wes Gainey. 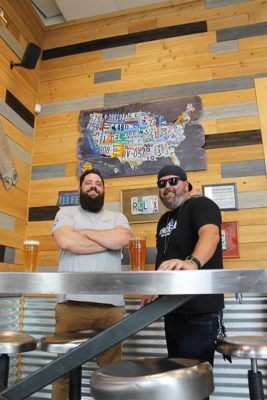 More than just a couple of charming peas in a pod who both happen to have highly enviable beards, Crowson and Gainey are musicians in one of the desert’s funkiest jam-bands, Right On Right On, and co-host the hilariously random podcast, “Live from Uncle Ben’s.”

I sat down with the guys over brews at CVB where we talked about where they have been in the world of Coachella Valley entertainment and where they would like to head in the future.

CVW: So I guess it all started with Right On Right On?

Crowson: “Basically, yeah. Right On Right On started in 2011 and we really were a different band back then. When Wes moved back down from the Bay Area, he joined us in 2013 and we eventually became what our current incarnation is.”

CVW: I do remember there being occasional shows back in the early days of CVB opening, but nothing at all on the scale that is happening now. Things seemed to really evolve and heat up after Wes took over as taproom manager, right?

Gainey: “It was kind of a no brainer to be honest. I’m a beer person, yes. But I know entertainment. I know musicians. I know promotion. Knowing and understanding that whole side of things…for some time we had a vision to make this place an actual venue so as soon as I got the go ahead, I started building it more and more.”

CVW: For folks who have yet to check out what’s going on during any given week here, what can they expect?

Gainey: “At this point we are having some sort of live entertainment, music wise, every weekend with Open-mic mid-week and a comedy show once a month. We are a brewery but, as we envisioned, it’s sort of taking on a life of its own and becoming a place for entertainment as well.”

Crowson: “And it’s getting exponentially better every month. This place is growing as a destination to a point where it’s not just us getting the people who we want here anymore. I mean, when local legend and second biggest Pearl Jam fan in the valley, *wink,* Josh Heinz specifically ask to have his birthday event here it was fantastic for us and a huge kick to our egos. Not to mention the amazing food that is provided on weekends from Kuma catering, of course! There is so much happening now that there is no telling how far we can take this and at this point we aren’t looking back.”

You can check out some of the wisdom and shenanigans of  Crowson and Gainey on their podcast at livefromunclebens.com.

Keep up with all of the happenings at CVB through social media.