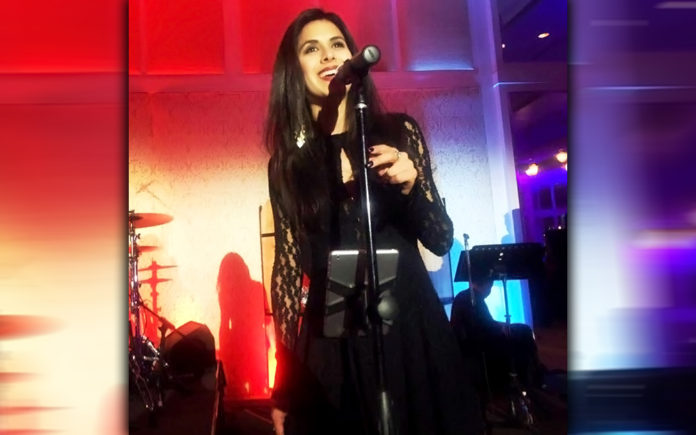 If you’ve seen and heard Meagan Van Dyke perform, you know her passion for the arts. Starting at the age of 7 and influenced by her mother, her love for music has progressed over 25 years with demonstrated success in the collaborative form of fine art known as modern theatre and the Coachella Valley and Southern California music scenes.

Also nominated for 2019 CVMAs in the categories of Best Jazz Vocals, Best Adult Contemporary and Best Cover Band, Van Dyke is anticipating continued prosperity for the remainder of 2019 and beyond. 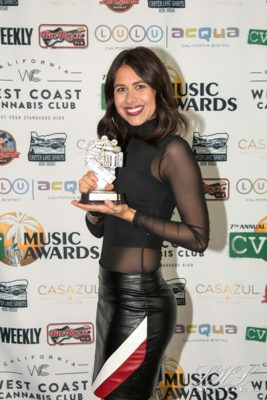 Van Dyke: “It’s very humbling to be a part of something that brings the gift of music to the world. I’ve seen these strong, female singers throw it down on stage and to be named among them is pretty surreal. I’ve been in love with music and what it does for people for as long as I can remember. Whether it was putting on a show for my neighbors or just singing for my mom, it always brought so much joy and happiness to my life. I could never quite explain the feeling that I got from stepping on stage, but it was one that I knew I wanted to feel for as long as my body would let me. My win for Best Female Vocalist is a highlight of my career. To be honest, I still don’t have the words to explain the feeling, but I’ve found that the high is much like being on stage, drenched in lights and feeling the energy of the audience. There’s nothing like it.”

CVW: You were also nominated for Best Jazz Vocals, Best Adult Contemporary and Best Cover Band for your work in Trio Envy. Tell me how each of those nominations moved you.

Van Dyke: “It’s a really great feeling when your community recognizes the hard work you put into what you love. Through music, I’ve only ever had a few goals; to be on stage, perform, sing the songs I love and make people happy while doing it. If the crowd is having a good time, I’ve done my job. Each of these nominations has definitely given me the confidence to know that I’m doing something right. The Coachella Valley is full of talented, Rockstar musicians and it can be tough to put yourself out there. What drives me to never give up is knowing that I do this because I can’t imagine living without it. The stage is my home and that’s what continues to move me.”

CVW: In the last year Trio Envy has really developed a large following and your vocal performances are one of the reasons for the success. What has it meant to you to be involved with the group? 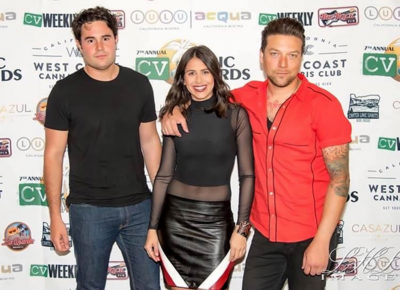 Van Dyke: “It’s been a busy year for us! I absolutely love being a frontwoman, but without the force that is Doug VanSant and Nick Sosa, I may not have had the musical success I’ve had in the last year. When the opportunity came to join the guys, I jumped at the chance. After years of working in other bands, I knew this would be the perfect opportunity to really dive in and have a hand in creating my own band. To sit in the middle of Doug and Nick, two incredible musicians who each live in this creative realm where they are constantly conjuring up these ideas of how we can make our sound better, it’s eye-opening. They both really immerse themselves in their art. The way they approach music has definitely made me see and feel music in a whole different way. It’s made me a better human and a better singer because of it.”

CVW: You are also a well-known actor as well and your performance as ‘Nina Rosario’ in In The Heights last year was nothing short of spectacular. Do you often look back at your performances and do you miss it?

Van Dyke: “All the time! Theatre was where I got my start. It’s always been at the forefront of my life. It was on the McCallum Theatre stage that I got to feel what it was like to have a dream and to be passionate about something. I’ve been so lucky to play amazing roles on some incredible stages. There’s nothing quite like getting a script for the first time and reading it front to back. The excitement you feel when you get to play this character and really dive into who they are, it’s pretty exhilarating. I’m constantly inspired by new musicals and I always keep the door open for a good role. I still have some ‘dream roles’ I’d love to pursue someday.”

CVW: Are you still involved with the College of the Desert Performing Arts Program?

Van Dyke: “I will always support the Performing Arts Program at COD in any way I can. I owe much of my success as a performer to COD. Growing up, I was heavily involved in the Performing Arts Program. At 8 years old, I was in my first production and by the time I was 18, I was enrolled in every theatre class I could get into. By the time I graduated high school, I had more college credits than I knew what to do with. Theatre director Michele Gaines and musical directors Scott Smith and Darlene Romano gave me opportunities I couldn’t have dreamed of. I always considered (and still do) them to be mentors and people who pushed me to be the best I could be. The knowledge and confidence I received helped me to stay focused and on track and I am forever grateful to them.”

CVW: Are there any other plans for you and Trio Envy besides working the resort and corporate circuits?

Van Dyke: “We are currently focused on building the ‘Envy’ brand. We want to continue riding the wave because we’ve built a pretty good thing together, but we want to expand our musical presence. We’ve already been fortunate enough to perform all over Southern California, so our goal is really to keep making these small strides in order to have bigger success. I, personally, have goals that I want to achieve in the next year. One thing I’ve always wanted to create is an album of me singing all my favorite cover songs. It’s a work in progress, but it’s something I would love to have forever! My main focus is to stay busy in the music scene, create new opportunities and just continue to do what I love.”

CVW: You and Dougie VanSant (The Flusters) are a dynamic musical power couple and a great example of the romantic/working relationship. What would you like to share about what makes it work?

Van Dyke: “Working with Dougie on a professional level has been one of the greatest joys of my music career. We’ve really gotten to watch each other develop and grow musically and spiritually. It’s a pretty incredible thing to strive for the same goal with the person you love. Like any two artists, we do have creative differences, but ultimately, we always try to remember that we are running in the same direction with a total understanding and appreciation for what the other person is bringing to the table. We both work so hard and so much and at the end of it all, it feels good to know that we’re on the same team and that we just want to give our best not only to our work, but to each other.”

We reached out to VanSant about Van Dyke’s achievements: “Winning Best Band was awesome but I have to be honest, my proudest moment of the night was hearing Meagan’s name called as Best Female Vocalist. I’m so lucky to be able to share my life with such a beautiful, amazingly talented partner.”

Currently, Trio Envy are performing every Friday and Saturday at the Miramonte Resort and Spa in Indian Wells, California from 6-10 p.m.