When I got the opportunity to interview Vicki Lawrence about her upcoming show in the Coachella Valley I jumped at it. Her iconic television presence on the Carol Burnett Show and Mama’s Family has left an indelible mark in the memories of countless TV goers including myself. On December 4th, 2015 she will be performing at the Aqua Caliente Casino Resort in Rancho Mirage bringing all those great memories to life with her show, Vicki Lawrence & Mama, A Two Woman Show.

Lawrence has been on tour with her show since 2002, bringing her and Mama’s entertaining brand of laughter to the masses. The show consists of the Emmy Award winning comedian engaging the audience with autobiographical stories, including her life on the Carol Burnett Show from 1967-1978, how she met her husband, as well as a performance of her 1973 hit, “The Night the Lights Went Out in Georgia” plus much more. 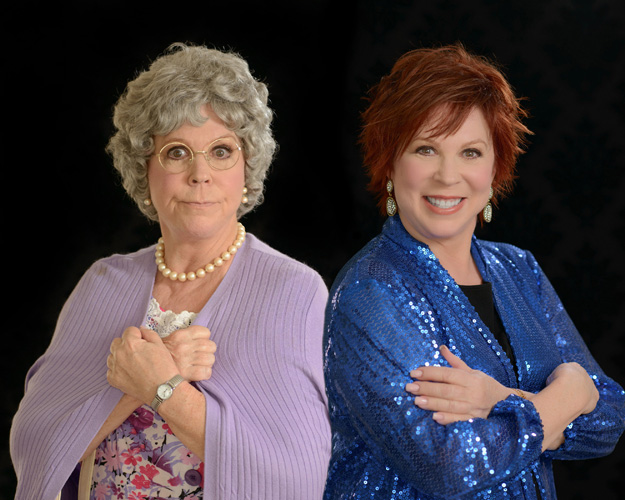 The show also brings out Mama, which Lawrence loving refers to as her evil twin. The character is based on the comedy sketch first introduced on the Carol Burnett Show. The Mama character, Thelma Harper, played by a then 24 year-old Lawrence, became a hit and eventually turned into a show of its own, Mama’s Family, “She’s just so popular,” says Lawrence.

Mama has a mind of her own, and speaks with an unfiltered tongue extending her views on everything from current events to politics, all with her own Mama logic, “I love when the audience doesn’t know where Mama is going to go,” said Lawrence.

Lawrence is no stranger to the Coachella Valley, and has often visited the area on trips with her family, “We get out to Palm Springs when we can,” she says.

The December 4th performance will serve as the tours final stop, as her and her team will take a long awaited break.

Pleasant and charming, Lawrence’s show starts at 9pm at the Show venue at Agua Caliente Casino Resort and promises to enthrall audiences with a night of legendary comedy, song and a whole lot of Mama!