Krystal, West Nile has been detected in 91 mosquito samples so far this year in the Coachella Valley. This is the second highest year of West Nile activity in the valley in the past decade, second to 2012, when 105 samples were positive at the same time of year. Most people (70-80%) who become infected with the virus will have no symptoms. Only less than 1% of those infected will develop a serious neurologic illness, such as  encephalitis or meningitis. The chance of dying if you develop the neurologic illness is about 10%. Krystal, the odds are in your favor and I wouldn’t be too worried about it. 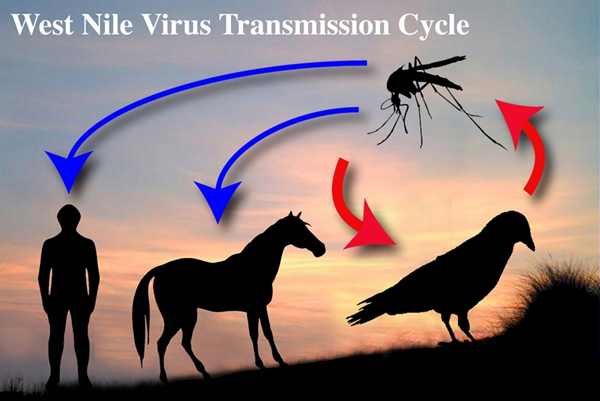 Most people get infected with West Nile Virus after they are bitten by an infected mosquito. Mosquitoes become infected when they feed on infected birds.

People over the age of 60 are at greatest risk for the severe form of the disease, along with people with autoimmune conditions, cancer, diabetes, high blood pressure, kidney dieases, and people who have received organ transplants.

The most effective way to avoid West Nile Virus is to prevent yourself from being bitten by a mosquito. Mosquitoes are most active between dusk through dawn. Empty standing water from flowerpots, buckets and any other container you might have around the outside of the house since mosquitoes lay eggs in large bodies of water.

Doc, I just got over a cough, sore throat and runny nose. How do I know I didn’t have West Nile? – Oscar, Coachella

Oscar, it sounds like your symptoms were more along the lines of a cold which is not caused by West Nile Virus. Approximately 70-80% of those bitten by an infected mosquito will develop no symptoms. Of the remaining 20-30% that become symptomatic, they will develop a fever along with possible headache, body aches, diarrhea, vomiting or rash. In the rare cases when a neurologic illness develops, symptoms can include severe headache, high fever, neck stiffness, confusion, tremors, seizures or paralysis.

West Nile Virus can be diagnosed with special lab tests of the blood or spinal fluid.

There is no cure or vaccine for West Nile Virus. Most over the counter pain relievers can be used to treat the symptoms. Push fluids and rest. Infected individuals with the milder symptoms will typically recover on their own. Severe cases will require hospitalization.

Why is it called West Nile Virus? – Eric, Indio

The disease was first discovered in the West Nile district of Uganda in 1937.