In the happy hedonism of today’s hectic lifestyle, everything has to be meaningful to your life, a self-indulgent fix, or a narcissistic pleasure. Is it a quiet background? Does it help you study, or work, soothing your day under pressure? Or is it often blasting through earphones into the deep recesses of your brain, as endless stimulation? What music do you listen to? Rock, and its many variations? Country? Classical in its centuries of variations? American Songbook “standards?” Broadway show-stoppers? Opera? Cowboy? All-American Jazz? Barber shop Quartets? String Quartets? Need we go on? I think not. Suffice it to say, if you can’t find those choices on the list and more in our desert in season and beyond, you’re not looking hard enough. And tomorrow we give you one word: COACHELLA: The Coachella Valley Music & Arts Festival at the Empire Polo Club in Indio strikes up the fav-rav bands of note now. It’s a Music-o-Rama so huge they provide two weekends for it. Have fun! Other musical and non-musical options? Read on.

Thursday, April 10, 5 – 7pm. Different Shades of Lipstick…Women Influencing Culture. This is serious, women! Listen up as Palm Springs Women in Film and Television (PSWIFT) partners with the Rancho Mirage Cultural Commission for the opening of the Rancho Mirage Cultural Festival with a dynamic discussion of how women in our industry have effected change in our popular culture! Pardon our sniff, but was there ever any doubt? Start your engines at 5 pm with introductions to celebrity panelists Germaine Franco, Shari Belafonte, Stephanie Kramer and Ruta Lee, followed by a 50 minute panel discussion of how film, TV, and new media (social?) have influenced our lives and intimating how the future trends will affect society and our culture tomorrow. After a Q & A, there will be a delicious wine and cheese reception. Best news: The RM city council will be awarding a $1000 scholarship to a young college-bound student in the arts and entertainment industry. The free event is at the RM city hall, Hwy 111 and Frank Sinatra Drive. PSWIFT will be videotaping the event to share with high school media programs. 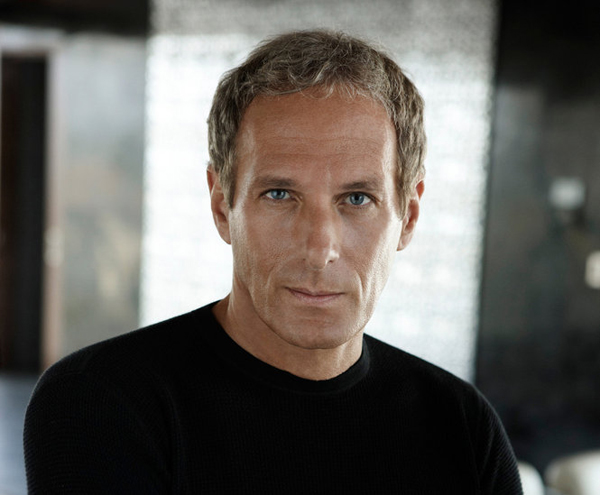 Saturday, April 12, 8pm. Heart- chart topper: Michael Bolton appears one night only with the Desert Symphony to celebrate its 25th Anniversary Gala at the McCallum Theatre. The original “smooth operator,” a love-balladeer, a tender tenor contender in soft rock offers a rough-hewn vocal timbre that speaks sultry volumes in word and need. A few of his hits: “How Am I Supposed To Live Without You,” “The Best of Love,” “Missing You Now,” are from an all-American singer/songwriter whose prodigious output has been compared to “a fine wine” and savored since 1975. The winner of multiple American Music Awards and Grammy Awards, Bolton has recorded eight top 10 albums and two number one singles on the Billboard charts. Dinner and performance tickets are available by calling the Desert Symphony at 760-773-5788, or 760-779-1332. Performance only tickets are available at the box office or call 760-340- ARTS, or online www.McCallumTheatre.com., or at the box office. Ticket sales go to fund this non-profit 501 © (3) #95-3871126. The McCallum Theatre , 73000 Fred Waring Dr., Palm Desert.

Saturday, April 12, 8pm. Tenors are the Viagra of any opera –and have been for centuries. They are the lovers who as the curtain falls at the end of the night are clutching the heroine—even as they step back from the mirror. As it should be, the last scheduled performance of the season at the Annenberg Theater is the renowned Broadway Tenors featuring the Great White Way’s best leading men, a trio of savvy and sophisticated stud muffins that fill the hall to the rafters with a dazzling repertoire from West Side Story to South Pacific to Phantom of the Opera, to Les Miz and Jersey Boys, including show-stopping medleys written just for them. The swoon-worthy gentlemen are tenors and Broadway stars Stephen Bogardus, John Cudia and David Burnham. Ticket prices $60-$75.Annenberg at the Palm Springs Art Museum, 101 Museum Dr., Palm Springs. 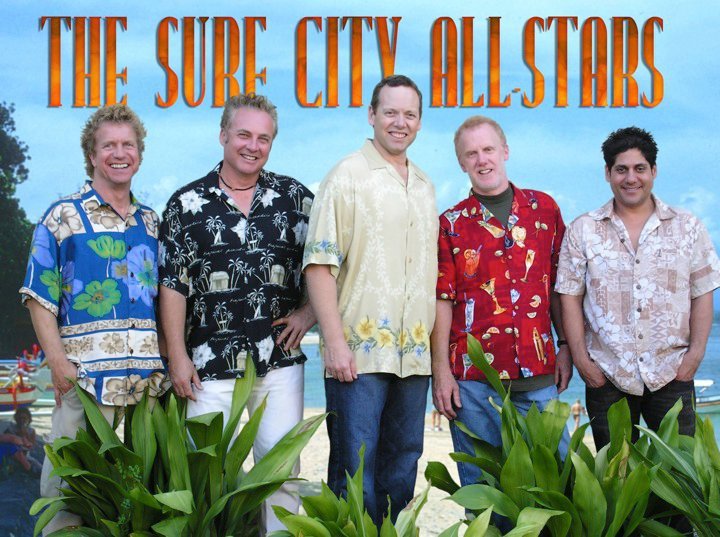 Saturday, April 12, 6pm. Sling your board over your shoulder! Let’s go hot rodding to Surf City with Jan and Dean! We’re gonna have some fun now, at the ACT for MS Spring Gala when the rock ‘n Roll event headlines Dean Torrance (of Jan and Dean) with his Surf City Allstars who re-produce the 60s vibes for the Beach Party theme wearing casual attire (guests following suit) and honoring first beach-party babe Annette Funicello, who passed away in 2003 from complications of multiple sclerosis. Get your groove on for hosted cocktails and appetizers, dinner, program with live auction and dancing your socks off! ACT for Multiple Sclerosis is a non-profit charity based in Palm Desert and is the premier provider of services and resources at no cost for low-income clients who have been diagnosed with multiple sclerosis living in the Coachella Valley.  Honorary Chairs are Rhonda & Ray Smith; Event Chairs are Founding President Gloria Greer and Current President Suz Hunt. Single ticket is $300, and Sponsorships are available, ranging from $3,000 to $10,000.All proceeds benefit ACT for MS, a Palm Desert-based charity that provides vital services free for Coachella Valley residents diagnosed with multiple sclerosis. For more information, 760-773-9806, www.ACTforMS.org. Event is at the Renaissance Esmeralda in Indian Wells. 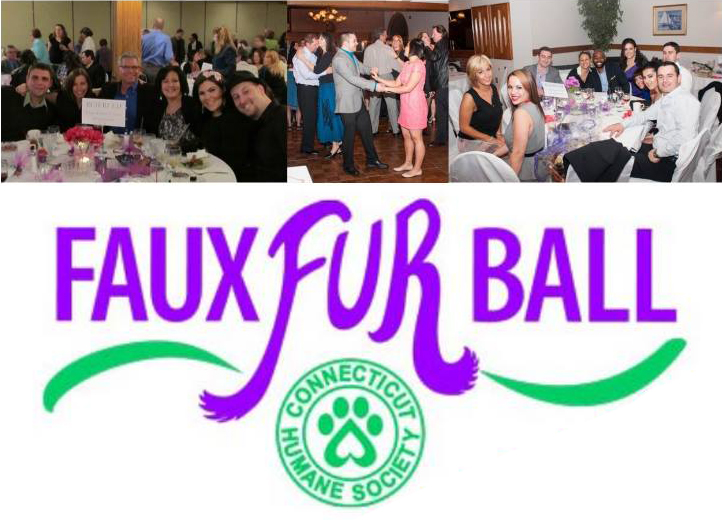 Saturday, April 12, 6pm – 8:30pm. You’re invited to the Faux Fur-Ball rolling out on the velvety lawn of the Palm Springs Animal Shelter. The liet motif, “The fur may be faux…but the fun will be real” is compounded by the cause without pause is great! Special guests are show-dragsters from Les Dames du Soleil, in the person of Bella da Ball, and others, plus TV personality the fan-tasticBianca Rae. The event’s special drinks du nuit, namely Dot-Tinis, Maude-Tinis, Bella-Tinis and classic Martinis, will be hosted by Crater Lake Vodka and Bendistillary. Tickets per person, $95. Palm Springs Animal Shelter, 4575 Mesquite Ave., Palm Springs. For more info, call 760-416-5718. 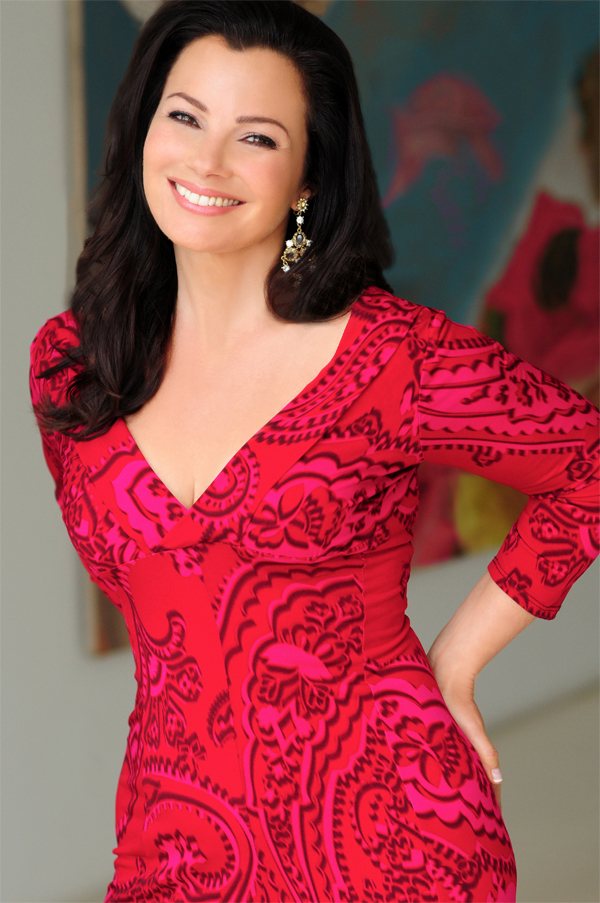 Wednesday, April 23, 6pm. Michael Childers’ “ONE NIGHT ONLY” featuring “Tradition, The Jewish Legacy of Broadway,” hosted by TV Star Fran Drescher, will benefit the Jewish Family Service of the Desert. This One Night Only is one show you don’t want to miss for its stars of every entertainment medium known to those who love Broadway musicals, TV specials, sit-coms and, laughter from the Borscht Belt to New York’s Broadway, from appreciate giggles to raucous belly-laughs. Get ready to be entertained by the best in the business, many who grew up reciting the mantra: “A little song, a little dance, a little seltzer down your pants.” General Admission tickets, $75, $95, & $195. Available at the McCallum Theatre box office, at 760-340-ARTS, or go to www.mccallumtheatre.com. VIP Theatre & Dinner packages, $450 each, call JFS, 760-325-4088. The McCallum Theatre , 73000 Fred Waring Dr., Palm Desert. 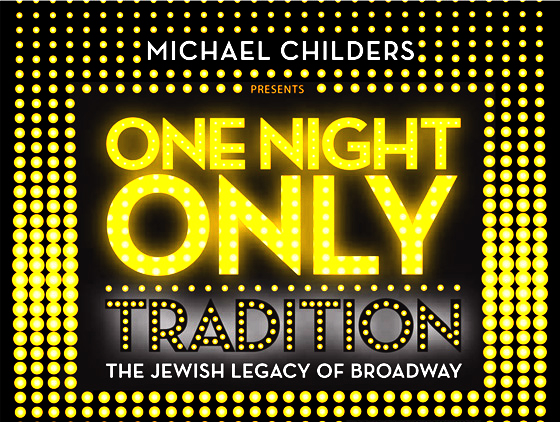