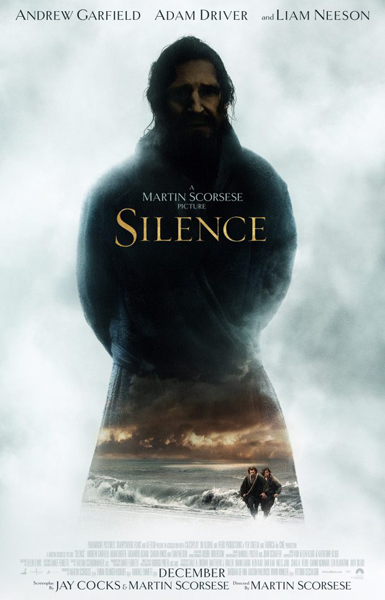 For nearly thirty years, Oscar© winning filmmaker Martin Scorsese has had Japanese novelist Shusaku Endo’s tale of a 17th-century Jesuit Missionary faced with the dilemma of whether or not to apostatize on his to-do list for a movie adaptation.

Finally realizing his dream, Scorsese’s finished film is an epic quest that’s visually stunning and spiritually – provocative – no matter the religious belief of the viewer.  But there is no doubt that the director’s well-known Catholicism (he once planned to study for the priesthood) helped fuel the filmmaking process. 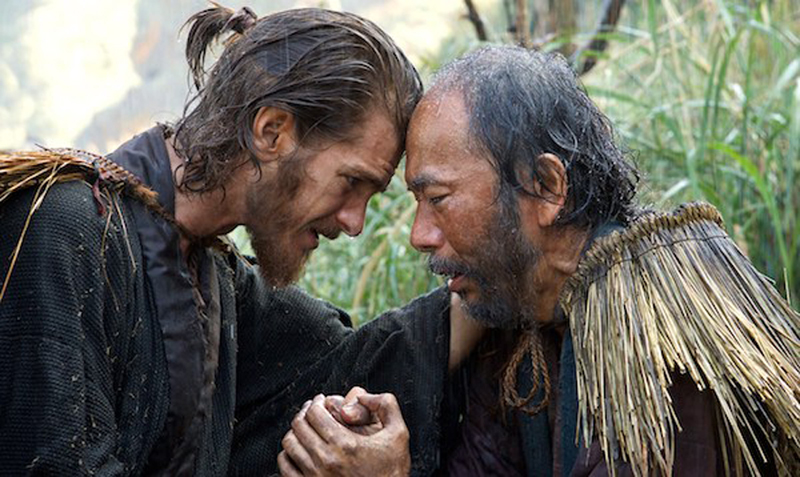 At the heart of “Silence” lies a fundamental theological question.  What does it really mean to renounce one’s faith?  In the film’s main storyline, apostasy was the weapon 17th century Japanese officials used against European colonial powers and the Christian faith they brought with them.  They – the Japanese powers that be — sought to combat the spread of Christianity among the peasants eager to embrace the notion that their suffering be a ticket to heaven.  The film follows two young Portuguese padres (Andrew Garfield and Adam Driver) as they search for their mentor (Liam Neeson) who is believed to have apostatized under threat of torture. 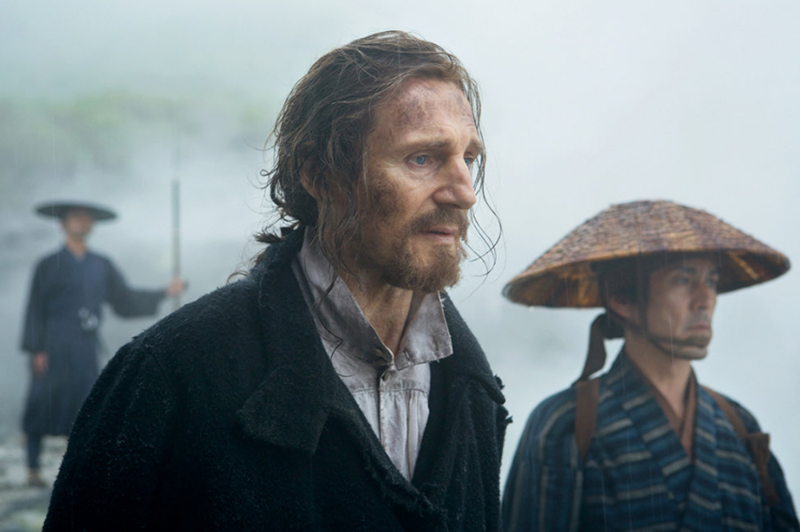 The last half of the film concerns the two priests captivity.  One is prepared for martyrdom, but the Japanese inquisitor’s diabolical scheme threatens torturing other Christians until he denies his faith.

It is God’s silence that looms over the entire drama.  How is it a loving God does not intervene or forgive apostasy under such dire circumstances?  This film forces the audience to personalize the viewing experience on a deep and profound level.  As time passes, this passion project will surely be recognized as Scorsese’s masterpiece and will provoke meaningful conversations among the devout and secular as well. 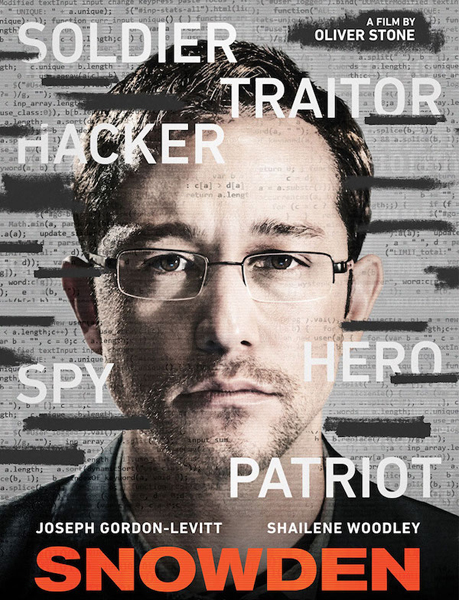 It matters not your religion or politics, this fascinating look inside the undeniably brilliant mind of Edward Snowden and the unveiling of the U.S. government’s top secrets is a must-see if the notions of security and freedom are of importance to you.  This movie is not really a debate about Snowden being a traitor or hero, but rather how much you value privacy.

Powerful, riveting, politically charged and provocative, this pulse pounding thriller reveals the astonishing untold personal story of Snowden (a terrific Joseph Gordon-Levitt), the controversial figure who exposed shocking illegal surveillance activities by the NSA and became one of the most wanted men in the world.  A hero to many and a traitor to some, the gripping story of what led him to that fateful decision makes for what critics have called “the most important and galvanizing political drama by an American filmmaker in years.

Now, with the alleged charges of Russia hacking of the just-concluded American presidential election still making headlines, this timely and informative film deserves the widest consideration. 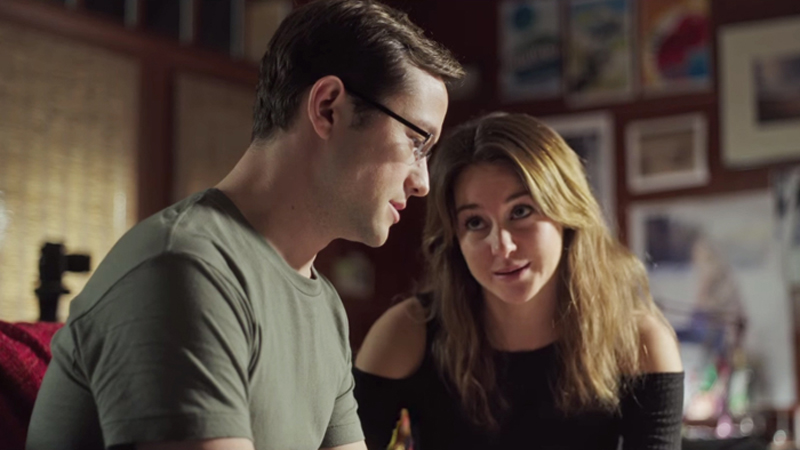 The Bly-ray edition features deleted scenes and a fascinating Q&A with Stone, Gordon-Levitt and co-star Shailene Woodley.  There’s also a nice featurette with the co-stars and Stone talking about what attracted them to the project and how they worked together to tell Snowden’s astonishing story.

A mention should be made of Gordon-Levitt’s incredible physical resemblance to Snowden.  Near the end of the film, there’s a cut from the actor to a matching shot of the real Snowden that will take your breath away – it is that uncanny.  Highest recommendation.  Blu-ray.  Universal. 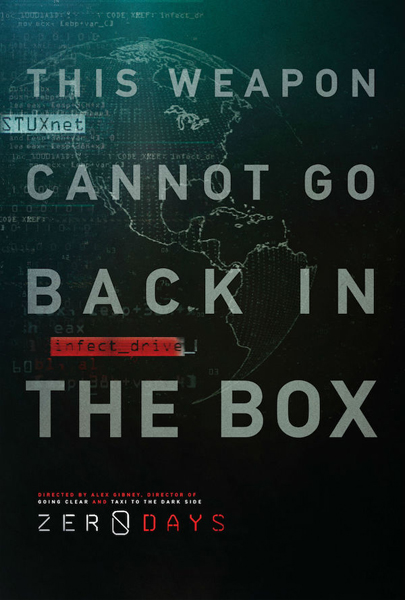 A perfect companion documentary to “Snowden,” “Zero Days” is a searing, white knuckle thriller that is both urgent and terrifying.

Academy Award® winning director Alex Gibney (Taxi to the Dark Side) dives into the covert world of cyberwarfare.  Gibney shines a light on what is believed to be a secret joint U.S. and Israeli operation to disrupt Iran’s nuclear ambitions with the use of a cyber “worm” called Stuxnet.

Featuring interviews with government officials involved in the cyber-attack, as well as the security researches who were responsible for discovering – and uncovering – it.  Gibney reveals the unprecedented look and searing facts about Stuxnet, one of the world’s first digital weapons.  A computer worm unlike any other, Stuxnet was able to wreak physical destruction on nuclear equipment while going largely undetected by Iranian scientists.  This chilling political thriller is one of the year’s scariest films.  See it with “Snowden” if you can.  It will worm its way into your dreams.  Magnolia.  DVD.

BB Ingle: The Man. The Myth. The Legend.

BB Ingle: The Man. The Myth. The Legend.