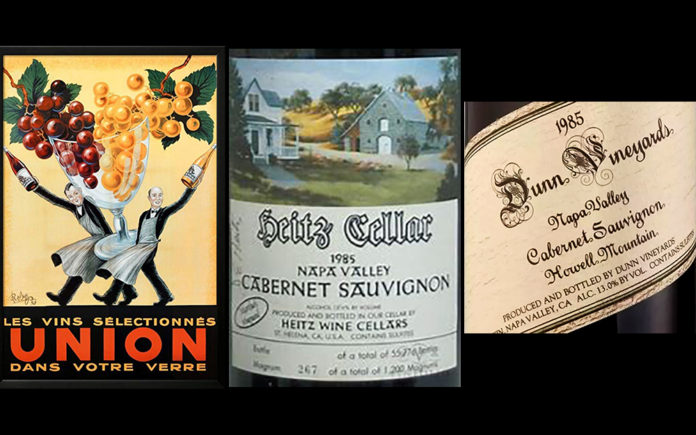 Aged vintage wines were the staple of wine collectors for so many years.  Whether one was fortunate with a home wine cellar—being it a fancy wooden wine nook, or an air-conditioned underground room, or simply a cool space under the stairway or in the closet, holding a selection of wine from great vintages of the past simply made their day.  It was if they held a time of history in their grips—well, at least a bit of wine history contained in a bottle.

These days, not so much!  The times of spending beaucoup bucks on wines twenty years or older are no longer the particular interest to the millennials or many of the new wine enthusiasts on the scene. The obvious question for most is why spend $250 on one bottle when you can almost buy two cases of good tasty wine for the same price.

Or another question becomes, is a $300 Cabernet Sauvignon really ten times better than a $30 one? Lots of folks find that comparison specious when it comes to aesthetics and wine appreciation overall.  Other folks can settle on a delicious $30 Cab. The brave new wine world can handle any position.

A great vintage year means “nature cooperated with the winemakers; vines remained very healthy and were able to produce a prolific number of buds; then on through the summer—mini heat waves and fast cooling little rains maintained the vines; thereafter harvest time was ushered in quickly and efficiently with no rain in sight

Let’s accept the fact that world class wine can age wonderfully—as it develops complexities that weren’t present in its younger days.  Sensually experiencing these flavor complexities from great wine regions, from idyllic “vintage” years, from bottles with labels and dates of the past are summed up often as one of life’s great pleasures.

The 1960s and 1970s—particularly the ‘70s—were a time when America started to notice wine and drink it.  And in the 70s, wine enthusiasts started to see that some wines had investment potential as some were increasing in price.  If one could hold them long enough, prices would rise significantly.  Many people became aware of that particular and peculiar market, and, all of a sudden, American investment bankers and others started to invest.

Little did we know that the next decade of the 1980s would bring an even greater upturn in prices.  In the 80s, great vintage years in established wine regions fueled the craze to invest in wine.  Add that to the fact that a new wine critic, Robert Parker, arrived on the scene just when the fat and juicy Bordeaux vintage of 1982 was bottled. Parker loved fruit forward wines and America seemingly followed.

At the time, I happened to enter and play the wine investment game when a wealthy client of mine asked me to buy at wine auctions held in San Francisco, particularly at Butterfield & Butterfield.  So, to be able to intelligently bid on vintage wines up for sale, I had to do my due diligence.  And so began my avocation as an enthusiast where I studied the world’s valuable bottles and drank as much as I could.

Learning the best vintage wine of the previous decades with every type of world class wine was de rigueur as I went on my way investing.  And one had to keep up with the first-class wine world that was ever expanding; fortunately my client was very pleased that we kept making lucrative decisions.

1985 was a very good year.  It seemed that every world class wine region produced excellent to great wine, be it Bordeaux, Napa-Sonoma, Australia, Rhones, Spanish reds, Portuguese Ports and Italian Barolos and Brunellos.

Be it a God thing or whatever you wish to call it, the 1985 harvest report, from all over the world, seemed to describe the vintage as a “classic growing season provided by a long, slow, generally cool summer and evidenced by very deep green foliage, probably the deepest yet seen in a decade.”  The vintage was considered as one of the best paced ever, allowing vintners a less hectic harvest when every grape seemed to ripen at the same time.

Even regular wine production was fantastic.  I remember Trader Joe’s buying all the 1985 Robert Mondavi Cabernet Sauvignon they could acquire from the winery (which meant some hard cash apparently).  Trader Joe’s had so many cases for sale that went for $25 apiece!  Those of us in the know bought as many cases as we could fit in the car.  That wine was so delicious and the best buy in decades at $2 a bottle.

When I think back, of course I made mistakes—but the mistakes were at least tasty.  Unlike those Texas brothers who captured the silver market before it tanked, we at least got to enjoy the world’s supply of 1850 Verdelho Madeira that I thought would take off as did the Vintage Port market.  It didn’t . . . but Cheers!