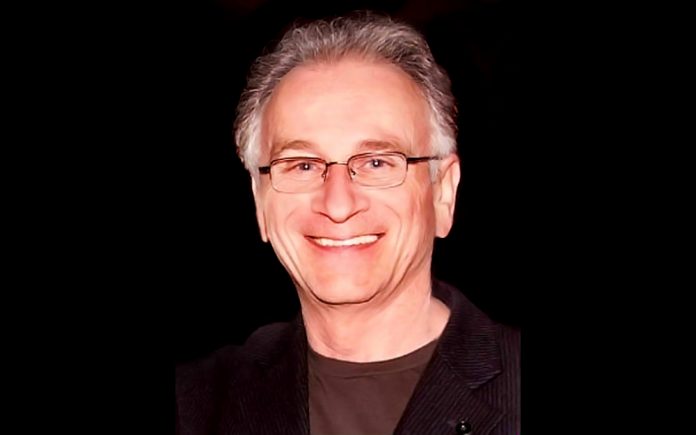 It is a trick of the eye when we look around and nothing appears to have changed.  Because in a blink, everything is different.  This desert we call home, this golden state of California, looks the same to the naked eye, but traveling with each breath is the potential of assault by an invisible enemy.  It has changed the landscape of how we live our daily lives.  How long will it be before we are able to sit in a small club again, sip our favorite drink and listen to the voice of one of the Coachella Valley’s talented singers, without a mask for fear of this contagion?  When will we again sit in a dark theatre with others right beside us, enraptured by the live performance on the stage?

Theater began with the ancient Greeks in outdoor amphitheaters. The rules of Greek drama were strict. There were three actors who played all the roles in a play, as well as a chorus. All violent acts took place offstage and were vividly described to the characters and audience by a messenger. Tragedies followed a specific structure. Each tragedy began with a prolog (a separate introductory section) and ended with an exodus, (a mass departure of the cast.) After the prolog, the chorus would sing and dance. The body of the plays consisted of episodes, in which the chorus and characters speak.

The first Greek plays ran continuously from beginning to end without a break. It was Horace (65–8 B.C.), a Roman poet, who was the first writer to divide a play into five acts.
(An act is a major division of a play.)  Breaking up the action of a play is now a common practice. Today, most plays are divided into two or three acts, and many plays have just one act.

The way scripts are written and performed, has evolved.  And because theatre has always been a reflection of our culture, subject and themes take on new meaning and significance.  For contemporary audiences, many plays have become shorter, two acts instead of three.  Better set designs, heightened music and choreography is integrated.  Sound effects and lighting that illustrate the storm taking place, as the actor speaks.  Theatre has grown with the ages and transitioned, because our society has changed.

And now, as we enter this phase of uncertainty, with theatres dark and opening dates uncertain, it’s only natural to ask… where do we go from here?

I spoke with a former teacher and mentor of mine, Simon Levy, a renowned playwright and director, Producing Director at the Fountain Theatre in Los Angeles and an instructor for the UCLA Writer’s Program.  Simon, has been in theatre for many years and is a vital member of the Los Angeles Theatre community.  I asked him where he saw theatre going?  What are the changes we would need to make in this new era? His response shed light on the future of theatre.

“I’m part of a consortium of 57 intimate theatres here in L.A. We meet weekly to discuss the current state of Theatre in L.A., and have created a number of committees to prepare for reopening once we get an All Clear. There’s no question that we’re in a significant paradigm shift for Theatre going forward. Zoom and live-streaming will be a part of our future – a combination of live and virtual audiences attending our shows. We need to embrace that new reality and prepare for it. So, theoretically, a percentage of our audience, when it’s safe and they feel comfortable, will attend live, and a percentage, who are more cautious, or live too far away, will simultaneously watch a live-streaming. I also think Zoom post-show discussions, etc. will become a larger part of our programming and a way of doing business. Elizabethan Theatre went through a series of shut downs, including one that lasted a year-and-a-half, and came back stronger than ever. Of course, they didn’t have our technology, so live was the only way to go; but the marriage of technology with contemporary theatre, forged in the crucible of this pandemic, will create new models of how we “attend” the theatre.”

The Coachella Valley Theatres have also formed their own consortium, with the new “Alliance of Desert Theatres,” consisting of the Coachella Valley Repertory (CV Rep), Desert Ensemble Theatre Company, Desert Theatreworks, Dezart Performs, Green Room Theatre and Palm Canyon Theatre. These theatres are all nonprofit organizations that rely heavily on donations, grants, fundraisers and ticket sales to not only get their shows up on its feet, but just to break even each year. Needless to say, with the current health crisis, it has also placed a heavy burden on their survival. Their public statement indicates that “Although much is unknown about the reopening of venues and events, including theatre productions, local producing companies are still creating and planning for the future. Some companies are producing online performances and concerts. Some theatres are anticipating a fall reopen, while others are planning for January 2021.”

There will always be life events, crises, forward thinking individuals and necessities, that force change.  Theatre being an integral part of our culture will grow and evolve, just as most individuals will be required to do.  Future productions will be a reflection of how adaptable we can be.  Integrating new technologies and social distancing into the presentation.  I don’t believe that theatre will be exactly the same, but I do believe that it will survive and grow and continue to play a significant role in how we define our place in the world.