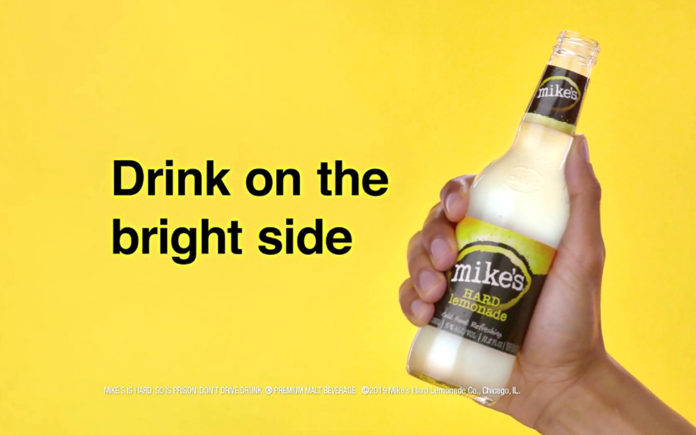 In 1999, I was a 21-year-old stock boy working the liquor department of the local Sav-On Drugs, where I was forced to listen to horrifically benign contemporary rock on repeat. Captive in a suburban pharmacy hell for eight hours a night, I had no choice but to buy cans of The Club cocktail drink (Long Island Iced Tea was a favorite), and shotgun them in the employee lounge just to break even from the psychological torture I was forced to endure. Christ almighty, to this day, I know for a fact that Shawn Mullins “Lullaby” can be used as a form of emotional waterboarding when you sandwich it between Sixpence None the Richer’s “Kiss Me,” and Tal Bachman’s “She’s So High” on an endless loop. Once I started bringing my Discman to work and got to listen to music that didn’t make me want to lobotomize myself with whatever I could find in the housewares isle, it was then that I noticed that there were some new items for me to stock. One was called Smirnoff Ice, and the other was the subject of this week’s Brewtality, Mike’s Hard Lemonade.

That’s right, I’m pretty sure I single-handedly paid the electric bill at that store with the amount of Mike’s Hard lemonade I bought, because I had the palate of an alcoholic 6-year old and I didn’t care which coworker knew it.

A flavor even a gaggle of stew-bums would favor MD 20/20 three-to-one over? Double check.

I could have purchased stock in Mark Anthony Brands (parent company of Mike’s Hard Lemonade) with the amount of my paycheck I was giving back to Sav-On. The only thing that stopped me from being a Mike’s Hard Lemonade fan for life was the fact that it became the drink of choice among the decoys on NBC’s To Catch a Predator. You know, the lady-cops who baited pedophiles to the show with promises of statutory rape and Tollhouse cookies. I promptly switched to Miller Lite after learning that little factoid.

When Mike’s was introduced to Canada in 1996, the product was a premade vodka and lemonade drink. Same with Smirnoff Ice, a vodka and carbonated-water beverage with natural and artificial flavors added for taste. Yet, when both products got their U.S debut in 1999, they became flavored malt beverages, and do you know why that is? Because of the archaic liquor laws that this country has suffered through since prohibition. Designed to hobble liquor sales and hypothetically slow alcohol consumption, the U.S government levies a very stiff tax on hard-alcohol. Wine coolers are taxed significantly less, and beer is taxed even less than that. With beer being less intoxicating than spirits or wine, law makers saw it as deserving of such a tax break. Beer pays a tax of about a nickel per serving, grossing more profit to the producer. It’s for this reason that U.S adult-beverage makers will get away with using a malt base if they can; it’s just good for business.

Seeing the success that rival Smirnoff was having in 2010 with their Ice drink and the viral drinking game it spawned, Mark Anthony Brands was looking for the next big thing that would propel them to the top of their demographic’s popularity. While Mike’s sales had doubled between 2009 and 2017, they were still keeping an eye on forward trends. Hard Seltzers had come onto the scene four years earlier, when badass entrepreneur Nick Shields created the SpikedSeltzer line of drinks. The concept took off, and in 2016 Shields was able to sell his brand to AB InBev for what I can only assume was (*Dr. Evil voice*) ONE BILLION DOLLARS. Mark Anthony Brands was monitoring all of this closely and released their own brand of hard seltzer the same year AB InBev acquired SpikedSeltzer. Mark Anthony Brands named their product White Claw.

Thought popular enough to spawn many rival brands, hard seltzer wasn’t a threat to the flavored malt beverage industry, let alone craft beer. By 2017, craft beer had not only jumped the shark, it jumped the entire flaccid-finned dolphin tank. Craft beer became a parody of itself, putting gimmick and audacity over tradition and substance, and attracting new fans who unfortunately but value on, you guessed it, gimmicks and audacity. That same year, Mike’s Hard Lemonade began a new marketing campaign aimed specifically at 25-29-year-old males. With their new 2017 slogan, “Drink on the Bright Side,” Mike’s shifted its marketing focus from celebrating occasions, to the emotions of happiness and fun that come with quaffing a 12-pack of the cloyingly sweet drink with your bros (or parents if they’re really into Mike’s, I don’t judge).

With commercials depicting Mike’s drinkers awash in a glow of happiness every time they opened a bottle, Mark Anthony Brands had cemented their strategy for gaining the young male millennial as a consumer. It wouldn’t be until the summer of 2019 that their White Claw brands of hard seltzer skyrocketed sales after becoming a meme on social media.