The scare-fest continues with no respite for the frightened. 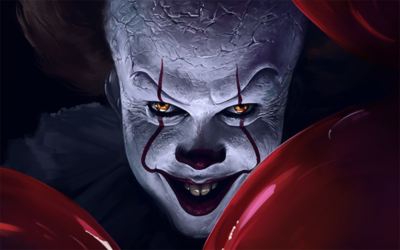 Sprawling, frustrating and ambitious, Chapter Two– this is not a sequel — of King’s story is essentially a rehash of Chapter One but this entry sticks to the main beats of the original story but set 27 years later when the horrific crimes begin again and the “losers club” reunites as adults to honor the blood oath they made as kids.

King’s 1,000-plus-page novel is much more than just a scary clown movie, but it certainly is that, thanks to Bill Skarsgard’s return as the demonic intra-dimensional entity Pennywise.  The movie works best when it focuses on the traumatic memories of childhood and the opportunities for healing as an adult.

Outstanding performances throughout make this long (almost 3 hours) and indulgent film tolerable and — almost — emotionally satisfying.  Too much plot, too many frustrating twists and not enough psychological insight work against the bigger questions:  Is the horror internal or external?

Production values are outstanding — especially the underground chambers and the creepy creatures that abound in the shadows of Derry.

That said, this may be the best ever film adaptation of a Stephen King novel.  Though not nearly as disturbing as Chapter One, but still worth the price of admission to a cool theater on a blazing hot day.  This is a big movie that delivers the delicious sense of dread that defines the best in horror cinema. 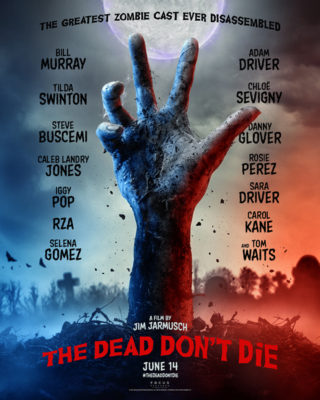 In the sleepy small town of Centerville, something is not quite right.  The moon hangs low in the sky, the hours of daylight are becoming unpredictable and animals are beginning to exhibit unusual behavior.  No one foresees the strangest and most dangerous repercussion that will soon start plaguing the town.  The dead don’t die – they rise from their graves and savagely attack and feast on the living – and the good citizens of Centerville must now battle for their survival!

This gripping, bloody and unexpectedly funny (in an ironic, self-referential way) is not like anything you’ve seen.  I kept looking for a metatheme but was unable to find one.  I’m guessing it’s something about materialism and the distractions of pop-culture trends and devices that can make zombies of us all.  Universal. 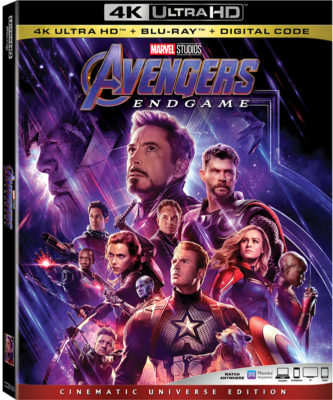 The climactic conclusion to an unprecedented 11-year cinematic journey in which the Avengers take one final stand against Thanos delivered the biggest opening weekend in history (!) is now ready for home viewing in a state of the art 4K UHD edition 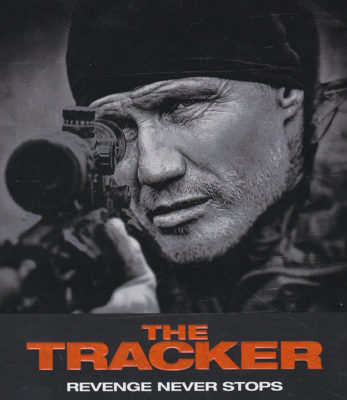 Years ago, Aiden’s (Dolph Lundgren) wife and daughter were abducted and killed during a vacation.  A decade later, a detective with new evidence calls Aiden to the scene of the crime – but Aiden arrives only to find the cop murdered and the police refusing to help.

Now, Aiden must use his skills as a sniper and warrior to unravel the vast conspiracy behind his loved ones’ murders in this effective and mostly satisfying action-thriller that weaves a taut tale of justice in the form of revenge.  Lionsgate. 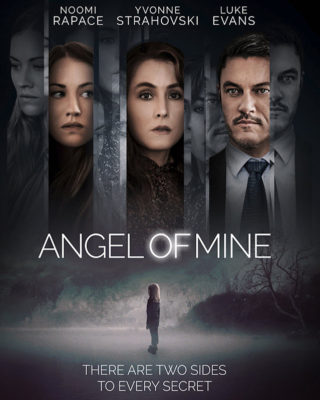 In Kim Ferrant’s psychological thriller, a remake of the 2008 French film L’empreinte de Lange, Noomi Rapace plays Lizzie whose life has been in an emotional shambles since the death of her little girl in a hospital fire.  Now she’s involved in a very bitter custody with her ex-husband Mike (Luke Evans) over their young son Thomas.  And she’s unable to resume a romantic life, as is graphically illustrated during a first date with an obviously interested man that goes disastrously wrong when they begin having sex.

It’s not rally surprising when the grieving Lizzie becomes fixated on Lola, the little sister of one of Thomas’ friends who she first spots at a birthday party.  Lola bears an uncanny physical resemblance to her deceased daughter – so much so that Lizzie becomes convinced Lola is in fact the child she believed lost forever. 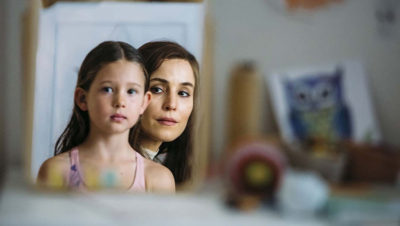 In an effort to get close to the little girl, Lizzie ingratiates herself with her parents, pretending to be interested in buying their home.  The plan works for a while, but her obsession becomes so consuming that she essentially begins stalking the family until Lola’s very protective parents become frightened by Lizzie’s increasingly irrational behavior.

This is Rapace’s most powerful role since The Girl With the Dragon Tattoo trilogy.