THE BALLAD OF BUSTER SCRAGGS 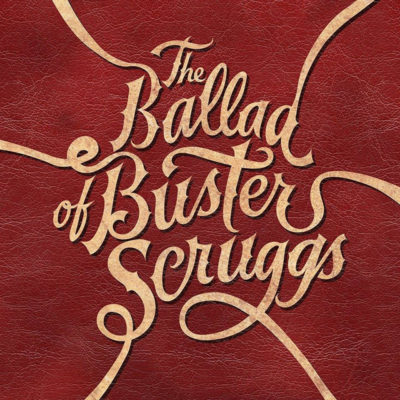 However, most of the fables literally unfolding on screen from the hand-turned classically illustrated pages of the vintage tome “The Ballad of Buster Scruggs and Other Tales of the American Frontier” are concerned with violence, betrayal and justice – both earthly and divine.

Brothers Joel and Ethan are masters of their trademark droll and darkly humorous but decidedly acerbic cinematic language.  Their stories of fate and luck (good and bad) are often factors with which their character must contend, if not reluctantly examine.  And then there’s always the overriding reminder of one’s fragile mortality during the difficult dance between finding a close human connection in an uncaring and perhaps hostile universe.

Two stand-out “chapters” are the Tom Waits segment, based on a story by Jack London, and the Zoe Kazan one, which was inspired by Stewart Edward White, a contemporary of London’s. The other four stories are the Coens’ own.  One that will linger long in the mind follows a traveling entrepreneur his limbless featured attraction.  This one could easily be a stand-alone feature.  I wanted more 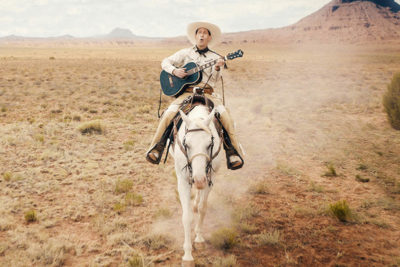 As usual, the Coens have crafted a world of rich detail and authenticity.

What at first seems like a joke is in fact something far more significant.  A wise professor once said to me, “next to sustenance, humans crave story above all else.  Only narrative gives our lives meaning.”  The Coen brothers understand this.

The terrific supporting cast includes: Tyne Daly, James Franco, Brendan Gleeson, Zoe Kazan, Liam Neeson and Tim Blake Nelson as singing cowboy Scruggs, aka, “The San Saba Songbird” and “The West Texas Twit”.  Although he wears a white hat and outfit, a wanted poster identifies him as “The Misanthrope,” hinting that he may not be the good guy his costume suggests. 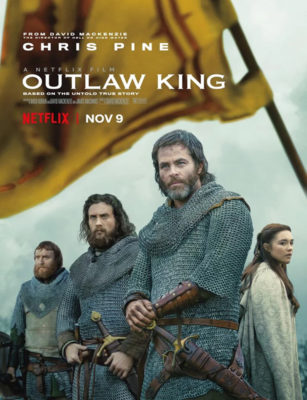 Big, bloody and bold, Chris Pine is fine in David Mackenzie’s mud-soaked, medieval and mostly true epic tale of Robert the Bruce who transitions from defeated nobleman to outlaw hero during the oppressive occupation of Scotland by the despotic Edward I of England and his volatile son the Prince of Wales.

Despite grave consequences, Robert seizes the Scottish crown and rallies an impassioned group of like-minded men to fight back against the mighty invading English army.

It’s no surprise that some viewers see Pine’s striking similarity to a young Peter O’Toole. 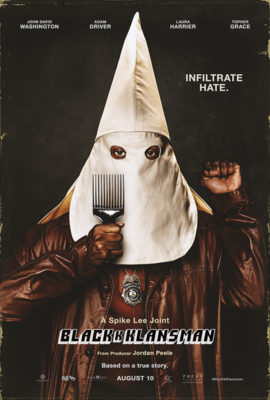 Based on the book “Black Klansman: A Memoir” by Ron Stallworth, Spike Lee’s hit undercover cop comedy-drama tells the incredible true story of Stallworth (played by John David Washington), an African American police officer who tried to stop local Klu Klux Klan activity in the in the 70s by sending a white associate (Adam Driver) to infiltrate Klan functions while he supervised and managed the entire operation by phone! Don’t miss this terrific and timely film that is unexpectedly funny and genuinely thrilling.  Bonus: A behind-the-scenes featurette.  Universal Home Ent.  4K UHD.