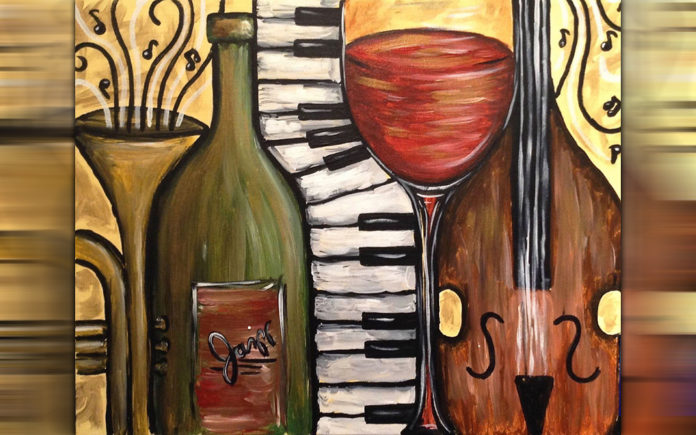 A couple of weeks ago or so, Dan Sullivan invited me to lunch and we met over at Piero’s PizzaVino on El Paseo in Palm Desert.  You wine loving valley residents of course remember Dan as one of the city’s venerable wine purveyors who’s sold wine for almost 30 years, and, owned and ran Dan’s Wine Shop for over a decade.

Readers of this column will recall Dan’s yearly holiday picks that I’d cover in this column. Perhaps you were one of his very loyal clientele, in which case he knew your name and your taste in wine. In our vino community of distributors and salespeople, he was known for his abrupt and no nonsense personality; however, he apparently put up with my columnist babble and brought me aboard to occasionally man his shop—less than a handful of folks have had that honor—whoopee doo!

I got to know the guy—his knowledge and contacts in the wine community, his jokes, and his love of music.  Jazz, classic rock, some rhythm & blues and a good dose of the Steely Dan band, and 70s, 80s, and 90s fusion stuff, all of which—as a baby boomer, I particularly love as well. At Dan’s Wine Shop, there was always music playing.  Indeed, it exemplified, even in a small shop, the prodigious synergy of wine & music.

Dan sold his shop last year which now operates as Desert Wine Shop on 111. But here’s the story: what would you expect his new gig to be?  You guess it! Dan’s a local DJ over at KAJI-FM (95.3FM), playing a great line-up of jazz tunes “serving the Cove Communities of Palm Desert, Indian Wells and Rancho Mirage” over the airwaves and the entire world on the internet at amjazzin.org.

Recently Dan wrote a piece titled, “The Epster’s guide to maturity in jazz listening.”  And here’s Dan’s take on the new moniker: “I’m the world’s first Epster!! Epster, and its root word, ept, has replaced the trivialized word, Hipster. . .which used to mean someone who is aware, especially about jazz.  Well my three kids have informed me of its present distorted reputation.  No Bueno! Thus the necessity of these new words, ept and epster…Ept is the opposite of inept, meaning incompetent, unskilled, blundering, not up to scratch. Well, I may not be the eptist on the planet, but I know I’m up to scratch, especially when it comes to jazz and wine…” (emphasis & italics are mine)

Sounds like Dan—doesn’t it?  Anyway—catch his cool jazz programming every Saturday morning at 10 am. And currently, I’ve found that the Epster has slid into some weekly afternoon scheduling!  Now that I know this station operates locally, I have it playing in my car (95.3 FM) and on my computer (amjazzin.com). Dan tells me that because I’m a wine loving listener, I’m an epster too! You may be an epster as well!

But like many of you, I had no idea that KAJI was broadcasting right down the road!  The station’s office, located close to Palm Desert’s Design District known as The Art Place, is operated and managed under the aegis of the non-profit American Jazz Institute (AJI).

Enter now the esteemed jazz gentleman, Mr. Alan Schultz. For you jazz folks, you’d find him in the same conversation with the likes of the late great Chuck Niles and Howard Rumsey.   His career in radio broadcasting covers up and down the California coast including Los Angeles, San Francisco, Carmel, and currently KAJI-FM. Serving on the prestigious American Jazz Institute Advisory Board (Palm Desert), Schultz is dedicated to the appreciation of jazz music in our desert community.

And if you’ve enjoyed the culinary music scene about town, you may have met him already: his involvement with Pete Carlson’s Tennis & Golf Jazz for Jazz Lovers, Vicky’s of Santa Fee Jazz Supper Club series and The Living Desert’s JAZZOO affair, a portion of proceeds provide scholarships to Coachella Valley music students.  So in this case, Alan is not the rock-star, but rather, the jazz-star of our community. Come by and catch the lecture: Miles Davis and His Influence on Jazz at The Rancho Mirage Public Library. February 5th, 2:00 pm – 3:00 pm.

Recently I had the honor to meet and chat with Alan at the AJI’s office in Palm Desert.  One can literally smell the album jackets & figuratively sense the nuggets of lore written thereon, and, appreciate the vinyl of the thousands of albums on shelves in the office along with a library of books, printed music, photographs, artwork and other jazz related materials.  As you’d expect, Alan is a fount of jazz knowledge having rubbed shoulders with so many of the giants of jazz, experiencing within and beyond our own West Coast Jazz scene and tradition.

While I was there, I got to meet the lovely Lee Hartley, who was DJ’ing in the broadcast booth.  You’ve perhaps seen and heard her perform with the Ted Herman Big Band on Sunday evenings at the Indian Wells Resort Hotel. So as one can discern, we’re fortunate to have real pros running things and artistically influencing us listeners.

I tuned in the other day to one of Alan’s afternoon broadcasts where he was conversing with the revered consummate vocalist Michael Dees.  And the anecdotal stories shared between them were flying! Fun yarns about “the Prez”—Lester Young and the “Brute and the Beautiful”—Ben Webster, among so many more.  Life is good!—lounging out in the patio, enjoying our desert weather, a nice glass of wine and simply listening in . . .

And have I mentioned he’s a wine guy?  Of course he is! In our conversations, he talked about how he and his fellow broadcasters in and around San Francisco and the Napa/Sonoma wine country back in the day, facilitated with charitable wine donations (and we’re talking cases of Grahams Vintage Port!) to the now famous Napa Valley Charity Wine Auction and other benefit foundations.  Looking forward to more coverage as we wine & dine and tune in.  Cheers! See you on the radio!