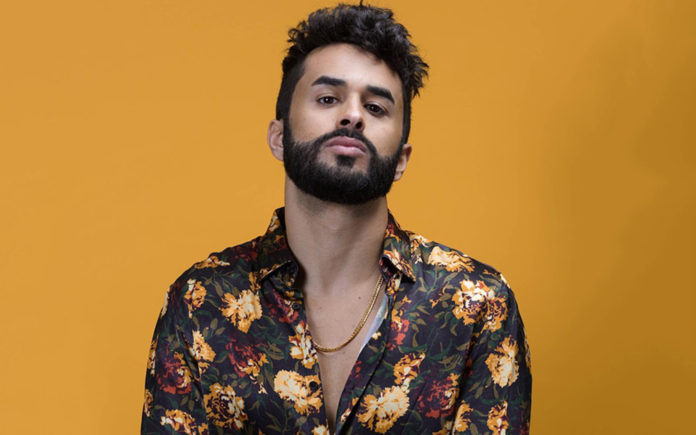 At 5 p.m. on Saturday, February 23, 2019, you might want to step out of ‘Chillville’ and head to center stage at the KIND Music Festival where you’ll have more room to shake your ass to the sounds of YONEE, a multi-cultural pop-singer born in Orlando who is ready to build on his two current hits, “Make It Happen,” featuring Mozy and “Slide Through,” featuring Strong G. You can still purchase tickets at kindmusicfestival.com.

Also on the bill are Miguel, A$AP Ferg, Reese LaFlare, Starcrawler, D.I.E. and All My Friends Hate Me. In addition to the musical line-up, motivational speaker and author of Manifest Now, Idil Ahmed, will be raising awareness on global consciousness and the power of positive thinking. Your host for the evening is entrepreneur, global influencer, talent manager, philanthropist, and social media powerhouse Yes Julz.

KMF is a one-day “pop-up” micro-festival event at the future site of the Tyson Ranch Resort, a 412-acre entertainment complex, luxury glamping resort and cannabis research and design facility in Desert Hot Springs. Tickets are still available at kindmusicfestival.com.

KMF salutes California’s progressive stance on cannabis and its updated recreational/medical laws that went into effect on January 1, 2019. However, there will be no sales or giveaways of cannabis products at the festival. KMF looks forward to making that a reality in the near future.

Coachella Valley Weekly spoke with YONEE as he prepped for the show.

CVW: You have a diversified background. How much has that influenced you and your music?

YONEE: “My mom is from Israel, her parents are from Yemen. My dad’s side of the family is from Eastern Europe. I grew up in Florida, which is obviously very Hispanic-influenced. I really draw influences from everywhere and you’ll hear it in my music. It has a very worldly and international feel.”

CVW: What type of show are you bringing to KIND Fest?

YONEE: “I started DJing in 2010 so I come from a very energetic show background. So I want to bring the energy of a DJ show to the live performance. We have four dancers, beach balls, co2, and a bunch of featured artists coming out, champagne, and so on. It’s going to be a fun really energetic show. I get the luxury of playing with my cousin, Michael Burman, he’s an amazing guitarist. He’s written for ASAP Rocky, Machine Gun Kelly and Carrie Underwood, so he’s going to be playing live guitar throughout the performance. A buddy of mine, Tiernan Kelly, will be doing some keys work and drum stuff, we’re incorporating all that with the effects and dancers and create the full experience. In addition, it’s perfect timing. My set is around sunset. It will be such a good vibe.”

CVW: Have you ever visited the Coachella Valley before and where are you currently based?

YONEE: “Tiernan is from there. He went to high school out there. I’ve only been to the Coachella Valley once. I was there for Coachella last year, which was a blast. I’m originally from Orlando, Florida, lived in Chicago for about four to five years, I went to college there. I’ve been out in Los Angeles for four and half years now.”

CVW: What does music mean to you and share with us your odyssey?

YONEE: “I play the guitar and piano. It’s been a journey. Music is a journey. Figuring yourself out as an artist and writing and constantly making music to kind of figure out who you are as an artist and make the best possible product. That’s kind of culminating in this project of the music I am going to be performing. I only have two songs out right now. The rest of the 8-9 songs that we are doing are all unreleased songs, which are amazing and fun songs.”

CVW: I’ve read that you’re a bit of a perfectionist when it comes to your music.
YONEE: “I did a little radio tour in London about a year and a half ago. I used to try and fix and make sure every little thing was tight and this and that but performing live I realize it’s about preparation and once you’re fully prepared for something you’re able to express everything to the fullest without any worries. We’ve been rehearsing for the last couple of months so once we get there it’s show time and we have all our energy dedicated to putting on a great show.”

CVW: You’ve performed all over the world. What are some of the differences in the music realm?

YONEE: “It’s just different taste buds. In Europe, things work that don’t necessarily work in the US. When I go to find new music now I go to Spotify’s charts by country. The more time goes on the more we get connected with the rest of the world and the more all these other genres of music whether it’s in the UK or whether it’s or music from Africa or the Caribbean people become more aware of it and it all starts to blend. There’s less compartmentalizing of genres and there’s more influence from different types of culture within music, I think that makes the coolest art.”

CVW: You have a unique connection with Mike Tyson.

YONEE: “Yeah, I’m a huge fan, everything they’re doing right now is brilliant, I actually write music with his son Miguel Tyson. He’s an amazing vocalist and songwriter as well. Nothing but great things to say about Tyson Ranch. He’s a legend.”

CVW: If our readers are unable to catch you at KIND where can they see you perform and what is the new music looking like?

YONEE: “I perform once a month in Chicago, it’s kind of like my home base. I perform twice a month in L.A. The next step is to release the music that we’re sitting on. We have a lot of tracks that are awesome and some collaborations with some other amazing artists. The new music is more up-tempo, “dancier” pop-urban with Latin flavor, like Despacito with a little more English and less Spanish. Fun music you can dance to, go out party at the club, drive in your car, listen to, a lot of feel-good music. The new stuff is really next level. I’m so excited to play it. It’s going to be a really good show.”