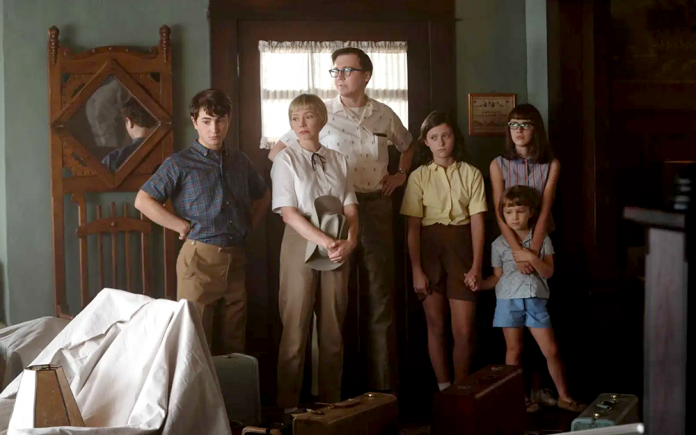 Not everyone is a Spielberg fan.  Yes, he’s the most successful film director on the planet, but does his financial success translate to best director, or best storyteller?  Is he a better filmmaker than Quentin Tarantino, William Wyler, David Lean, Billy Wilder , Frank Capra and/or Ridley Scott — among others? 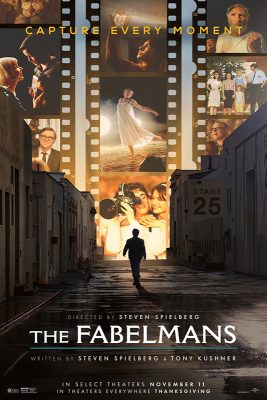 I suppose Spielberg’s track record makes it easy for him to get the backing to make a movie about himself and his early obsession with movies – watching them and making them.

This film is a love letter to the movies in much the same way as Tarantino’s “ONCE UPON A TIME IN HOLLYWOOD,” but with less bloodshed.

We all relate to movies.  They are the common pool from which we all drink.  And in conversation later share our personal experiences and connect with our tribe or community.  Theaters are where we can face our fears in a safe place (before the pandemic anyway) and indulge our wildest fantasies and bond in laughter and screams with our fellow humans.  It’s where we discover and embrace our shared humanity. 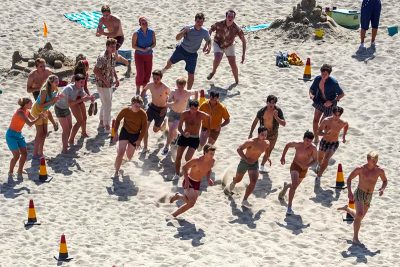 Spielberg has created pop culture cinema from his childhood fascination about flying saucers and dinosaurs and we have rewarded him for his technological and artistic (?) prowess.  His childhood dreams and fears  are not his alone.

“THE FABELMANS” is a coming of age story of someone who has impacted the planet’s population with his “art.”

The best parts of Spielberg’s latest film are the moments when we witness events in his young life that will eventually be an element of the hit movies we love. 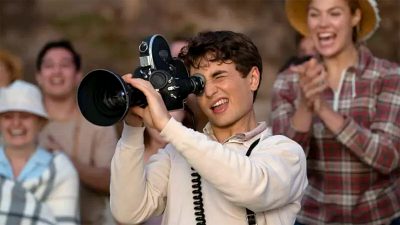 But more than that, this cinematic memoire is a loving tribute to his parents, especially his supportive mom, wonderfully played by Michelle Williams.

It’s a long, often self-indulgent film, with a dazzling ending that is almost worth the price of admission.

Now showing.  Check local listings.  And see it on a bigger screen than the one in your home theater.  If you are in the mood for a good looking sentimental film that burnishes the often self proclaimed myths of Spielberg’s early years, (Surprisingly, there’s no mention of his diagnosed autism which might be a factor in his success as a highly visual artisan.