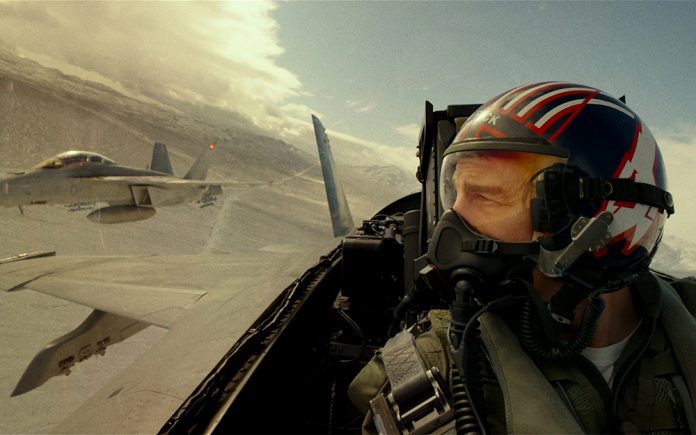 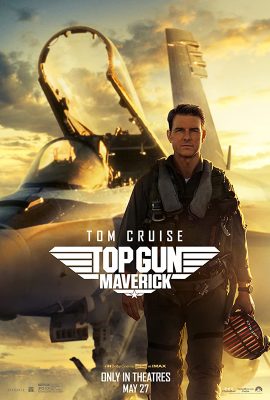 To call this slick sequel better than the original is hardly high praise.  This big budget action film is exactly what it is and nothing more, i.e., a visceral thrill ride and a cutting edge cinematic experience with that utilizes all the tricks of the trade (in both image and sound) to create the vicarious feelings of being in the cockpit on a combat mission in state-of-the-art hardware.

If you are not a fan of Mr, Cruise or jingoistic military propaganda, than this movie may not be to your liking.  But that is not to say that if the subject matter or need for closure is your thing, than by all means see this big loud ride on the biggest screen you can find.  The studios, especially Paramount hopes this is the movie that will yank potential moviegoers away from their streaming devices and back into theaters by reminding an audience of how powerful a theatrical presentation with a full and encompassing audio mix can be. 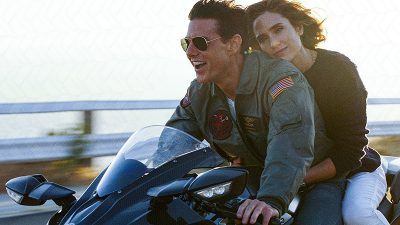 But make no mistake, there’s a more substantial story not explored.  With all the spectacle, there’s a missing emotional thread that somehow mutes the movie going experience from all that it c=could have been.

It’s disappointing to realize that Cruise’s iconic character has not really changed all that much.  No doubt this is not an accident but an attempt to give some sense of continuity to what has gone before, in the mistaken assumption that’s what audiences wanted.  The film has been on the shelf – or perhaps tinkered with — for over two years.

The plot has Pete “Maverick” Mitchell (Cruise), one of the Navy’s top test pilots training a team of Top Gun grads for a specialized unlike anything before. 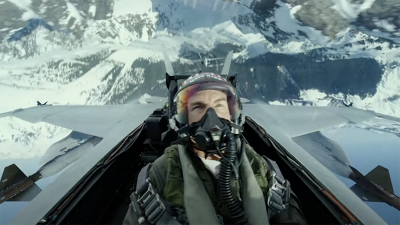 “Maverick” could accept the advancement in rank after his three decades of service, but that would ground him.

Now he faces a future that is uncertain and is forced to confront his deepest fears and the ghosts of his past while participating a in a mission that may require the ultimate sacrifice from those who fly it.

If you are not a Tom Cruise fan and suspicious of militaristic films that brainwash audiences and especially young men – the prime audience for this title – you may still find the action on screen thrilling if finally less that satisfying emotionally.  Now playing in IMAX and other select theaters.

Drop me a line and tell me what you are watching at home or in theaters.  What are you most eager to see?  Is there an older film you would like to see in a 4k/UHD transfer?