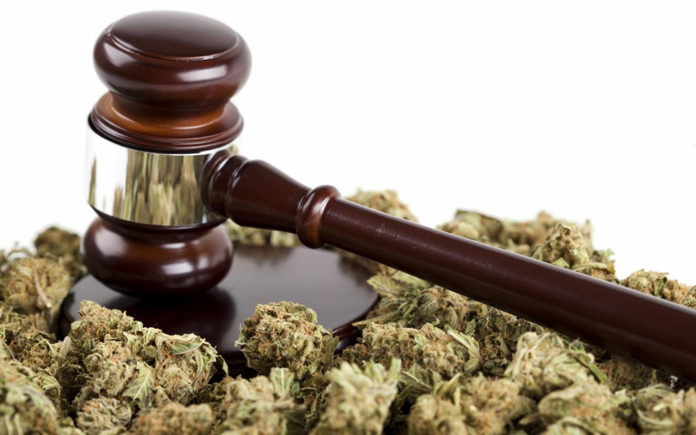 Our marijuana advocates, The Brownie Mary Club, the first political party affiliated Cannabis Club in California, and The Marijuana Anti-Prohibition Project (MAPP) have been working overtime to bring the following bills to Gov. Newsome’s desk for signature into law.

SB 34, The Brownie Mary & Dennis Peron Act will protect compassion programs that donate medicine to needy patients and are currently subject to prohibitive taxes. SB 223 would allow for children to receive cannabis medicines at school. (Gov. Brown vetoed this bill.)

SB 305 would allow terminally ill patients to use cannabis medicines in healthcare facilities. Passage of SB 305 is particularly important during this opioid crisis when doctors are afraid to prescribe and when hospice pharmacies are limited in their supply of narcotics.

No fewer than 61 individual cannabis-focused bills have been filed in the first seven months of the 116th Congress making it the most cannabis friendly in history. A marijuana banking bill passed a key committee and the full House adopted a far-reaching amendment to block federal interference in state legalization laws. Rep. Earl Blumenauer (D-OR), who has worked for decades to end marijuana prohibition, said that those “long overdue efforts to reform our outdated cannabis laws are finally resonating in Congress. Bills to address policy failures in cannabis banking, veteran’s access, decriminalization and restorative justice have started moving through the legislative process.”

A bill to prohibit the Treasury Department from punishing banks for maintaining accounts for state-legal cannabis businesses also deletes a longstanding rider that has blocked Washington, D.C. from spending its own local tax dollars to legalize and regulate marijuana sales. In July, the House passed via voice vote an amendment to end a Department of Veterans Affairs policy that denies home loans to military veterans because they work in the marijuana industry. The underlying bill, the National Defense Authorization Act (NDAA), also contains a separate measure added in committee that would let military branches grant reenlistment waivers to personnel if they used marijuana once, or were convicted of a misdemeanor cannabis offense, while off duty. The Senate version of NDAA doesn’t have these marijuana riders, so it will come down to a conference committee to decide if they are included in the finished package.

The House Financial Services Committee voted 45 to 15 to approve a bill to let banks service marijuana businesses without being punished by federal regulators. The Senate Banking, Housing and Urban Affairs Committee held a hearing on financial services access for marijuana businesses. The Senate Agriculture Committee convened a hearing on federal officials’ efforts to implement the legalization of hemp that was part of the 2018 Farm Bill signed into law by President Trump late last year.

The House Judiciary Subcommittee on Crime, Terrorism and Homeland Security gathered in July for a hearing on the need to end cannabis prohibition at which every witness—including the one called by the panel’s minority Republicans—supported far-reaching federal marijuana reform. Lawmakers from both parties also broadly voiced support for ending or scaling back prohibition, with most disagreement centering on how to achieve change instead of whether changes are needed.

Senate Minority Leader Chuck Schumer (D-NY), and House Democratic Caucus Chairman Rep. Hakeem Jeffries (D-NY) filed bills to deschedule cannabis and set aside funding to support expunging prior convictions. The committee also included a passage in the report attached to a bill funding the Department of Veterans Affairs decrying the “Department’s denial of home loan guarantees to Veterans solely on the basis of the Veteran’s documented income being derived from state-legalized cannabis activities” and directing it to provide an update on efforts to “prioritize investments in research on the efficacy and safety of cannabis usage among the Veteran population for medicinal purposes.” I urge readers to contact your representatives to show your support for legalization of marijuana/cannabis