NANCY DREW AND THE HIDDEN STAIRCASE 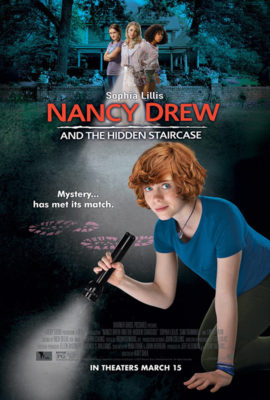 Sophia Lillis is a perfect Nancy Drew.  In fact, she’s the best Drew in ages.  Casting is critical here.  Clearly, this film was made by people who know and care about the source material and beloved protagonist.  Mid-teen Drew is a fine role model for the target audience of young girls who should find this engaging adaptation satisfying and wonderfully entertaining.  The minor characters are all memorable and believable.  Long-time fans of the Drew series will welcome and embrace this appealing iteration that maintains its wholesomeness along with a few nicely staged scares.

When Carson Drew’s (Sam Trammell) wife dies, he decides to leave Chicago and make a fresh start with his daughter Nancy in River Heights.

But for the 16-year-old, life in the small town is mighty dull.  She longs for excitement, adventure, and the chance to make a difference. 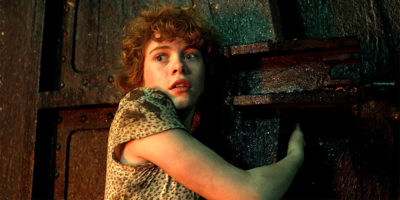 As luck – or fate– would have it, Nancy gets that opportunity when she is asked to help solve the ghostly activity at the eerie Twin Elms mansion.

How can she explain the creaking footsteps, exploding light bulbs and the ominous creature?  Is it the handiwork of high-school prankster and bully Derek Barnes?  On the other hand, is it even remotely possible that the ghost of original owner Malcolm Colfax’s could be back for revenge?  Recruiting her best friends George and Bess, along with local “mean girl” Helen, Nancy Drew is on the case in director Katt Shea’s nicely crafted and charming reboot (Nina Fiore wrote the lean screenplay). 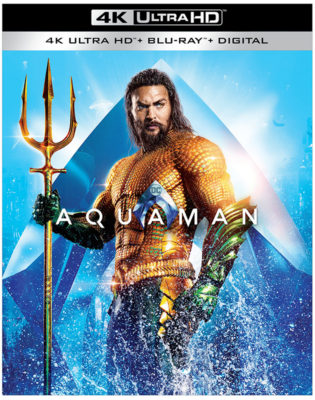 The ocean comes alive in James Wan’s action-packed adventure that spans the vast, visually breathtaking underwater world of the seven seas.  Jason Momoa plays the title character and he’s so good that it’s hard to imagine anyone else in the role.

Here’s the story:  The Atlantean child Orin, son to the Queen of Atlantis (Nicole Kidman), was abandoned as an infant and left to die, however, he was rescued by a kindly lighthouse keeper who adopted the boy as his own son, renaming him Arthur Curry.  Able to survive the harshest depths of the ocean and on the surface world above, the child of two worlds grew to be both eventually returning to Atlantis to become their King in addition to being a founding member of the Justice League as Aquaman!

This dazzling film is an example of state-of-the-art of cinema today.  It’s what movies can achieve in creating an immersive, hyper realistic big screen world of wonder.  The bar has been raised very high indeed. 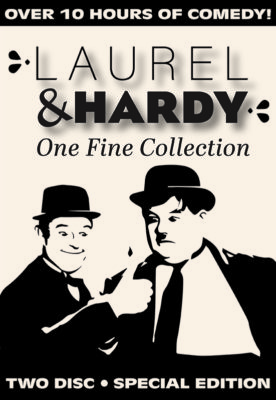 As a new generation of fans embrace the late-career comedy of Laurel & Hardy in the hit box office biopic Stan & Ollie, this collection film shorts – including some silent films newly restored from the original elements – capture the early years when these two comedy geniuses honed the sight gags and slapstick that propelled them to worldwide fame.

DVD.  Scott Entertainment in association with The Film Detective.