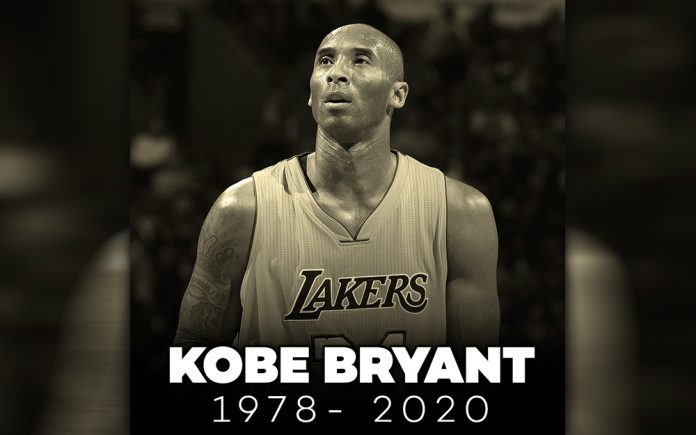 On Sunday morning, January 26, 2020, news came by text and notifications that Kobe Bean Bryant, his daughter, Gianna, along with John, Keri and Alyssa Altobelli (who played on the same team as Gianna), Christina Mauser, Sarah and Payton (also played on the team) Chester, and his pilot, Ara Zobayan all died in a helicopter crash in Calabasas. The group was headed to Kobe’s Mamba Academy in Thousand Oaks for a basketball game Kobe was scheduled to coach for his daughter and other young athletes.

As I pulled in to the Sundance Resort for the Sundance Film Festival, the shock sank in. The world lost another giant, another leader, another coach, another individual dedicated to greatness and inspiring others through deeds and actions. Children lost their parents, spouses lost their partners, friends lost friends. Sadly, the world lost an icon who represented so much more than basketball. Former NY Yankee and close friend, Alex Rodriguez, shared:

“I learned so much from Kobe Bryant,” Rodriguez wrote. “He was naturally gifted, but had a passion for basketball like no one else I’ve ever seen. His work ethic was impeccable and his stress on mastering the fundamentals is what elevated him to the player he was. I’ve never met anyone more focused with a myopic approach. He didn’t pursue approval, affirmation or adulation. He pursued excellence and process… He was a role model to me, and millions around the world.”

Rodriguez said he cared more about being a father and a husband, though. In an interview with the Barstool Sports podcast “The Corp With A-Rod and Big Cat,” Kobe revealed the reason why he started flying in helicopters came after missing a school play. He had to find a way to find balance in his career and his home- helicopters saved him time, time he could spend with his wife and kids, often making it back to Orange County in time to sit in the carpool lane after school to pick up his daughters.

His influence penetrated countless people around the world, even those outside of sports. Perhaps, my friend and blues musician Trenton Ayers, said it best in his Facebook post:

“Kobe Bean Bryant… It TRULY HURTS TO ME TO KNOW YOU’RE GONE!! I Will Miss You In A Terrible Way!! You were My Mentor… #MambaMentality… I CARRY That Drive, That Passion, That SHEER WILL… Not Only To Win… But to improve… I’d be on Tour and would watch Your Professionalism, Dedication, to your Craft…  When I was taught to Seek Greatness outside of my profession… I Chose You!! Whenever My Rebel Nature would be Questioned… You taught me to stick with my Guns!! Whenever I Doubted Myself… I’d watch Footage of your Rookie Season, or your 2 Free throws after your Torn Achilles injury. Every time I was ill and felt like that I would just drop dead… #24 Was the number I would think of to push hard… As I Reminisce of your greatness, I can’t do nothing but tear up to know this hurt you as much as it hurt every one of us!  Especially Your Family… I tear up because of the Fact that your babies (will only be able to) see footage of your GREATNESS!!! That’s why I’m Terribly Hurt!! As A Laker fan… We Asked you Give Us Everything You’re Capable Of!! For 20 Years You WENT BEYOND AND GAVE US YOUR HEART!”

Condolences For Your Family!!!

People all over the globe have stopped to mourn the passing of Kobe Bryant and the tragedy of the lives lost. Kobe’s impact and ability to inspire greatness extended far beyond basketball. His creation of the Mamba Academy was to help coaches and athletes from all sports find the resources and support to be their best. His philanthropy was equally as important to him. Bryant and his wife founded the Kobe and Vanessa Bryant Family Foundation (KVBFF). The goals of the Foundation are “helping young people in need, encouraging the development of physical and social skills through sports and assisting the homeless”. Bryant spoke of the injustice aimed at homeless people who are blamed for their situation, saying that homelessness should not be ignored or made a low priority. He noticed a number of homeless people outside the place where he played and was moved to take action on the crisis.

Bryant said he wanted more out of life than just a successful basketball career. He accomplished so much more than basketball in his short 41 years and it seems unfair in such a world of turmoil to lose someone with such light and humanity. You have done your part to inspire us and show us a path towards greatness. As I sit beside a fire at the Sundance Film Festival, the epicenter of storytelling, a piano plays Elton John’s, “Your Song.” I can’t think of a more fitting song or lyric than “How wonderful life is while you’re in the world…” and am encouraged to know your imprint will last beyond your physical presence with us. Your story will remain in our hearts and minds forever.

In 2018, Bryant became the first African American to win the Academy Award for Best Animated Short Film and the first former professional athlete to be nominated and to win an Academy Award in any category for his film Dear Basketball.

Life is short and we never know what day will be our last or the last day we see our loved ones. Don’t wait to begin, don’t wait to give a hug or whisper an encouraging word. The world is better when we all strive to be our best and encourage the best in each other. The passing of a legend hurts so much to the collective conscience because we lose that social mirror that allows us to see the potential in ourselves, the superhuman capabilities we can all achieve when we focus on the fundamentals of process, discipline and dedication. It is within each of us if we remember to choose greatness. Don’t forget to tell someone you love them today.