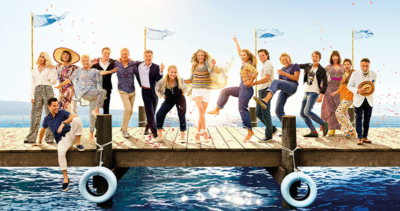 It’s been a little more than three decades since Donna, Tanya and Rosie graduated from Oxford. Donna embarked on a series of adventures. On her trips, she became friends with Harry, Bill and Sam. She fells in love with Sam, but he broke her heart.

Cut to the present day. Sophie, Donna’s pregnant daughter, dreams of restoring a taverna and reuniting with her mom’s old friends — and boyfriends — on the fictional but beautiful Greek island of Kalokairi.

If you liked the first movie, you will love this fresh, exuberant iteration, it’s irresistible. 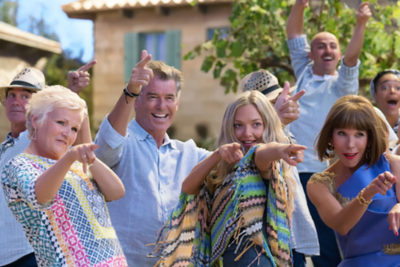 The film skips through time showing how relationships forged in the past impact the present. Lily James is young Donna and she alone almost makes the movie worth seeing. Her charisma is palpable. But it’s Cher who steals the show.

This fun and satisfying film is a perfect getaway, a delightful cinematic vacay in a lush and beautiful local with great looking humans, energizing chorography and memorable songs that still tug at the heartstrings.

Sure, it’s a little bizarre and the weak script is more than a tad preposterous, but with the original cast back and Cher on board, this feel-good, tuneful and uplifting sequel to the Abba musical feast is as magically transportive as a Mediterranean cruise on a sparkling summer sea. And then there’s lead actress Lily James who can actually sing!. 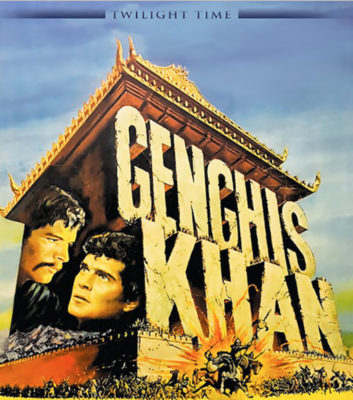 I’ve always been a fan of epic films, especially historic adventures about larger than life characters like El Cid, Lawrence of Arabia, Spartacus and Ben Hur.

Befitting the genre, spectacle, scenic sweeps and movie stars galore converge on this vast recounting of the rise of one of world history’s mightiest conqueror rulers and brutal tyrants. 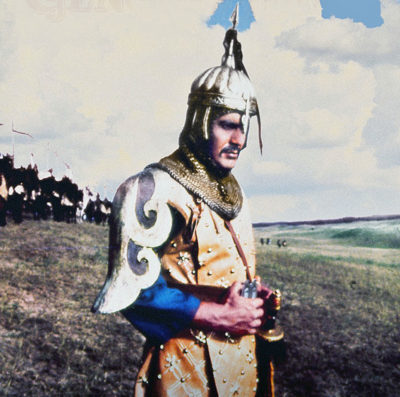 The film is a kind of origin story that follows the rise from humble beginnings and final revenge of Temujin/Genghis (1162-1227?) while establishing the largest land empire in history after uniting the nomadic Mongolian tribes of Eurasia.

The battle scenes are suitably large and fairly well-staged, but occupy a surprisingly small part of the entire movie. This edition is limited to only 3,000 units. Twilight Time Movies. 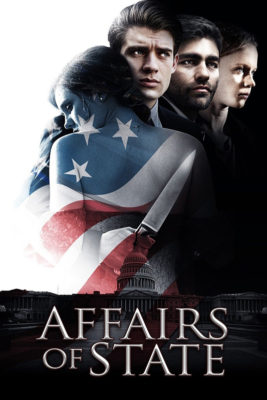 I enjoyed Eric Bross’s surprisingly provocative, albeit melodramatic political thriller about Michael Lawson (David Corenswet), an ambitious D.C. aide who will do anything in order to be part of a senator’s White House campaign including blackmailing the senator’s shady advisor and seeping with the candidate’s wife (Mimi Rogers). But when he gets involved with the senators seductive daughter he suddenly discovers his dangerous game might have a deadly payoff! A perfect movie reflecting today’s chaotic and scandalous political landscape. Extras include director /producer commentary and deleted scenes. Lionsgate.