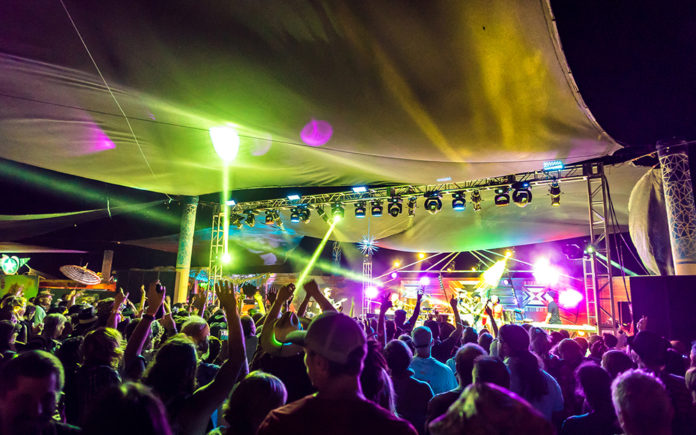 Attending this year’s Joshua Tree Music Festival?  Below are a few of the performers who you do not want to miss. 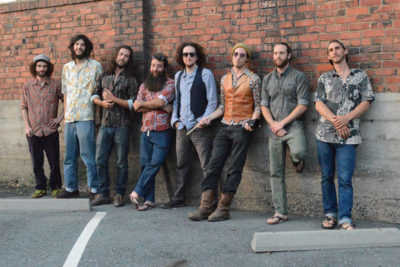 Diggin’ Dirt is a seven-piece band from Humboldt County that will be featuring tracks from Funkacillus Groovidophius, which was released last month.  With a powerful horn section and the dynamic vocals of Zach Alder, see Diggin’ Dirt at 7:15pm at the Boogaloo Stage. 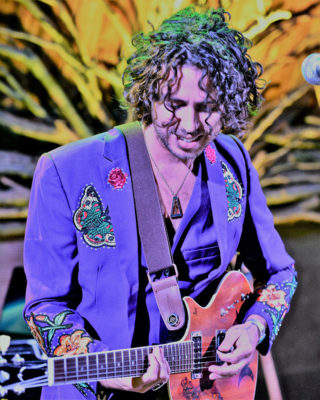 When Gene Evaro, Jr. hits the stage at 9:30pm, it is as if the de facto Mayor of Joshua Tree is welcoming you to this semi-annual festival of music, art and spirituality.  If you haven’t seen one of Evaro’s JTMF shows, try to get here for Thursday night as Evaro shows always seem to evolve into a group celebration.  Fans will also get to hear his latest track that was released two weeks ago, “I’m Sorry I Ain’t Rich Yet.” 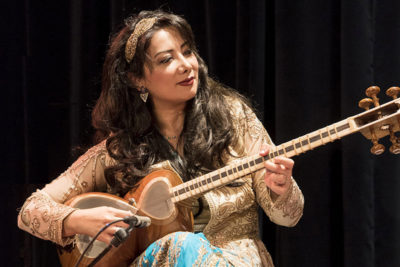 Whether before or after Motallebi’s performance, be sure to visit the Vibration Station or participate in one of the hourly yoga classes. 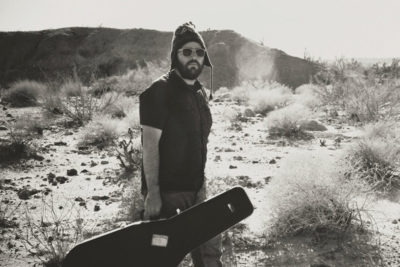 Jesus Gonzalez aka Jim James of My Morning Jacket fame performs at 1:15pm at Copper Mountain.  Festivalgoers can expect an experimental folk set infused with samples and loops to create a magical experience for all.

Closing out Friday night at 11:30pm is the internationally acclaimed German DJ/Producer, Oliver Koletzki.  His debut album, Der Muckenschwarm was the best-selling techno album of 2005 according to Groove Magazine.  Expect an energetic set that incorporates hip-hop, house and electronic dance. 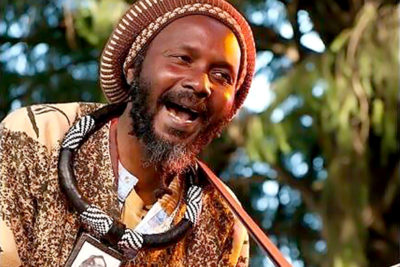 At 11:35am, Grammy-nominated Youssoupha Sidibe of Senegal plays the kora for us (a West Africa lute/harp).  Trained at the National Music Conservatory of Senegal, Sidibe will be fusing traditional West Africa sounds with Sufi chanting.  Sidibe’s music is ideal for meditation.

At 6:30pm, you get what is probably your only chance to see Dachambo in the United States this year.  Best described as a rock band, this Japanese group incorporates a digeridoo into their music which can move from rock to electronic to folk with ease.

At 8:15pm, MY BABY of Amsterdam makes a rare U.S. appearance.  Guitarist Daniel Johnson describes their music as “a high energy, psychedelic, rock and roll show.”  Nominated as best live act in their home country of The Netherlands, Cato van Dijck will be channeling the “mystic muse” of their band while sharing her “theatrical” stylings to a rich music quilt that “fuses hypnotic, trance and EDM sounds with older musical influences like John Lee Hooker, jazz, Moroccan and Indian influences. 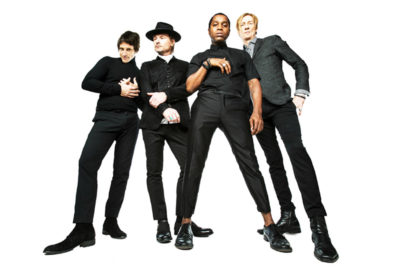 At 10pm, Los Angeles-based Vintage Trouble takes the stage with contemporary variations on classic blues, soul and rock.  Ty Taylor on vocals brings an energy to the stage reminiscent of classic R&B singers from the 1960s and 1970s albeit with a contemporary, new and fresh sound. Expect Vintage Trouble to feature songs from their latest EP, Chapter II, Ep. II which was released just last week.

Opening the last day of the festival at 10am, is Joshua Tree transplant, Myshin Warbler on the Café stage.  Please see this week’s feature article on her for more information. 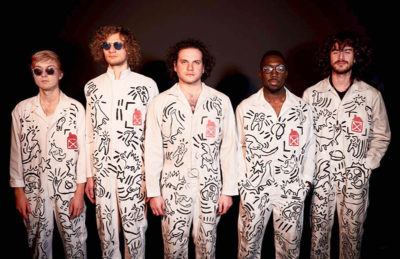 At 6:20pm on the Indian Cove is Thumpasaurus from Los Angeles.  This band should be the funnest show of the festival (yes, I know funnest isn’t a real word).  With a sound that combines equal parts Eagles of Death Metal, Frank Zappa and Devo, expect the unexpected as they get the dancefloor jumping. 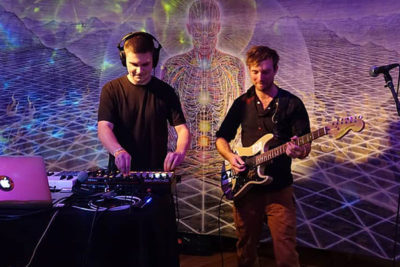 From Canada, Moontricks closes out this year’s festival on the Boogaloo stage at 9:30pm.  This duo weave folk, blues and electronic music together to create a haunting and infinitely listenable sound that is the perfect ending to the Spring Festival.  It is energized but mellow at the same time.  “Wood For the Trees” from their recently released Backwood Bass recording is an instant classic that shows why Moontricks is destine for great things.