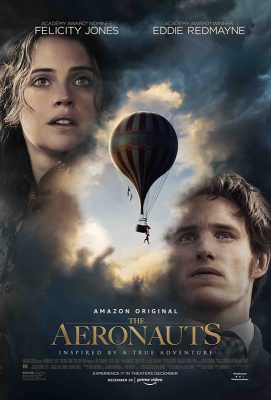 Set in 1862, THE AERONAUTS follows wealthy young widow Amelia Wren (Jones) and headstrong scientist James Glaisher (Redmayne) as they mount a balloon expedition to fly higher than anyone in history.

This is a visceral journey to the edge of existence, where the air is thin and the chances of survival are slim.  During the perilous ascent of this unlikely daring duo, their true selves are revealed and they discover things about themselves and each other that help each of them find their place in the world they have left behind and below. 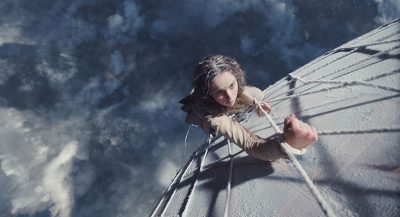 The $40 million budget Amazon Studios movie about real-life 19th century meteorologist and hot-air balloon enthusiast James Glaisher (Redmayne) and a fictional ballooner named Amelia Wren (Jones) who they decide to take a gas balloon up higher than anyone has gone before, breaking a world record and simultaneously getting some data needed for Glaisher’s studies into weather prediction. At its heart, this is basically a steampunk fever dream.

While there are moments of wonder, awe and horror, this sometimes slow-going period drama about hot air balloons, it is the effective juxtaposition between the quiet drama on the ground and exhilarating high-flying, death-defying adventure in the sky that makes this lavish film so utterly satisfying.  See it on an Imax screen if you can.  Streaming on Amazon Prime starting December 20. 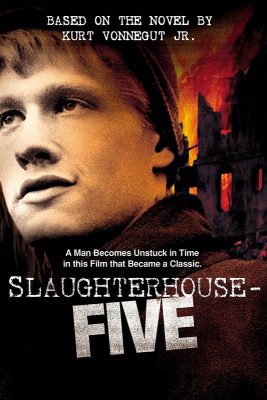 Past present and future collide in darkly satirical fashion in the film adaptation of Kurt Vonnegut’s classic 1969 novel about mild-mannered Billy Pilgrim (Michael Sacks) who finds himself “unstuck in time” and traveling back and forth across the entire span of his existence.  He experiences key events of his life in random order, including his formative years, the fire bombing of Dresden and finally, at some undefined point in his future, his surreal adventures on a distant planet.  Director George Roy Hill’s film was praised by Vonnegut himself for its fidelity to his novel.  The memorable score is by renowned concert pianist Glenn Gould.  The 4K restoration is loaded with watchable extras including featurettes and an insightful commentary by critic Troy Howarth.  Arrow Video. 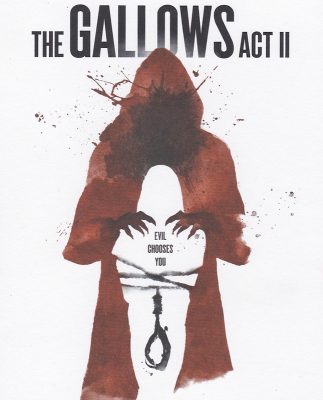 When teenage vlogger and aspiring actress Auna Rue logs into a sinister website, she’s trapped in the malevolent world of a cursed stage play, “The Gallows.”  After performing a passage from the play for her miniscule online fan base, Auna instantly achieves the stardom she seeks – as well as a twisted challenge from a deadly spirit (The Hangman) in this nightmarish supernatural thriller from the company that brought you Paranormal Activity and Insidious.

This derivative but engaging supernatural thriller is about summoning the darkest evil through a viral challenge is weirdly relevant and disturbing.  Extras include deleted scenes, an interesting audio commentary with writers and directors Travis Cluff & Chris Lofing as well as a fascinating featurette: “Summoning the Hangman.”   Lionsgate. 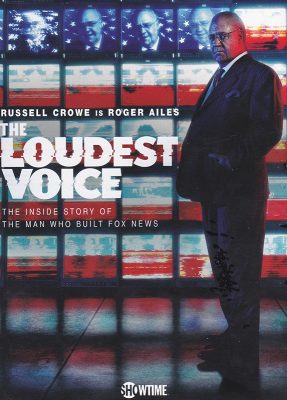 This jaw-dropping 6-hour limited series from Showtime stars a terrific Russell Crowe as Fox News founder Roger Ailes.  The all-star supporting cast includes Naomi Watts, Sienna Miller and Seth McFarlan.  The seven-part drama is based on the extensive reporting by Gabriel Sherman in his bestselling book, “The Loudest Voice in the Room” which includes interviews with more than 600 people and Sherman’s reporting for New York Magazine.

Even after his passing, no figure looms larger in today’s politically charged media landscape than Ailes.

This binge-worthy series delves into the events that led to the rise of the modern Republican Party.  Also touching on the defining events in Ailes’ life, including experiences with world leaders that gave birth to his political career and the sexual harassment accusations and settlements that brought his Fox News reign to an ignominious end.   Perhaps the most fascinating aspect of this compelling show is the light it sheds on the psychology that drives the political process from the top down.  Showtime Networks/CBS Home Ent./Paramount Home Ent.

GAME OF THRONES SEASON 8 and THE COMPLETE COLLECTION 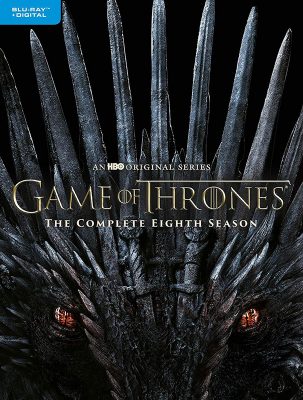 HBO releases Season 8 and the complete collection of all eight episodes of one of the most talked-about programs in TV history.  Special bonus features including ‘Game of Thrones: The Last watch,’ a documentary in two parts chronicling the making of the final season.  The show has launched the careers of a stellar cast, including Kit Harington, Emilia Clark, Maisie Williams, Sophie Turner and more, and is widely regarded as one of the finest television moments of all time, bringing in some of the highest viewing numbers for any television event ever.

This is the perfect gift for any GOT fan, and for those who have never seen the show (yes, they exist), the chance to look forward to an entertaining 75 hours of viewing!  HBO.