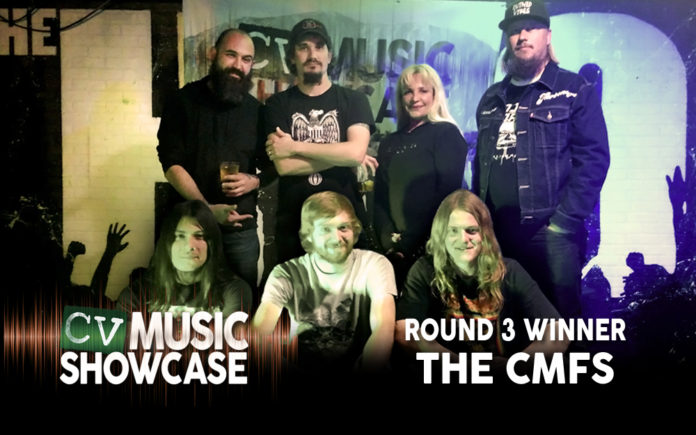 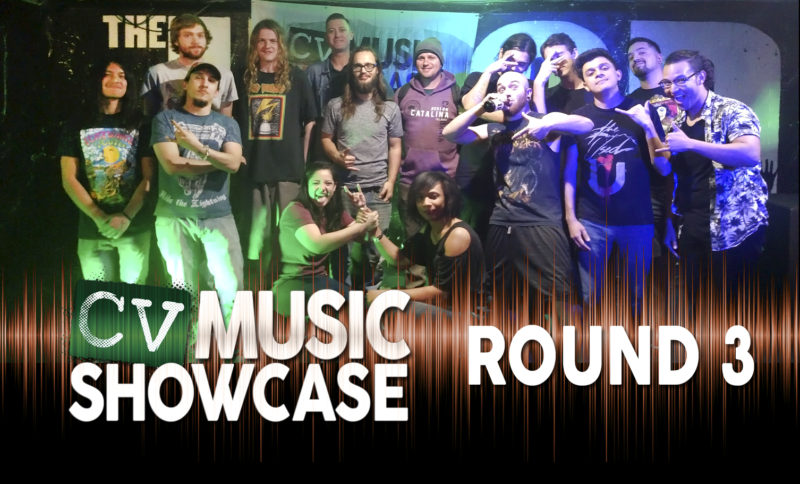 CV Weekly Music Showcase round 3 at The Hood Bar & Pizza had such a great turn out with such a supportive crowd for all the bands.  All four bands kept the night lit with such great performances that kept the crowd rocking! Although, all the bands and members gave an awesome performance, it was definitely ladies night!  I have to agree with the judges that the female drummers were on fire!!! All in all the night was exploding with such great talent and all four bands have the potential  to achieve much success.  Each band performed a 20 minute set and was judged on vocals, stage performance, song originality and audience participation.  The judges for round 3 included: Jason Hall (owner & founder of Ruined Vibes Vinyl only Record Label and CV Weekly Music Writer), Julie Montante (owner of PSA Organica), Chance Douglas (bassist & backing vocals for metal band Bound By Years, who will be opening for Soulfly in Colorado) and Eli Becken (music Producer and Grammy nominated musician, formerly of the bands Phallus, Se7en4 and Good Shive Low and currently Dangeroo). 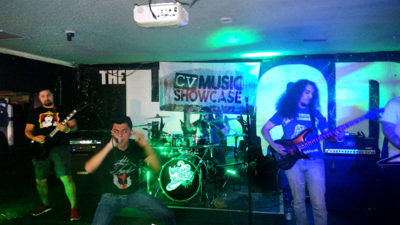 When Tides Turn: Members of the band consist of Jacob Garcia on vocals, Thomas Cazares “TJ” on lead guitar, Thomas Lambert on rhythm guitar, Adrian Whitson on bass  and Desiree Mc Caslin on Drums.  The band had a powerful performance delivering an in your face metal sound that kept their supporters engaged throughout their set.  From the vocals to the drummer’s intensity it was an overall good performance. The band also brought along a substantial fan base coming in all the way from Blythe. 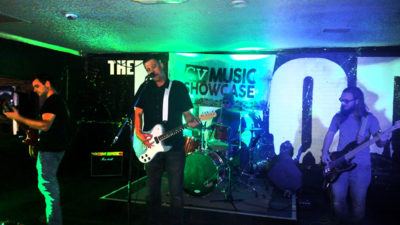 Captain Ghost: Members consist of Bradley Burton on vocals and guitar, Jacob Miller on guitar, Michael Hendricks on Bass and Corwin Hendricks on drums.  Between their “Devilish smiles,” great vocals and song composition it was a solid performance with their death surf rock sound.

“You all had good energy up there, and you have a unabomber on drums. I’m also going to make sure not to bring my daughters to your shows.” Judge Eli Becken

“You have a very promising future.”  Judge Julie Montante 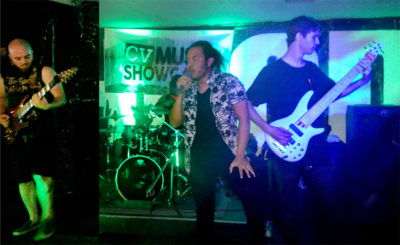 He Films The Clouds: Members consist of Xavier Hernandez on vocals, Jacob Garcia on guitar, Cameron Homa on guitar, Joseline Gale on drums and Jordan Price on Bass.  A mixture of progressive metal and hardcore they had great stage presence and enthusiastic audience participation. 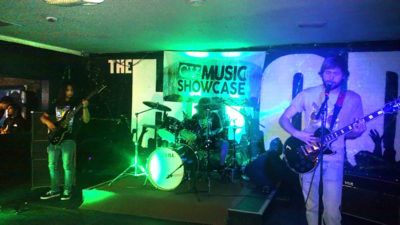 Last but not least, round 3 winners, CMF’s, members consist of Joseph Vaughan on guitar and vocals, Jasyn Smith on drums and Joseph Mendoza “JJ” on Bass.  CMF’s (Classy Mother Fu?kers)captivated the audience with an amazing performance.  The name alone intrigued the audience.  This is the band’s third time competing in the CV Weekly’s Showcase.  After speaking with Jasyn Smith, he explained that they were all very happy about winning a spot in the finals.  He reports that it felt great and feels that all their hard work is paying off.  They have worked hard on improving their stage presence because he feels that it is what hurt them in the past showcases.  All their hard work is definitely paying off, not only did they win the $200 cash prize they will move on to the finals. Congratulations guys!

“I think you guys will have a great career.” Judge Julie Montante

“The name of your band alone makes me want your music.” Judge Chase Douglas

“The highlight for me was the song composition, time changes that are unfuckenbelievable.” Judge Eli Becken

With two more rounds remaining CMF’s, along with Manuel the Band round 1 winners, and Sleazy Cortez round 2 winners, will move on to the Showcase Finals for a chance to win $2,000 cash sponsored by Brad Guth of The Hood and Julie Montante of PSA Organica; a photo shoot courtesy of Laura Hunt Little Images; and a one track recording with Arthur Seay at his Bitter Sands Recording Studio. Finals will be held at The Hood Bar & Pizza on Saturday, May 12. The next Showcase for round 4 will be on Sunday, March 4, 2018.