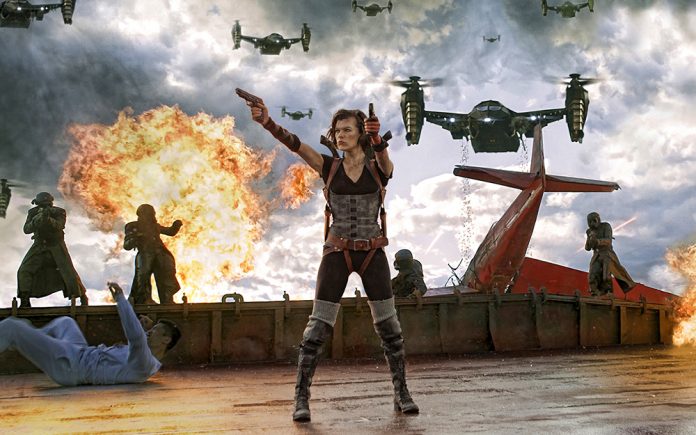 One of the most successful live-action video game film franchises of all time gets an upgrade in this week’s first time release of the of the six film collection.  The set includes hours of special features with rare archival featurettes and an extended cut of RESIDENT EVIL: APOCALYPSE. 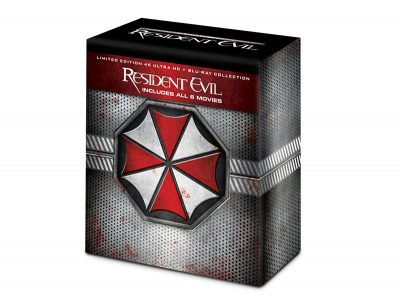 Based on the popular video game series by Capcom, the franchise stars Milla Jovovich as Alice, a superhuman security expert pitted against the sinister Umbrella Corporation as the world’s population is transformed into flesh-eating creatures by one of the most dangerous of all biological weapons.

Many fans consider this great-looking, hugely entertaining and satisfying action filled series a metaphor for very real earthly issues timely and relevant in many unexpected ways.  The transfers are state-of-the-art picture and audio.  Something very special to consider for the home movie library especially if you have a really big (65” plus) screen.  Recommended.  SONY.

I like to hear from readers and fellow movie buffs.  Drop me a line, I want to know what movie you are most eager to see on your home theater screen and if you plan to attend any traditional indoor venue (even with so called “safety” measure in place) in the near future as long as the pandemic rages out of control.

Me, I’m eager to see 4K TENET and no, I have no current plans to see any indoor movie events.

Note; the beloved Palm Springs International Film Festival has been pushed back a year  and It’s not clear yet how or if they still plan to make it a vi=ritual event.

The ongoing Yucca Film Festival is an online virtual event and it’s free.  Great idea!  Maybe it will catch on.  But if so, how can it be monetized for PSIFF?  Will fans buy an app?  I don’t think so.