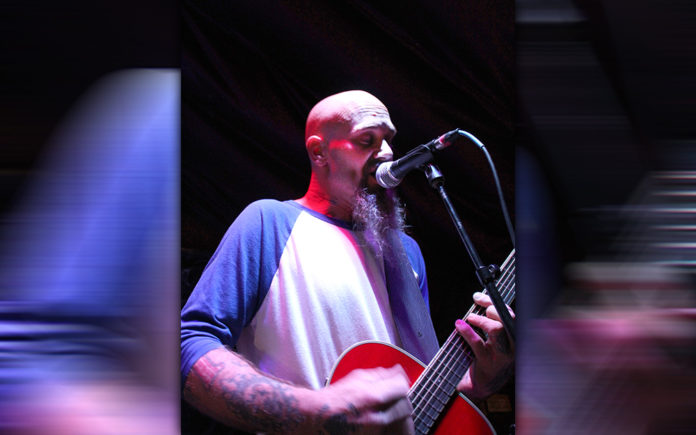 Nick Oliveri is a person who needs no introduction. This man is sure to have made an impact on you in some way, whether personally or musically. He’s a multitalented musician, and simultaneously a wild man and one of the most humble people you’ll ever have the chance to meet.

Nick got his start as a money making musician early in life. As a youngster, he was part of the earliest days of Kyuss, first as guitarist, then taking over bass duties for Chris Cockrell very early on. During a Kyuss tour opening for The Dwarves, Nick became good friends with the guys in The Dwarves. After leaving Kyuss prior to “Sky Valley,” Nick ended up joining The Dwarves as their bassist under the moniker, Rex Everything. This is a relationship which still exists, 25 years later.

In 1997, Nick formed his other still standing band, Mondo Generator. Mondo Generator has to take a minor hiatus due to another little-known band at the time, Queens of the Stone Age. From 1998 until 2004, Nick was a full-time member of QOTSA and appeared on the first three albums. While not actually playing on the self-titled first QOTSA album, he appeared in a voicemail on the last song.

For Rated R and Songs For The Deaf, Nick has a much bigger part playing bass, writing some music, and even singing on different parts of the albums. Mondo Generator was active during Nick’s tenure as QOTSA bassist, but barely. In 2004, after Nick’s departure from QOTSA, Nick became fully involved with Mondo Generator and various other bands. 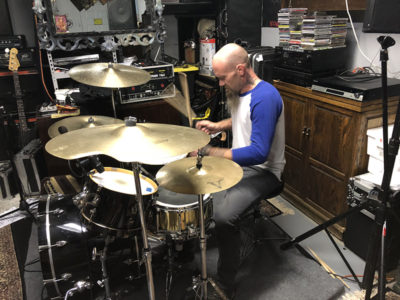 Nick has played on tons of artists’ albums including Turbonegro, Masters of Reality, Eagles of Death Metal, Svetlanas, Mark Lanegan, Blootclot, and many others. Nick also plays live consistently throughout the year with many bands. The Dwarves are wrapping up a world tour supporting their latest release, Take Back The Night. Mondo Generator is gearing up to record a new album and play their first show in 2 years for The Hellions’ vicennial celebration at The Hood on October 28, with a possible New Year’s Eve show at a super secret location. Nick is also playing his Death Acoustic sets anytime he can fit it into his busy schedule.

On a personal note, this interview was one of the hardest I’ve done. Nick has been a major influence on me since the early days. The past two years, Nick and I have become good friends. Tell the 20-year-old me I’d be friends with Nick Oliveri, and I would have laughed at the idea of being a friend of one of my musical hero’s. One would think interviewing a friend would be easy, but it turned into what we normally do, just a chat amongst friends. Because of this, the interview May at times seem like we are rambling. We are. At times it may seem like stuff was edited out. It was. Forgive me if this proves to be a tough read. I promise, it is worth it. It’s fun and insightful in the sense of seeing who the real Nick Oliveri is.

Coachella Valley Weekly: How did you get to where you are now with Death Acoustic?

Nick Oliveri: “Well, I’ve played in all these bands. I play in a lot of different bands all at the same time. A lot of these guys have kids. I don’t. This is why I have the time to do what I do. If nobody had kids in even just one of these bands, I’d probably only be in one band. We’d be touring and recording all the time. With kids you want to stay home. I get it. I kinda chose not to have kids because I want to play in bands. Death Acoustic is my kid. When my friends are with their kids, I’m with mine. It’s cool. I meet more people playing acoustic than with a band. I’m the only guy there. I talk to everybody. It takes a long time sometimes, but if somebody stays there until the end, I’m more than willing to talk to them. With a band, the manager has us a little more sheltered. They feel they need to act like security, though I’ve never needed security in my whole life. That’s a long way of saying I do it because it keeps me busy.”

CVW: What material are you playing?

Oliveri: “I can play my own songs, and I can play other people’s songs who most people didn’t think could be played acoustic. It started with punk rock songs. I wanted to prove they were well written songs. A well written song can be played in any genre. Like Bob Marley’s “I Shot The Sheriff.” Clapton did it. People often argue that punk rock songs aren’t good songs. Yeah they are… they can even be played acoustic. These are real songs and great artists. I do my songs too. A lot of songs I write are written on acoustic. That’s the bare bones of the songs. If I like the song and can get behind it and feel it, I’ll play it. A lot of people ask me to play more of my songs. It’s funny because I think a lot of my songs come across better with a band behind them. I’m sure most of the people whose songs I cover think their songs sound better with a band behind them too.”

CVW: Currently, you’re touring with The Dwarves with Death Acoustic thrown in the middle of it all and a sprinkle of Mondo Generator. When do you take a break?

Oliveri: “Not often. There was one time I was doing Bl’ast, Mondo, Moistboys, Dwarves, and throwing Death Acoustic in-between those tours. I was so tired. I even double-booked Mondo Generator. I had to haul ass from Orange County to Indio. You were there…”

CVW: You literarily walked in plugged in your bass and played!

Oliveri: “It was hard. I broke some speeding laws to get there for sure. Risked my life hauling ass in that El Camino. It’s hard. In my head, ‘I can do that show no problem,’ then I look at a calendar. It was bound to happen sooner or later. That was the only time though in all these years.”

CVW: The Dwarves have you incredibly busy.

Oliveri: “I’m lucky that Blag (Dahlia) has kept me busy for so long. I’m grateful. It is slowing down a little which is good for Mondo Generator. We are gonna lay down some tracks for a new album. It’s good. People want to see you live, but it’s better if you’re touring on something. I think we may do a pay what you want digital with the new Mondo. We’ll definitely print some stuff up for the road. We’ll have a limited edition vinyl. There are people out there who have bought every release. They deserve a free record every once in a while.”

CVW: I get your records shipped to me for a guy in England, Tomasz (Ligocki). He has everything you’ve ever played on.

Oliveri: “That guy has things I don’t have and didn’t know existed. He brought a DJ box of records and I signed everyone. He brought me a leather sleeve for the Rex Everything Dwarves album. It was great. He put a lot of time into it. I know how hard it is to stitch leather. He had to be doing that forever. He deserves a free Mondo album. He’ll buy the LP I’m sure. If I had a dude like that in every town, I’d be rich.”

CVW: I’m shocked you signed them all. Your signature is not a scribble. You sign your whole name legibly. You are incredibly humble. You and Mike Pygmie are some of the most humble musicians I know.

Oliveri: “Mike! Mike Pygmie is my guitar hero. He’s a blistering guitar player who should never be roofing on a house. He should be ripping guitars at all times. He’s a guy who is definitely underrated and who is a secret weapon to people who don’t know. He’s in John Garcia’s band as a bass player. It’s like John doesn’t even know. He’s my secret weapon in Mondo Generator and nobody knows. Well they do now because I’m telling you. He’s a superhero and people are going to know. He’s done a lot of writing on this new record and inspired me to pull out some old riffs. This is going to be cooler than other releases I’ve done because of his music. I’ve enjoyed putting lyrics to his stuff. We’ve been demoing music with him drumming. He’s a great drummer as well. He can do what needs to be done. He can do it all… not only do it but do it well. The new Mondo is so interesting already. I can’t wait to hear what it sounds like. Jeff (Bowman) is writing too. He is a good song writer. I have a band of songwriters. It’s great.”

Oliveri: “Mondo Generator is playing our first show in a couple years at The Hellions 20th anniversary. Those dudes are great. High octane rock ’n’ roll. There all Turbojugend guys too. Jamie (Hargate) is a great dude. Angel (Lua) is a great dude. Travis (Rockwell) is a great dude. I’d love to do a band with their drummer Bob (Llamas) one day. A high-octane punk band! Bob bought me a Kyuss Wretch vinyl. The label only did 50. When we signed the deal, they only did CDs. We asked them to make personal copies for us. They did. He found it in a bin for like $0.50 and gave it to me. It doesn’t even come up as a release. I love those guys. They’ve been good to me and I’ve been good to them. I’m doing Death Acoustic and Mondo that night. You and I just recorded a live Death Acoustic set for release too…November 29 in Vegas with John Garcia. Also, there will be a super secret invite only New Year’s Eve show in the high desert. Hopefully Mondo Generator, but at least Death Acoustic. I’m also doing some vocals for Svetlanas.”

If you know Nick, reach out about the secret show. Some of you already know. Shhhhh.

This article could’ve gone on longer, but I had space requirements.