So much of the world’s most serious troubles are centered around differing religious beliefs.   Unfortunately, there are religious extremists and fanatics in every religion thinking their way is the only way.

We are a country that vehemently believes in freedom of religion.  There are more and more people changing their faiths.  This has created first-hand opportunities to understand or misunderstand “the other.”  Author and religious scholar Huston Smith brought to life the beauty, intensity and commonality of the world’s religions. 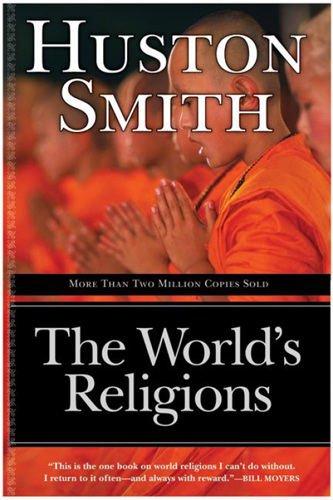 Smith’s most widely read book, The World’s Religions (HarperOne, 448 pages) was first published in 1959 as The Religions of Man.  The title was changed in 1991 as it became more widely used as a supplemental textbook in Comparative Religion and other college courses.

The World’s Religions sold more than two million copies.  Author Smith wrote in an easy and personal manner.  He shared what he learned and observed rather than lecturing in a judgmental or academic voice.

Smith was the son of Methodist missionaries and was born in Suzhou, China.  He lived there 17 years before going to the United States for college.  He attended Central Methodist University and then the Universities of Berkeley and Chicago. 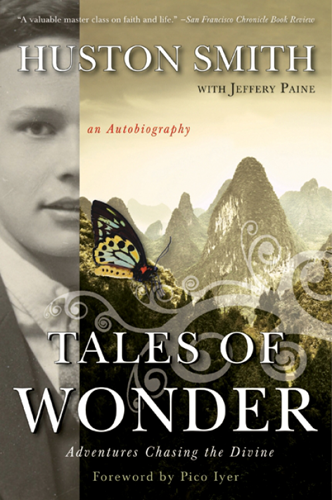 Dr. Smith wrote more than a dozen books.  In 2009, he wrote his memoir Tales of Wisdom: Adventures Chasing the Divine (HarperOne, 240 pages).  Smith shares that his years in China shaped his interest in culture and religion.

Huxley introduced Smith to Timothy Leary who hooked Smith up with mescaline.   Smith said the drug helped him realize the power of the Bible’s central mystery that no one may see God and live.  Smith wrote that he stopped taking the drug because, well, “After you get the message, hang up.” 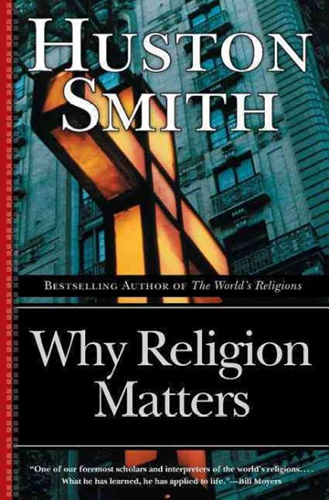 Why Religion Matters: The Fate of the Human Spirit in an Age of Disbelief  (HarperOne, 304 pages) Smith shared the idea that insatiable materialism is crushing the human spirit and replacing religion.  He defends religion as a way for society to gain wisdom and compassion.  Smith believed a religious tradition was an “Essential part of spiritual practice.”

In a discussion with journalist and pastor Bill Moyers, Smith’s answer about conflicting beliefs was: “We listen.  We listen as alertly to the other person’s description of reality as we hope they listen to us.”

Often to the ire of some conservative Christian theologians, Smith pointed to what the world religions had in common.  Having practiced many different faiths himself, Smith saw that there was consistently a reality of the divine, an existence of a soul and call for compassion. Religious scholars considered Smith a Universalist who posited generalities.

But after the decades and faced with more religious global conflicts, Smith’s writings and voice became accepted by religious scholars.

Indeed, Smith’s main observation was that people all over the globe in similar ways have the same questions:  Is there a God? Why do we die?  Is there something after this life?  Smith said, “If we take the world’s enduring religions at their best, we discover the distilled wisdom of the human race.”

I had the good fortune to hear Smith talk.  I treasure my old copy of The Religions of Man with his signature.  I could feel his passion for life.  He exuded a quiet joy and peace, which captivated — and annoyed — some of the audience.  He tugged at the strict religious doors of the exclusive, hardcore, dogmatic, Christian fundamentalists in the auditorium.  With gentle kindness, he was able to open some of their hearts to other religions and a grander reality.

I like to think I heard the following quote from Smith’s lecture, but I can’t be sure because it was a long time ago: “The goal of spiritual life is not altered states, but altered traits.”  Rest in Peace Huston Smith.