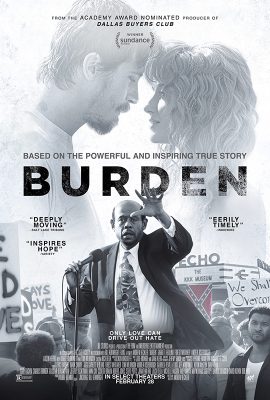 Academy Award® winner Forest Whitaker and Garret Hedlund (Mudbound) give powerful performances in the moving and courageous and timely true story from 101 Studios and the producer of Dallas Buyers Club.

Set in a southern community scarred from deep-rooted racism, an unlikely friendship is formed when an African American reverend (Whitaker) helps a KKK member (Hedlund) leave the Klan.

When a museum celebrating the KKK opens in a small South Carolina town, the idealistic Reverend Kennedy resolves to do all in his power to prevent simmering, deeply embedded racial tensions from boiling over.

However, some members of the preacher’s congregation are shocked to discover that his plan includes sheltering Mike Burden (Hedlund), a Klansman whose relationships with both a single-mother (Andrea Riseborough) and a high-school friend (Usher Raymond) force him to re-examine his long-held beliefs.

After Kennedy helps Mike step away from his violent past, the Baptist preacher finds himself on a collision course with manipulative KKK leader Tom Griffin (a terrific Tom Wilkinson). In the face of death threats to himself and his family, the determined Kennedy bravely pursues a path toward peace, setting aside his own misgivings in the hopes of healing his wounded community. 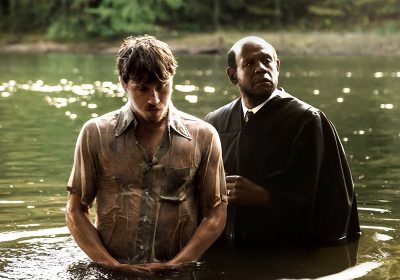 From Oscar® nominated filmmaker Robbie Brenner and writer/director Andrew Heckler comes this compelling true story of compassion and grace in the American South.

The portrayal of everyday racism and the seemingly impossibility of healing and forgiveness against and the power of social conditioning is bluntly and brilliantly examined.  Tom Wilkinson as the KKK’s top dog is truly frightening.

This difficult but rewarding story is told with an authenticity, simplicity and courage that is rare in similar themed, “faith-based” films.   I can think of no other film that so effectively explores Jesus’ words: “Love your enemies and do good to those who hate you” It deserves an audience.  Maybe it should be shown in Evangelical churches as a reminder of what true Christianity is really about.

This well-crafted and meaningful film deserves an audience.  A standard Behind the Scenes featurette is the only bonus on this DVD.  Universal.

Wind down this weekend and check out some of the most popular home entertainment with the latest and greatest titles thanks to our friends at DEG (The Digital Entertainment Group) for the latest ‘Watched at Home Top 20’ list.

This week’s slate includes classic films perfect for a re-watch with the family, as well as recent thrillers, action-comedies, dramas and superheroes! Looking for trendy content recommendations has never been easier thanks to DEG: The Digital Entertainment Group.