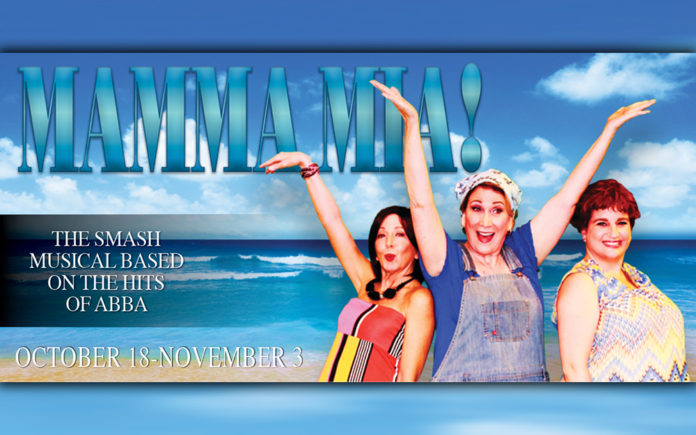 The 1970’s was an era when women’s rights, gay rights and environmental movements all began to demand more attention in American culture.  Music was changing and new sounds were reflecting the generation that emerged after the free love and war demonstrations of the 1960’s.  Funk, Soul, R&B, Pop, Hard Rock, Soft Rock and Disco all carved out their place in the music world of the 70’s.  And no band immortalizes the decade better than the Swedish Pop group, ABBA, who became one of the top selling groups of all time.

In 1998 British playwright Catherine Johnson, joined ABBA singers/composers Benny Andersson and Bjorn Ulvaeus, to create the internationally successful Musical, “Mama Mia.” Based on the music of ABBA, ‘Mama Mia’ opened to great acclaim in 1999.  As of 2018, Mama Mia, is the seventh longest running show in London’s West End. The Broadway production closed in September 2015 after a 14-year run, making it the ninth longest-running show in Broadway history.

The most recent incarnation of this international hit is currently on stage at the Indio Performing Arts Center, under the production of Desert Theatre Works.

Mama Mia, is set on a fictional Greek island, 20-year-old Sophie (Susannah Vera), who has been raised by her single mother, Donna, (Suzie Wourmes,) is preparing to marry her fiancé, Sky (Noah Arce.)  She wants her father to walk her down the aisle, if only she knew who he was. Sophie discovers her mother’s old diary and finds entries which describe intimate dates with three men, Sam Carmichael (Shel Safir,) Bill Austin (Steve Portoles,) and Harry Bright (Mark Demery). Sophie believes one of these men is her father and, three months before her nuptials, sends each an invitation to her wedding, writing in her mother’s name, Donna, without letting her unsuspecting mother know. All three men accept the invitation and arrive for her wedding.  Memories of Donna’s 1979 ‘Dancing Queen’ persona is revealed through song and dance with the help of her two best friends Tanya, (Tiffany Lobue) and Rosie, (Kelly McDaniel,) who will definitely make you long for a reunion with your college besties.

Daniela Ryan artfully directs this mega size ensemble. With wonderful assistance from talented choreographer Stacy Casaluci-Grenrock, Ryan keeps this production singing and dancing in synchronized harmony, as they move across the stage and throughout the theatre.  One of my personal favorites was the staging of the song “Under Attack,” bringing the audience into Sophie’s sleep walking nightmare.

Mama Mia, is a fun, feel good kind of show. I’ve seen two previous productions in Los Angeles.  It should have you on your feet dancing and singing along. Unfortunately, despite understanding that this cast obviously worked extremely hard to bring this show to life, I did not feel the magic or chemistry in their song or dialogue, which left me with a sense of disappointment.

Desert Theatreworks, produces incredible community theatre and should be applauded for their efforts.  Here’s hoping that this production finds its footing and closes with dancing in the aisles.

Mama Mia, can be seen through November 3rd, at The Indio Performing Arts Center, located at 45175 Fargo Street, Indio, CA.