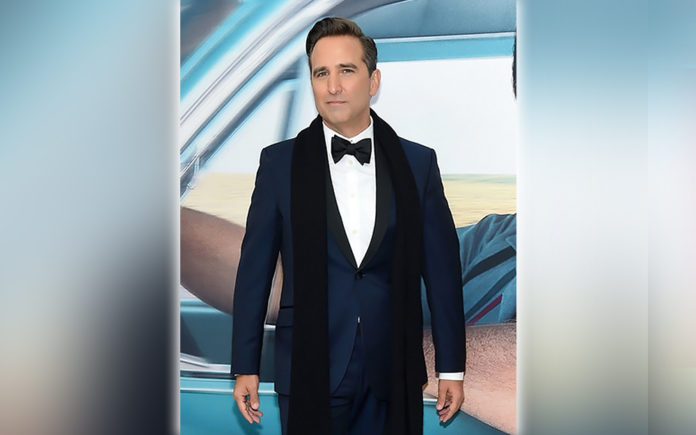 Many in the desert will remember Mike Hatton as a familiar face covering news and stories for KESQ. Others may recall local independent films he did with director Christian Sesma (who continues to be a creative collaborator). On January 3, 2019, Mr. Hatton will return home to accept the Vanguard Award at the 30th Palm Springs International Film Festival Film Awards Gala along with director Peter Farrelly, actors Viggo Mortensen, Mahershala Ali and other members of the cast for the critically acclaimed film, Green Book. 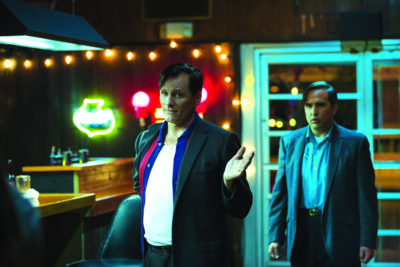 The Vanguard Award is a group honor distinguishing a film’s cast and director in recognition of their collective work on an exceptional film project. The film (based on a true story) follows working-class, Italian-American bouncer, Tony “Lip” Vallelonga (Viggo Mortensen), as he becomes the driver for an African-American, classical pianist, Dr. Don Shirley (Mahershala Ali), as they tour contentious venues through the 1960’s American South. Hatton delivers a memorable performance as George, the bass player in the band.  The Film Awards Gala, hosted by Mary Hart and Entertainment Tonight, and presented by American Express, will be held on Thursday, January 3 at the Palm Springs Convention Center. The Festival runs January 3-14.

I caught up with Mike by phone last weekend to congratulate him and discuss a little more about his journey from Indiana to Palm Springs to the silver screen alongside Academy Award-winning and nominated actors, Ali and Mortensen.

CVW: Congratulations on all the success with Green Book!

MH: “Thank you! I’m a big fan of CV Weekly! You guys have always helped us out and I’m glad we get to do this interview.”

CVW: I know you’ve worked with a lot of talented people over the years but this cast and director are at another level. How did this role come about?

MH: “Yeah, they’re incredible. I think Pete (Farrelly) is genius and I believe one of the greats. Working with Viggo and Mahershala, watching them get into their roles, completely changed the way I approach a character.”

CVW: How are you going to approach your next characters?

MH: “The next film I’m doing is with Christian Sesma and when I got the script, I flew by the character. I think what I learned was I don’t have to play an aspect of myself but can transform physically. I can be totally different. Viggo put on a lot of weight for his role, changed himself physically. And Mahershala is an athlete who let that go because Don Shirly wouldn’t have been. Although, I think I put on weight just being around Viggo because he was always eating!”

Mike had to pause the interview as his kids plotted a coup. I heard him say: “I love you, bye. Daddy’s on a work call.” There may have been a few bribes involved with the little Hatton’s, too, but I cannot be certain. Then footsteps and what sounded like a car door opening and closing.

CVW: Mike, are you under attack?

MH: “Yeah, I’m good now, I’m in the car. If they try to attack I can just drive away. My wife is home now. Sorry about that.”

CVW: It’s the life of a Hollywood Dad. No worries. Most of your roles are more comedic. This was definitely a more serious role. Tell me about your acting background.

MH: “Even before I came to the desert, I enrolled in Second City (the premier training ground for improv) but then got the job at KESQ. I was unemployed so couldn’t turn down a job. I moved to Palm Springs and then enrolled at the L.A. training center. I would drive there every weekend for the first year and a half. Eventually, we started doing shows.”

CVW: I think many people don’t realize how difficult comedic acting is nor how serious it is. How did that prepare you for this role?

MH: “I used my improv training a lot while we were filming but when I first got in the room with (director) Pete, he knew I was a Second City guy. I think he believes the comedic can get dark. He wanted to use some of those tools. There is the scene where I have to go to Tony Lip’s hotel and it was a pretty elaborate set-up with cars needing to reset each take and we would be waiting for two or three minutes between takes. We were getting close to going into overtime so we had to wrap the scene. I was finishing my lines fifteen feet short of my mark so I just improvised with Viggo. Peter loved it and asked me to repeat it. That’s what we went with in the movie. And another seen when Tony says he’s gonna go piss on their rug, originally I wasn’t saying anything but it didn’t feel right so, I stuttered a little on the line Don’t, don’t do that. It just worked. The training helps in those moments a lot.”

CVW: Peter Farrelly is known for his quirky, comedic films like Dumb and Dumber, Something About Mary, Kingpin, and would seem an unusual choice to direct Green Book.

MH: “He promised everyone he was not going to make this a joke funny film. Pete allowed the film to be honest and comedic in moments while touching on the dark side of the story. When you lock up two people in a car for four months, there will be comedy! There is a lot of truth in comedy and humor can be bonding but the funny can be like a roller coaster that suddenly turns a laugh into a dark side of humanity that we are ashamed of. I think Pete and Brian Curry (co-writer) and myself are all Irish and have experienced some dark times but are able to see the humor even with great tragedy. When you read the script there are some naturally funny moments that really help the characters bond.”

CVW: How important is it to have a film community, like Palm Springs, where you can make independent films and celebrate great films at a festival?

MH: “It’s so important. I was able to make films here with Christian (Sesma) and that led to me knowing Paul Sloan (actor, writer), who knew Nick Vallelonga (writer of Green Book). Sid Craig was my first agent and he helped me a lot. I was going to work on Kimmel. I sold my house, left my job and went to L.A. Then Writer’s Strike happened and that didn’t help me! It’s like a football team, you need eleven players on both sides to play the game. You can’t win by yourself.”

CVW: What advice do you have for the Mike Hatton’s of the world that are just starting?

MH: “Don’t say “no.” Even if it’s bad, you might win a Razzie Award! Don’t turn down opportunities because each project leads you to the next and you meet some good people along the way that you can make movies with a few more times. Surround yourself with people you like. Make your opportunities.”