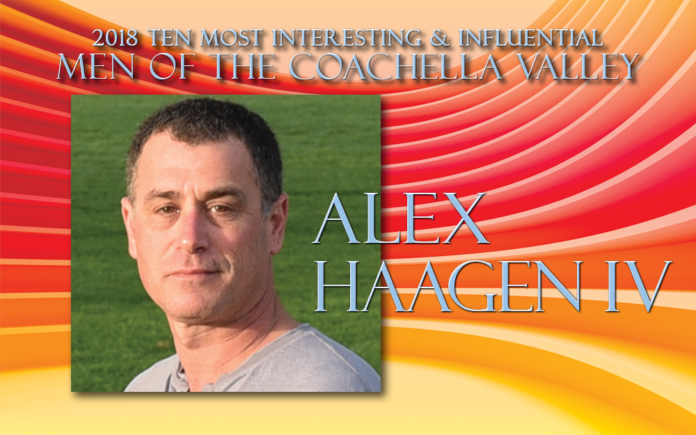 When you think of the Empire Polo Fields in Indio, California, you unmistakably think of Coachella, one of the most revered music festivals in the world…EVER! You think of Stagecoach, California’s premiere country music festival. You consider the incomparable level of world-class polo matches being played. It is commonly understood that Alex Haagen IV has had an extensive hand in all of the above.

What you may lose sight of is the Date Shed, a live music venue that began as a private club but has turned into the most sought after stage by all desert musicians and host to many a national and international touring artist. You should contemplate the encyclopedic line-ups of the Rhythm Wine & Brews Experience, now in its eighth year. Then you have the new Desert Oasis Music Festival, the highly anticipated inaugural event in 2017 that did not disappoint, with major Reggae, Latin, Hip Hop and Ska acts performing. The Empire Music Ventures team has brought such a wide cross-section of artists to RWBE and DOMF. The whiz behind that team is Alex. Coachella Valley Weekly spoke with Alex, one of our Ten Most Interesting and Influential Men of the Coachella Valley 2018.

The man behind the curtain was born and raised in Los Angeles and first started coming to the ‘City of Festivals’ in the mid-80’s. He is married with a son, daughter and sweet Rottweiler. Aside from festival production, Alex’s multi-faceted career also includes real estate. Alex shared, “The real estate development part of my life started when I was still in high school and I was fortunate enough to be mentored by my grandmother and grandfather who were pioneers in the industry.” He is also enthusiastic about branding and art. Alex admitted, “If you told me 20 years ago that I would be here doing and loving the things I do, I would have looked at you with a puzzled look, but today I can’t imagine being and doing anything else.” 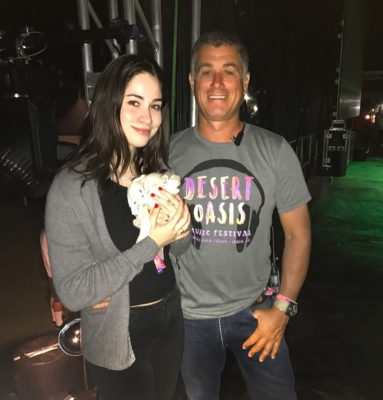 Something people may not know about Alex is that he served the City of Indio and its residents as a reserve police officer with the Indio Police Department for over 22 years. Alex’s blue-collar attitude is similar to the typical working class approach. “I start with some really strong coffee and hit the ground running every day.” What may differ is the breadth of his vision and extent of his persistence. Alex admitted that his mother and father are the most prominent influences in his life. “Their kindness and strengthened intelligence has molded me into the person that I am today.” Alex has a motto, “Never give up and dream big!”

Alex has definitely built his castles in the air. The most recent RWBE showcased Stone Temple Pilots, The Psychedelic Furs and She Wants Revenge while DOMF is scheduled to return on October 13-14, 2018. Last year’s DOMF featured Damian Marley, Rebelution, Steel Pulse, J BOOG and Los Lobos to name a few.

In speaking about RWBE and DOMF, it’s obvious the most gratifying moments come from entertaining music fans. He confirmed this. “The most rewarding part of my career would have to be creating a concept, spending enormous time, effort and energy with a team of great people to bring it to fruition and then a month later stand off to the side and hear strangers make comments about how much they are enjoying themselves.” This ‘behind the scenes’ mentality is what makes Alex punch the clock on the daily.

Alex believes that you have to live and work like you’re on vacation. “It’s not work; it’s fun. Doesn’t everybody want to have fun?” This does not come by accident. Alex surrounds himself with supportive and like-minded individuals. “I have a bunch of great friends and I believe that socializing with them keeps me centered and young at heart.” He also participates in water sports, snowboarding and vacationing in Idaho.

Although Alex remains a mystery to some, he is highly respected and understood by his employees. None better than Kristen Reinhagen Ortiz, Director of Operations at the Date Shed and Senior Talent Buyer for Empire Music Ventures. Kristen said, “I think one of the most surprising things to people is how hands-on he is. If a palm tree needs to be moved, he’s the first to jump right on a forklift and move it. He waters the grass and puts up lights. He designs merchandise. It’s what I love most about him.” These perceptions of Alex by team member’s delegates him as an emergent leader in the Coachella Valley. We congratulate Alex Haagen IV!

Alex will be representing the American Cancer Society. The AMC are on a mission to free the world from cancer. Money raised by the ACS is to fund and conduct research, share expert information, support patients, and spread the word about prevention. All so we can live longer and better.