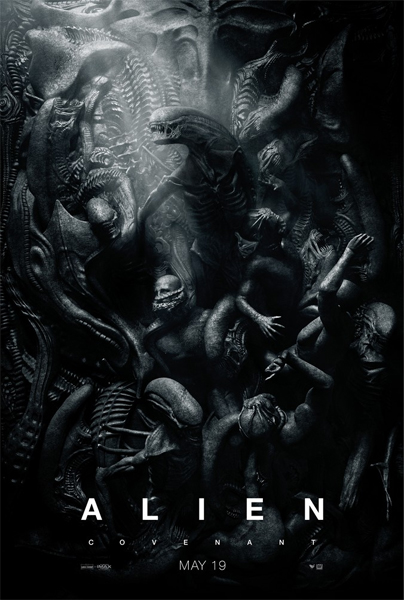 To get up to speed of the doings in the dark and dangerous outposts in the Alien universe, I watched again Ridley Scott’s original Alien and Prometheus.  I was reminded of our long fascination with the major question: Are we alone?  That premise is a staple of books, comics and movies.  Is it worse to be alone in the universe or discover alien life wants us humans removed from the equation?  It’s a tough conundrum, like trying to reconcile the notion of evil and a God of love.

I heard mixed reviews, one from a local TV reviewer who called director Ridley Scott a “master of suspense” – oh really?  Since when? And then he mispronounced the iconic Swiss production artist Geiger’s last name (it’s pronounced “Geeger” as most film buffs know).  So I didn’t know what to expect when I saw the movie.  But I will say upfront, I loved the movie and the return to deep space terror! I was hoping this material would be taken in a new direction.  Watching the film, I thought many times that this could almost be the long anticipated sequel to Scott’s Blade Runner, which is also on the horizon!

The story is about the colony ship Covenant , with a cargo of 2,000 dormant and otherwise doomed earthlings on their way to populate an unexplored distant planet on the far side of our galaxy.  The crew discovers what at first appears to be an unmapped paradise.  Perfect!  But — no surprise here – it turns out to be a dangerous world that holds a threat beyond their imagining.

Now they must find a way to escape, but that’s not nearly as easy as landing.  There’s big trouble in this Eden-like world that reminds of the Biblical story. 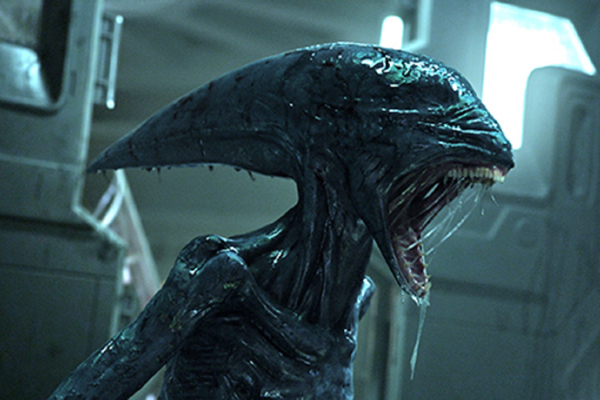 One theme I really liked was the idea that all the seemingly sentient entities, whether alien, artificial or human – share a similar desire to replicate and survive.    The terrific battle that ensues is a sea of gore balanced in part by relevant references to medieval artist Michelangelo, poet Percy Shelly and writer John Milton.  Questions of identity (Michael Fassbinder’s dual android role is a standout), beauty and the meaning of life abound.  Are humans the real aliens in this latest galactic horror?  Besides Fassbinder, co-stars James Franco, Katherine Waterson, Billy Crudup and Danny McBride share the ride into this subconscious dreamscape that Jung would no doubt find especially intriguing.  Yes, it’s that kind of movie.

For those planning to see this smart sci-fi spectacle, I won’t detail the plot twists and revelations that play off these relevant themes, but my mind was teased and my eyes dazzled.  This satisfying film held my full attention till final fade-out. After all, feeling fear is a reminder we are alive.  Recommended. 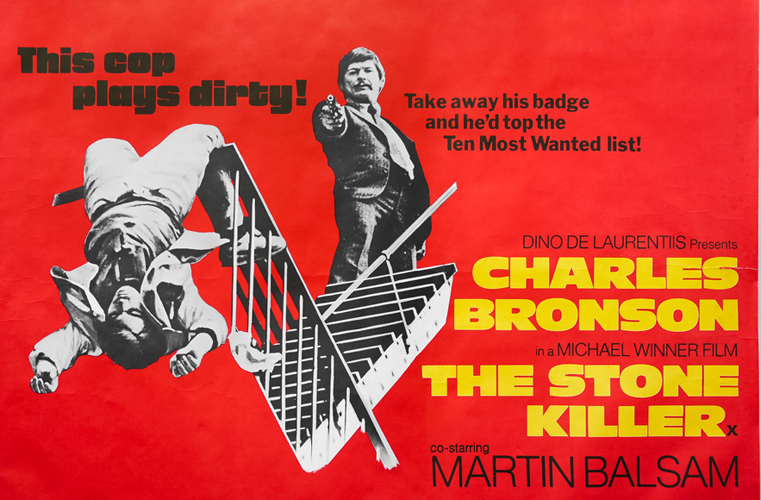 The CHATO’S LAND team of star Charles Bronson, director Michael Winner and screenwriter Garlad Wilson move from Western badlands to menacing cityscapes in this muscular power-packed police procedural about the hunt for a mob-run hit squad.

Roger Ebert called this film “a superior example of its type – the tough cop against the mob – and probably the best violent big-city police movie since Dirty Harry.

Clearly Winner directs with a passion and intensity that is almost palpable and well serves the compelling plot adapted from John Gardner’s book – adapted by Gerald Wilson — about a tough cop up against a Mafia plot to avenge a decades-old massacre.  Here’s the twist (not a spoiler): the Don (Martin Balsam) is using Vietnam vets as his hit men.  The effective score is from Roy Budd and it’s available on a separate track.  There’s fascinating commentary by Bronson biographer Paul Talbot.  This title is a 2017 4K transfer and it looks pristine.  Limited edition.  Twilight Time. 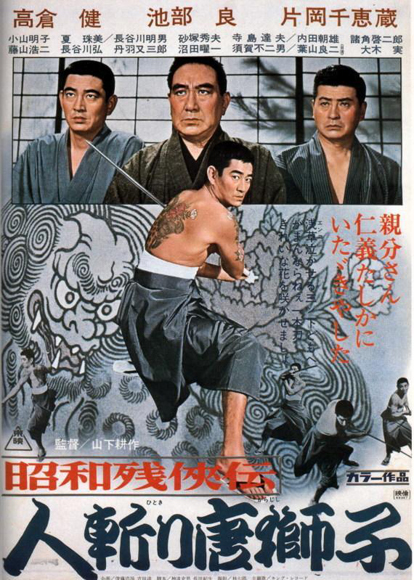 Japan’s legendary Ken Takakura stars in Toei Studios pioneering first film in the Yakuza-chivalry series that propelled him to the top ranks of global cinema icons and properly introduced fans to the yakuza’s origins.

Toei veteran Kiyoshi Saeki’s direction helped shape Takakura’s unique style of tateyaku or “heroic leading man.”  Here the great Takakura plays an admirably upright yakuza that returns from World War II to find his humble hometown destroyed.  While helping to rebuild, he is enlisted in a fight against a brutal gang whose savage members fail to share his ideas about chivalry and honor.  Bonus material includes a new interview — “Brutal Tales of Filmmaking” — with producer Toru Yoshida.  Limited Edition (region A locked).  For more info or ordering, go to screenarchives.com 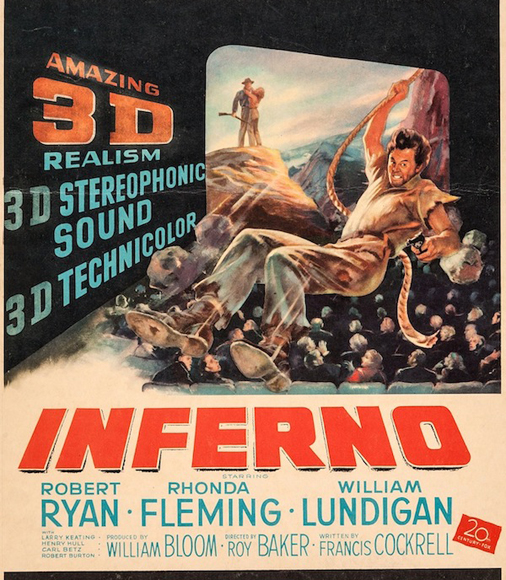 The one and only Robert Ryan stars as a decidedly crusty millionaire abandoned in the scorching desert to die by his scheming, no good wife (Rhonda Fleming) and her lover William Lundigan.  This gripping survival story is hugely enriched as Ryan transforms through his ordeal from a bitter defeatist to a clever and crafty new man.  Roy Baker’s direction is solid and the stunning cinematography is courtesy of the legendary Lucien Ballard (The Wild Bunch).

This great Fox entry for the insatiable 3D craze of 1953 is a tough, straight on survival tale with a surprising, murderous twist.  The extra dimension and Technicolor are effectively used to create a true feeling of being in a real place.  Never the less, rest assured there’s more substance than mere screen popping shenanigans here.  This superior transfer is equipped with interesting bonus features that are actually interesting  there’s, a fascinating commentary from film historian Alan Rode and Robert Ryan’s daughter Lisa, the featurette, “A New Dimension of Noir – Filming Inferno in 3D” and an isolated music track.  Limited edition of 3,000 units.  TwilightTimeMovies.  Blu-ray 3D&2D.