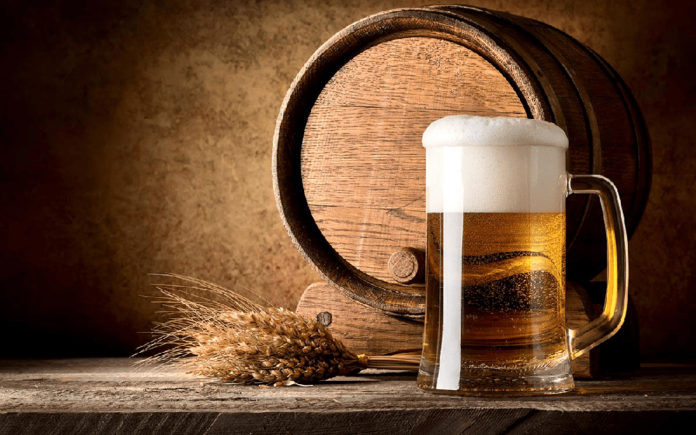 1988 was a big year for my best friend Casey and I. Not only were we having an epic competition to see who could collect the most M.U.S.C.L.E. figures (those tiny pink wrestlers that dominated the toy market for a few seasons in the late 80’s), but Samantha Fox’s new album came out and it was fire. On top of it all, Who Framed Roger Rabbit was in theaters and come hell or high water, we were gonna take our little fanny-pack wearing asses to see it.

Meanwhile, the microbrewery movement was starting to collect real steam as Vermont opened its first ever brewpub, Rogue Ales was founded in Oregon, and Goose Island Brewery started as a little brewpub in Chicago, IL. While I was sitting in my third-grade classroom and wracking my brain over whether the Thundercats or Silverhawks would win in a fight, IPA’s were entering a new phase in popularity.

While breweries were certainly making IPAs throughout the microbrewery movement of the late 70s and early 80s, it wasn’t until 1989 that the IPA was given national legitimacy by finally being included as a style at the Great American Beer Festival. Standard Pale Ale was still king, with Sierra Nevada and Anchor Brewing both making pale ales that were considerably hoppy for the public’s taste at the time, but the IPA was about to enter a new phase of evolution. In 1996 the Stone Brewing Co. was formed in Escondido, CA, and the company immediately set out to raise the public’s tolerance for bitterness.

Stone may have launched with a pale ale, but it was their 1997 IPA debut that brought them into the spotlight. Forgoing balance and nuance in favor of an all-out hop assault on the palate, Stone IPA packed a serious 71 IBU’s into their creation, and spearheaded a trend towards aggressively bittered IPA’s in which young and veteran breweries alike tried to out-do each other in an IBU cold war that lasted over a decade. Even the names of IPA’s created in this time reflected the mindset of the era, with Green Flash’s Palate Wrecker, Rogue’s Brutal IPA, Surly’s Furious IPA, and Stone’s Ruination Double IPA, all competing in an arms-race to see who could create the most intensely flavored ale.

Now, the term IBU stands for International Bittering Unit, and is the scale used to measure a beer’s bitterness the way Scoville units are used to measure a pepper’s heat. By the mid-2000s, breweries from coast to coast were using high-IBUs as a marketing tool to show the radical hopping rates of their IPAs. If that’s not a way to fatigue the palate, I don’t know what is. For years homebrewers had been experimenting with hopping all styles of beer to IPA-levels of flavor, so it is no wonder that craft breweries (by this point, the term craft brewery had replaced microbrewery as the term to describe an independently owned, small brewing company) started brewing these experimental styles of IPAs on their industrial systems. Red, Brown, and Belgian IPAs all became styles that delivered exactly what they promised; hybrid beers for hop heads (a term proudly used by IPA lovers to describe their passion for those little cone shaped flowers). Even dark ales were experimented with as the Black IPA, or Cascadian Dark Ale as it’s also known by, had its moment in the sun.

So, last year I went to the Vegan Food and Beer Festival in Pasadena, and got so wasted by noon that some hippie chick twerked on me while I was passed out on a lawn chair and the staff of Babe’s Brewhouse got some good pics to document it. Most IPAs run about 6.8% ABV and higher, and will get you buzzed after just a few servings. The point is that I drank a few too many Imperial Stouts and Double IPAs, and ended up having to endure a nap of shame. 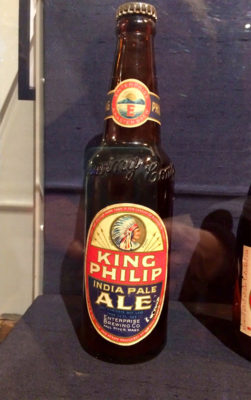 Founder’s Brewing Company was a small Grand Rapids brewery that had opened in 1997 and saw considerable success with its higher alcohol stouts and dark ales, so it was quite a surprise when they started the trend of “session IPAs” with the 2010 release of the All-Day IPA. Combining high bitterness levels and extreme hopping rates with lower alcohol percentages, “session IPAs” took the country by storm, and provided IPA drinkers with a beverage they could enjoy several of without getting kablammered.

I could have used a few session IPAs at Veganfest is what I’m trying to say.

While Belgian IPAs and session-strength dank beers are still brewed by small companies who love the style, most subcategories of IPA eventually burned out as quickly as they gained meteoric popularity. By 2015, a new style swept the country by storm, and made brewers and fans alike forget all about Brown IPAs and Cascadian Darks. The new style was hazy, juicy, and delicious. It crushed numbers in taprooms, and by 2018, only two styles appeared to dominate the IPA; West Coast, and New England.