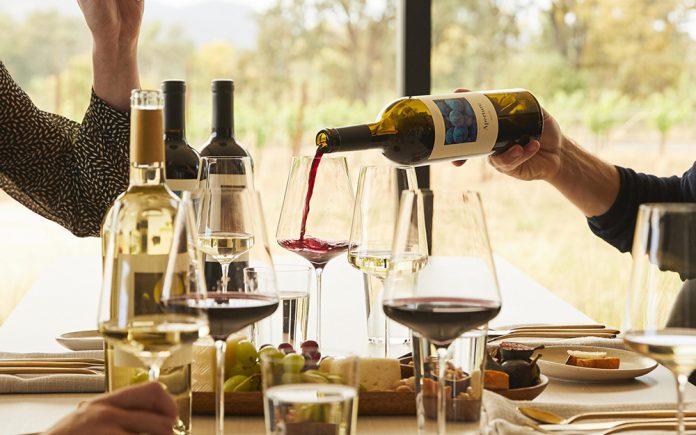 If there is anything wonderful to speak about for wine enthusiasts—pandemic notwithstanding (?!?)–is that the world of wine continues to improve with its quality. We veterans of the wine game have witnessed waves of great strides in both the artistic and production aspects of winemaking.

In the last five decades we’ve seen traditional wine making families of Europe influence the new world by sharing all of the knowledge and experience of the trade most generously, and in particular, California, we’ve watched a huge wine empire expand in the production of world class wine.

I grew up learning and tasting Bordeaux, and in the 60s and 70s, Bordeaux and Burgundy were the bar; and every wine region in the world wanted to make a wine with the same quality.

In the 80s and 90s, California was absolutely taking charge in the production of premium world class wine. Indeed, the world wanted to make a wine comparable to our California stuff! A lot of money was coming into the Cal wine business; and great professionals, in and out of the trade, were able to make great wine.

An incredibly, right before our eyes—and palates, wine just keeps getting better.

So now, please allow me to bring to your attention, yet another great California wine story: Aperture Cellars and the Aperture Estate.

As is the custom in these past pandemic months, we wine columnist have been maintaining our relationships with many winemakers through many Zoom virtual wine tastings. We’ve been given the pleasure of receiving newly released wine for sampling and doing so in real time with the winemakers, most often right in their winery facilities.

Last month, I got to meet, greet, hear, and discuss wine with Jesse Katz and taste through three of his recent vintages from Aperture Cellars. Many of you already know that Jesse was the young assistant winemaker at Screaming Eagle from 2008 to 2010. Talk about California Dreaming! Can you imagine so early in a career being accustomed to producing wines in –– vintages 2007, 2008 and 2009 –– sold to members on Screaming Eagle’s list for $850 a bottle, while the secondary market charged $2,000 to $3,000!

But that’s all quantitative stuff—much more importantly, is the qualitative aspect to Jesse’s winemaking philosophy. Early adventures to legendary vineyards gave Jesse Katz a profound respect for the creative art of viticulture. The story of Aperture Cellars began well over a decade ago, when Jesse Katz was growing up. His father—renowned photographer Andy Katz—brought him on visits to the most famous vineyards around the world, from the heart of Burgundy to the hills of Tuscany.

Aperture Cellars was founded in Sonoma in 2009 and is a collaborative project between Jesse and his fathers as a way to craft excellent wine from the unique, cool-climate vineyards found in the county’s Alexander Valley. Wanting to produce wines on par with the quality and refinement that are so integral to a Bordeaux, Jesse set roots in Healdsburg and Sonoma, believing it offers the best of both worlds: new world fruit and old world elegance.

I could go on and on with all of the accolades Jesse has amassed during the last decade of his young life, such as: In 2013, Wine Enthusiast named Jesse one of its 40 Under 40 Tastemakers; Forbes’ 30 Under 30 list; and, a Wine Spectator “Rising Star” and he continues to work with some of the most famed and celebrated winemakers around the world. And that his Devil Proof Vineyards Malbec has been declared to be, perhaps, the best California Malbec ever!

But we can talk about his wine mindset and actions by reviewing the three wines we virtually tasted with Jesse on the computer.

2018 Aperture Sauvignon Blanc ($40) Most of the time with winemaker Zoom tastings, we wait to open the wine (especially with the whites) along with the winemaker. But I had the Aperture Sauv Blanc in the fridge for a while and on one of our hot desert days, I had to open that baby up. Immediately, one could tell that this wine was world class in character.

I like the term “striking bouquet” that’s been used previously on this wine. Ready? Aromas and palate show pear, peach, apple, citrus, grapefruit, lemon, honey, flint minerals. And then there is that slight “Semillon” note. So aromatic, that’s all you need is slight—here 2%. And if you get that D’Yquem scent, it’s because Jesse brought over D’Yquem root stock.

2017 Aperture Right Bank Red Blend ($55): It’s been said that, “Jesse creates distinct, nuanced wines with Old World structure and New World fruit, lush and representative of their origin, but also original, forward-thinking, not married to any regional stereotypes.” This Red Blend exemplifies that language. A touch more Malbec than Merlot, it comes across with California deep red fruits, but after a couple of hours of aeration, it swings toward a Pomerol Right Bank Bordeaux. Please give it time to open up!

You Cal Cab fans know this area well already—and you can probably gather the wines nuances from the geography. Therefore, with adequate aeration, you will find a full-bodied, elegant wine with layers and layers of dark fruits especially blackberries, cassis, and ripe blueberries. It’s got great structured tannins with a rich and supple finish of clove, cinnamon and toasted oak.

Our space is limited here, but we hope to write on the full portfolio of Aperture wines in the future, along with an exciting discussion of the Aperture Estate—a state of the art winery, tasting room, and entertainment/leisure center. For now, please go to aperture-cellars.com and check all the sights! Cheers!