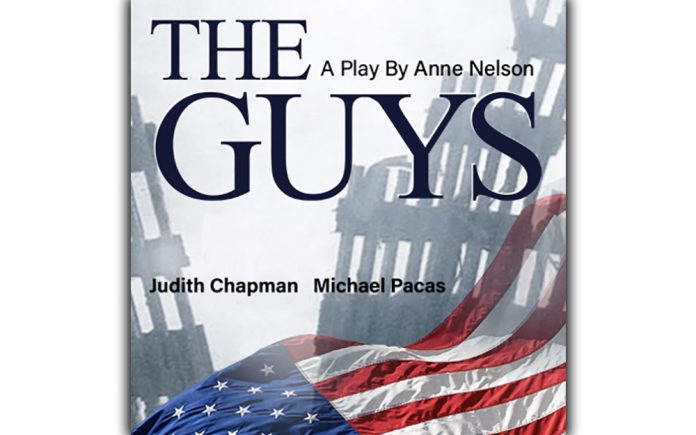 … Commemorating 9/11 at the Palm Canyon Theatre 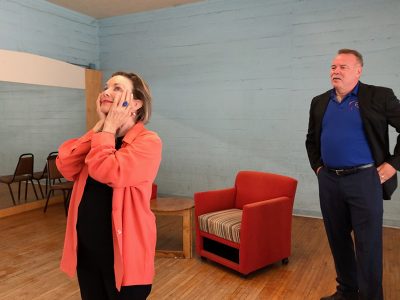 On Sept. 10, 2001, a cold front had swept along the East Coast with rain and thunderstorms, while Hurricane Erin was threatening to descend about 500 miles North of New York City.  But on Tuesday morning, September 11th, the day dawned with crystal clear skies. The temperature was a crisp 65 degrees and at 8:45 a.m. just as the city was in the process of waking up and beginning their day, an American Airlines Boeing 767 loaded with 20,000 gallons of jet fuel crashed into the north tower of the World Trade Center in New York City.  Eighteen minutes after the first plane hit, a second Boeing 767—United Airlines Flight 175— slammed into the south tower near the 60th floor.  An hour after the initial crash, a third plane, – American Airlines Flight 77- hit the west side of the Pentagon. And at 10:10 am a fourth plane -United Flight 93- crashed in a field near Shanksville, Pennsylvania.

America was under attack and 2,996 people had been killed in a single day.

To commemorate the 20th Anniversary of 9/11, Palm Canyon Theatre, will present a production of Anne Nelson’s poignant and moving play, “The Guys,” for two performances only, September 11th and 12th.

Written in just nine days, Nelson’s “The Guys,” did not follow a new play’s usual torturous path.  Within 12 days of the attack, Nelson was ghostwriting eulogies for the lost men of a local fire captain.  By December of 2001, the hit off-off-Broadway production was on stage at the Flea Theatre in NYC.   The play is a dialogue between the fire captain, Nick and the writer, Joan, who helps him find the words to express the overwhelming grief and heroism of the first responders who lost their lives under his command. 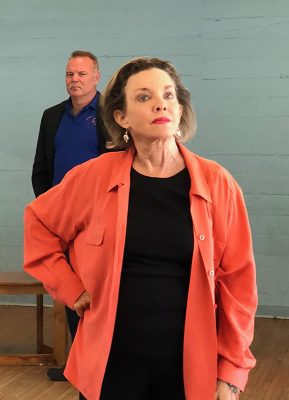 Anne Nelson, is an author and lecturer in the fields of international affairs, media and human rights. As a journalist she covered the conflicts in El Salvador and Guatemala, and won the Livingston Award for best international reporting from the Philippines. But it is her play, “The Guys,” written shortly after 9/11 and based on her personal experience, that highlights the human toll of an American tragedy.

Since 2001, The Guys has been presented in 48 US states and in the Czech Republic, Argentina, Japan, Italy and Poland. Tim Robbins and Susan Sarandon presented it at the Edinburgh Festival and in 2002 a film adaptation was made starring Anthony LaPaglia and Sigourney Weaver.

Chapman, the daughter of a retired Air Force General, stated that “Our Collective heart was broken on 9/11 and not since December 7, 1941 (The attack of Pearl Harbor,) have we known such grief.” Chapman said that when she researched for this project, she was stunned to learn that firefighters had a small chirping button in case they were buried or lost. The chirps that may have come from the rubble that day is unimaginable.  This will be her first live show since emerging from the Pandemic isolation, but believes it is a critical performance.

Picas, who has previously performed with Chapman, in Palm Canyon Theatre’s “Blyth Spirit,” indicated that it was the opportunity to work with her again, that first drew him to this project. When asked what stood out most for him with “The Guys,” he replied, “I really appreciated the elegant simplicity of the script. Two people from vastly different backgrounds coming together during one afternoon grappling with their unique and complex reactions to the tragedy. And at the same time, there is so much humanity and, yes, humor in the script. …and at the same time, they bond together and learn not only to fully appreciate those gallant men, but to recognize the greater humanity in all of us.” 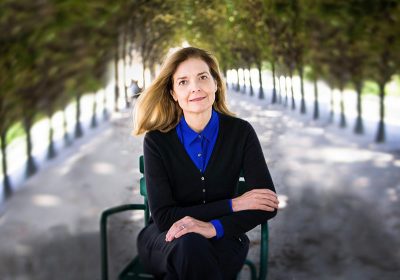 To honor all who responded to the call and those who perished on that tragic day, The Guys will run September 11 and 12. Show times are 7p.m. on Saturday and 2 p.m. on Sunday. General admission tickets are $36; seniors are $32; students are $15. All active police, firefighters and military can call the box office for complimentary admission, based on space available.

Palm Canyon Theatre, is required to abide by all city health ordinances. Due to the recent increase of the Covid-19 Delta Variant, proof of vaccination or a negative test result (within 72 hours) is required for admittance into the theatre. Face masks are required indoors.