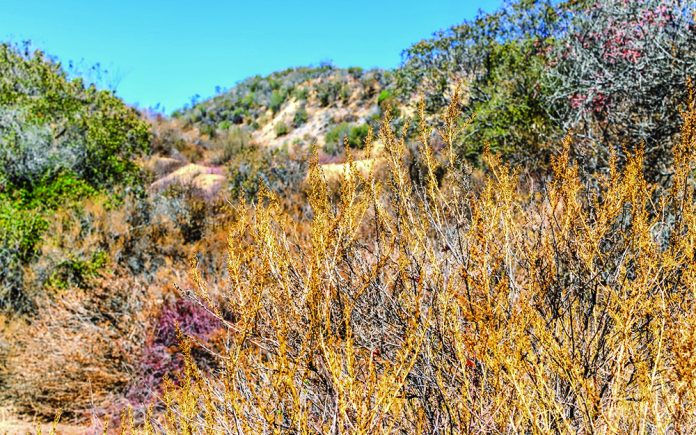 We’ve had the driest January and February for quite some time. Usually it’s our wettest months of the year. We’ve had some rain, but not much. We did experience more than normal wind events and more are expected through this week with warm temperatures promoting fuel growth and drying out vegetation faster than normal!

The National Interagency Fire Center Issued this alert for Southern California: Significant large fire potential is expected across the region during the outlook into late March, April and May.

The wild swings between extended runs of wet, cool weather and warm, dry weather continued in January as the amplified jet stream pattern over the Pacific persisted.  Precipitation, which had been well above average from roughly Thanksgiving into the winter holiday season, tapered off quickly.

The drier weather coinciding with what is normally the wettest time of the year is concerning regarding the long term curing and drying cycle of seasonal grasses and other fine fuel types.

This in evident in both the high and low deserts and inland empire areas of San Bernardino and Riverside Counties where you can see the once green hills are turning light brown prematurely than normal. Two weeks ago a 70 acre brush fire developed in Riverside. Not a good sign in February as it is our wettest month.

Therefore, we are expecting large fire potential to climb to above normal levels due to an early onset of springtime “grassfire season.”  Heavier, dead fuels may become involved by the time warmer temperatures arrive in May. Long range models also point toward a warmer than average temperature regime through May which may compound the problem.

Resource demand will likely increase rapidly across Southern California by the end of March or in April. From there, large fire potential may climb to above average across central portions of the state by the late spring or early summer months.

Hillside homeowners, now is the time to start thinking of Fire Season: https://www.readyforwildfire.org/