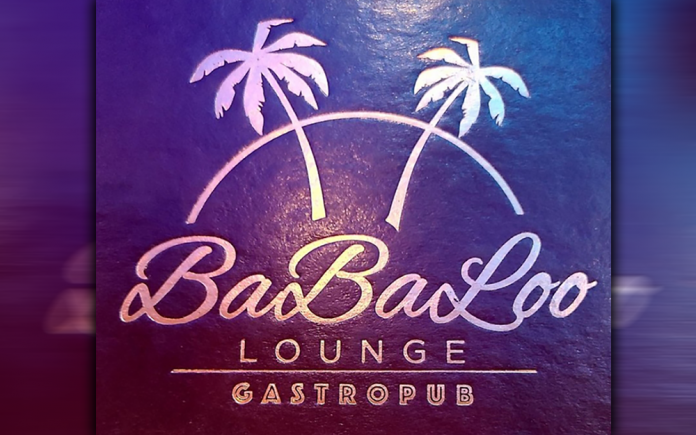 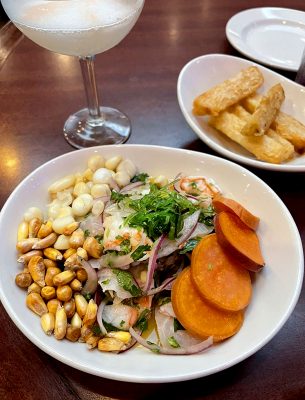 When I hear a restaurant has Cuban food on the menu, I know there is only one choice for me, the Cubano Sandwich. Layered with roasted pork, thin-sliced dill pickle, Swiss cheese, and sliced ham on a Cuban bread baguette slathered with mustard and pressed in a hot iron grill. This dish determines the authentic versus the poser Cuban restaurants. I am glad to say this sandwich was better than any I had in Miami’s Little Havana district. Succulent roasted pork shoulder flavored with garlic, oregano, cumin, and citrus juice, thin slices of smoked ham, melted Swiss pickles, and mustard in a perfectly delivered package. 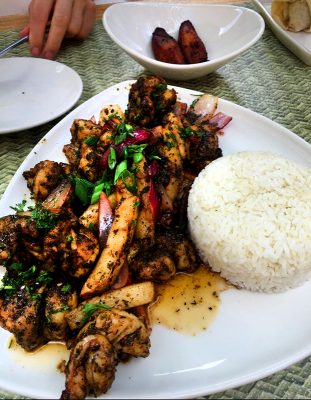 Gustavo Ungo’s (aka The Mad Cuban) roots are in Havana and his wife’s are in Peru. Both of these countries have cuisines that have been heavily influenced by immigrants. Cuban cuisine has the Caribbean, African, Garifuna, and Spanish. Peru is influenced by the Incas, Chinese, East Indian, and Japanese. Both countries are well represented in the Babaloo menu. An extensive variety of ceviche, seafood and fried rice (chaufas) from Peru, and tostones, black beans, yucca fries, chicharones, picadillo (ground beef with olives), and lechon asado (roast pork) from Cuba. Based on the taste and quality of my Cubano, I am determined to make my way through Babaloo’s extensive menu. 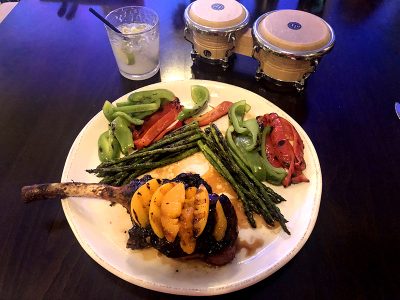 Ashley, who served me at the bar, gave me some insight on the history of Babaloo. The Palm Desert restaurant is the second venue opened by Gustavo and his Cordon Bleu trained Chef Jonathan. The grand opening was planned for 2020 just as COVID shut down every restaurant. But their vision and passion overshadowed adversity.

The restaurant is one of the largest venues in the Coachella Valley and is decorated in a Cuban theme with large leaf shaped fans and conga drums. There is live music most days with a bandstand and dance floor as well. There is a well-stocked bar and all-day happy hour. Prices are reasonable with to-go boxes inevitable given the size of portions served.