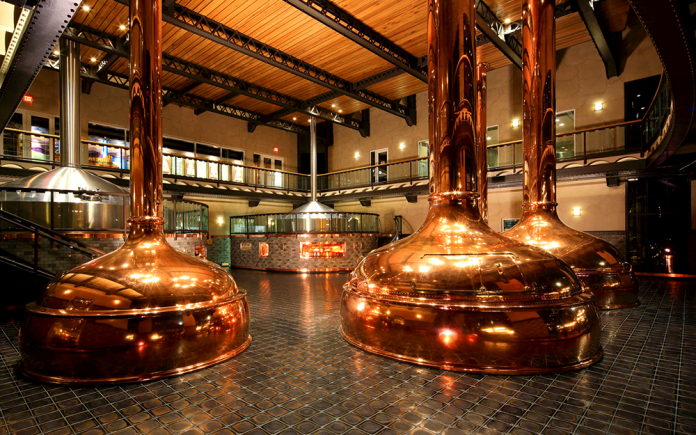 Autumn is in full force and the thermometer has gone from 100 to seventy as if it just spotted the CHP along the freeway. Such weather brings forth a myriad of seasonal beers for our tasty pleasure and 2022 is no exception. While all the cool kids are playing with milkshake stouts and lactose-infused everything, I’m going old school by highlighting two of my favorites.

Last year Anchor rebranded their entire lineup, changing from their traditional old art labels of the past to labels which they deemed, “Cleaner and easier to read”. Although the name has been changed to Anchor Christmas Ale, the iconic label art remains the same. Each year features a festive red and green hand-drawn label with a different Christmas tree and year 48 is finally upon us.

This year, Brewmaster Tom Riley has created a real gem with notes of orange, honeysuckle, toasted malts and eucalyptus. With the addition of nicely structured botanicals and more than a pinch of rye you have a recipe worthy of the Anchor name and tradition. This year’s version clocks in with a moderate 7.2% alcohol by volume which should allow for it to develop in the bottle for several years to come. 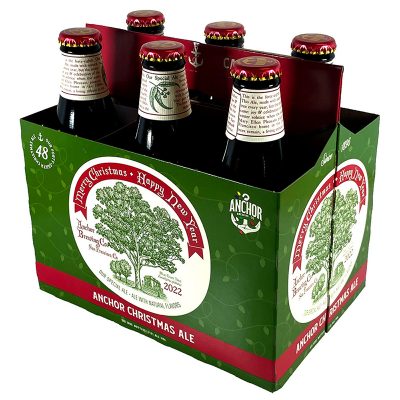 Re-branding is the buzzword in beer and Celebration IPA (its new name) replaces the Celebration Ale moniker after 40 years. This year, Sierra Nevada has treated us not only to the new name, but officially bills this version as a fresh hop IPA. Each year, the brewery visits the Pacific Northwest to hand-select the best Cascade and Centennial hops at harvest time…and then the clock is ticking. The newly picked hops are raced back to the Mother Ship in Chico to make Celebration IPA. Speed is of the essence and the brew is readied as the hops arrive in an effort to capture their citrus, floral, and pine notes at their absolute peak of flavor and freshness.

Entry is charged with spritzy carbonation and an upfront sweetness that is both agreeable and pleasurable. As the beer moves across the palate, the body is full but not thick and brings notes of toffee and caramel; much like any great holiday dessert might. But the finish stands out as the star of the show. Cascade hops flood my mind with memories of walking through a pine forest just after a fall rainstorm. This is quickly followed by the Centennial’s which bring a balanced flavor of raw grapefruit eaten within a floral shop. This year’s version arrives at 6.8% alcohol and drinks like its much, much lower. 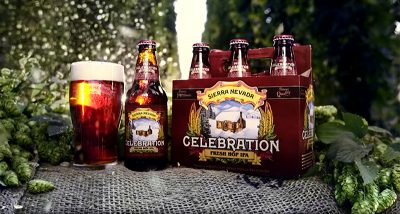 Both Celebration IPA and Anchor Christmas Ale should be available at fine craft beer retailers such as Total Wine & More, BevMo, and Gelson’s well into December, but don’t hesitate as they will both be gobbled up by those who know that these beers are just what the holiday tradition is all about.