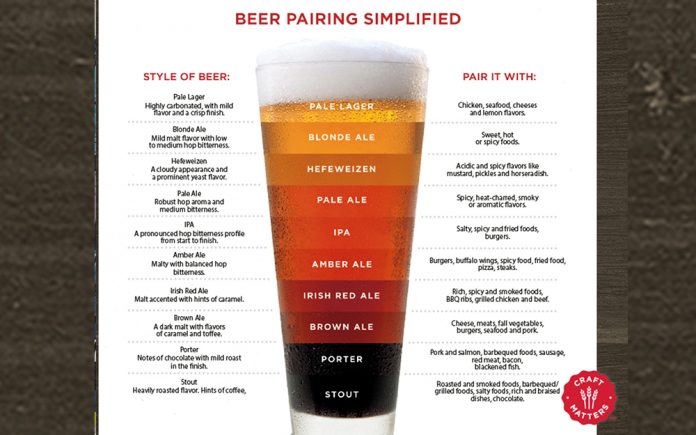 It was a watershed moment in my young life, and if I recall it correctly, I had just cut my first upper teeth about a month before. My Mother placed a paper plate on my high chair tray with two pieces of white bread seemingly glued together. It seems we both were giddy with anticipation.

As it turns out, the bread was glued together…with creamy peanut butter and Smucker’s Strawberry Preserves. The crust had been lovingly removed with a paring knife, forming the bread slices into a nearly perfect square. I swear that the angels were singing as I took that first bite; my mouth was bathed in sticky peanut butter perfectly contrasted by sweet, juicy strawberries. It was my very first food combination and I don’t even have to tell you how great that glass of ice-cold milk went with the sandwich.

Food, like music, has the ability to evoke very powerful memories from the past. Since the sense of taste and smell are conjoined, our experiences with both form very powerful triggers acting as gatekeepers to memories of our formidable years. I urge people to recall those flavors and scents that were part of growing up and to utilize them when describing the flavors in modern day brews. For example, many Belgian beers will have more than a hint of bubble gum while Bavarian Hefeweizens carry strong banana and clove overtones.

There will always be a place for an ice-cold beer next to a hot dog at a baseball game, while mowing the lawn, or cooking over the grill in the back yard. These are situational pairings which go back generations and there will always be a place for such traditions. While the type of beer in these scenarios is generally a lager from a mega brewer, this new age of beer can serve to heighten the moment. Replace the ULTRA at the baseball game with a hand-crafted pilsner from a respected brewer and suddenly the hot dog tastes better. Crack open an Anchor Steam with that barbeque and the ribs, along with the corn on the cob enter another dimension of taste.

Beer, quite literally, is liquid bread. As a matter of fact, it was a major form of nutrition even as late as 200 years ago. If you pair a nice hunk of aged cheddar with a German Rauchbier (translation: Smoke Beer), you would swear that you were eating a ham and cheese sandwich. In fact, in many food and beer pairings, the beer may act as a replacement for bread.

The actual act of pairing beer with food need not be intimidating, in fact it should be exciting. Beer and food go together like copy & paste or Adam & Eve. There are virtually no rules to memorize and only a couple of guiding principles you need to know. Once you’ve refined your tasting skills (see my last column), it’s time to experiment.

Guiding Principle #1: Drink what you like. If you are not a fan of Old Ale or Barleywine, all the Bleu Cheese crumbles in the world aren’t going to make it palatable for you. Start with beers you are most familiar with and then begin to branch outward. It also makes sense to begin with foods you enjoy as well.

Guiding Principle #2: Match the intensities of the beer with the food. Should your first course include a Strawberry Salad, pairing with a nice pilsner or even a Saison will work quite nicely because they both resonate with a low intensity. Pair that Salad with a Russian Imperial Stout and suddenly all the subtle flavors of the greens and fruit disappear as the beer runs roughshod over the dish.

Guiding Principle #3: The food is the star of the show; the beer is merely a supporting cast member…an accoutrement. The food is the lady and the beer a gentleman, and in polite society, one always introduces the lady first. Thus, you want the food to hit your palate prior to introducing beer into the equation.

There it is! Simply put, drink and eat what you like, match the intensity of the food and the beer, and always chew before you drink.

In the over 200 beer dinners which I have hosted, I do have one favorite pairing I’d like to tell you about. I worked with the Chef and manager at Rock & Brews in Buena Park and hit them with the crazy idea of not only pairing food and beer, but because of their extensive library of music videos, I wanted to pair food & beer directly with sight & sound in an attempt to engage all of the senses. The first three courses went well, and then it was on to the finale,

Dessert was a beautiful banana split covered in whipped cream, warm drizzled chocolate, and the traditional maraschino cherry. Guests were instructed to eat only banana on the first bite and to thoroughly coat their palate. The beer pairing was Karl Strauss’ Peanut Butter Porter and we all took a sip simultaneously…and at that exact moment the DJ hit the magic button and Elvis appeared on the monitors in all of his glory singing Love Me Tender. The smiles and laughter brought joy to my heart as I watched over 40 people get the connection and they were still buzzing about the quadruple pairing as they headed to the exits later that evening. 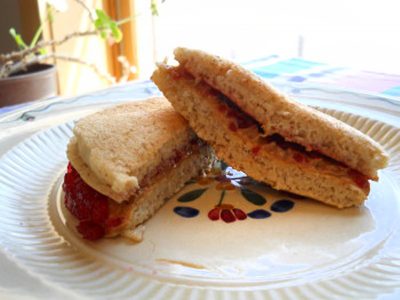 As we wrap things up this week, I will leave you with one word of caution. Not every pairing will be a home run. Remember my Mom? The woman who so lovingly cut the crust off my first peanut butter & jelly sammy? Fast forward eight years and as I was running out the door to catch the school bus, she stopped me in the dining room to insist that I finish my Orange Juice from breakfast. She made this demand with full knowledge that I had just brushed my teeth, and the look on my face when the OJ hit toothpaste must’ve been quite a sight. 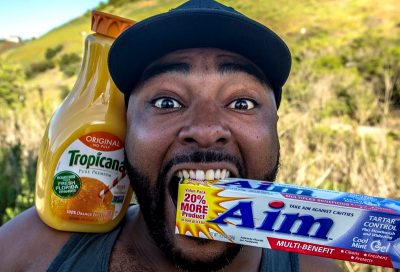 The good news is this my gentle readers. For every OJ and toothpaste you experience while pairing beer and food, you will have hundreds, if not thousands of Elvis’ Peanut Butter and Banana Sandwiches. Be bold and have fun!

(When Ed Heethuis isn’t brewing at Spotlight 29 Casino for 29 Brews, you will find the Certified Cicerone® / Brewmaster out on his road bike, racing his prized ferrets or talking beer with the patrons at Taproom 29. He may be reached at: heethuis.ed@gmail.com or wherever beer may be found in the wild.)