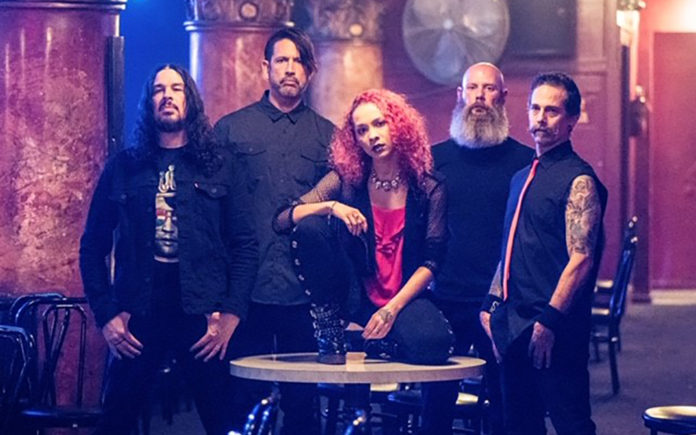 Arty Love does it again! Arthur Seay continues to blow my mind in bringing upper echelon metal acts to the desert. My guess is he doesn’t have to convince any band and that his reputation and word stand alone. This Saturday March 23rd, Seay brings Dress the Dead, featuring former original Forbidden guitarist Craig Locicero, and War Cloud along with Seay’s high-powered trio House of Broken Promises to the World Famous Palm Canyon Roadhouse in Palm Springs for a 21+ FREE SHOW! Here’s the lowdown on each band.

When Craig Locicero saw vocalist Kayla Dixon perform in San Francisco, he knew she had a promising future as a frontwoman. What he didn’t know then was that their musical paths would interweave not far down the road in his new band Dress The Dead.

Locicero originally formed DtD with The Haunted vocalist Peter Dolving in 2017. When Dolving left the group, the band struggled to find the right vocalist. While going through vocalist tryouts, Locicero received a text from Dixon, nearly a year from the day he saw her perform.

“It was 363 days exactly,” Locicero says, laughing. “Losing Peter was a complete shock to us because he was into it. Some of the people we tried out were good but didn’t have what we were looking for. Just not the right fit. All of a sudden I get a text from Kayla. She’d been checking us out for months and was already a fan of the music.”

A couple of days after that now legendary text message, Dixon sent Locicero a new version of the DtD song “1969” with her vocals. He was floored. “It was like it was made for her. She seamlessly fit into the music. We haven’t needed to readjust. What having her in the band allows me to do is to take the top off of this and write anything I feel like writing, knowing that she can do it. If there was a governor on this before there isn’t anymore.”

Together, the pair – along with their DtD bandmates, have created metal that is anthemic and soulful, as well as accessible. The early track “1969” – which has already notched 150k YouTube views as of this writing, has multiple twists and turns. Dixon’s voice is front and center as it should be but the music allows it the space and dynamics it needs to breathe, from the driving riff that opens the song to the unanticipated ambient interlude two minutes in. “There Goes The Sun” is bluesy and soulful and showcases Dixon’s fierce death growl as well as her dynamic upper register. One of the defining characteristics of all of the DtD music is the willingness to let songs unravel and build around a voice that adds depth and resonance to everything it touches.
BUILDING DRESS THE DEAD

Locicero’s pedigree is well established: guitarist for Forbidden, one of the pioneering bands in the Bay Area thrash metal movement, and most recently guitarist for SpiralArms. But Locicero longed to do something that wasn’t tied to any genre and when he began to put the pieces of DtD together.

Many of those pieces came from Locicero’s musical past. The first piece was drums: in recent years, Locicero had rekindled his relationship with one time Forbidden drummer Mark Hernandez, who played with the band from 2008-2011. The early chemistry was still there and Hernandez had the right feel for the music. Next was bass: James Walker and Locicero played together in the short-lived Manmade God project, which was signed to American Recordings in the early 00s. A second guitarist was needed to round it out: Dan Delay of the post-rock band Drawing Heaven had the versatile chops that expanded the band’s accessible but experimental sound.

Collectively, those pieces allowed the band to upend expectations. “From the first day I started this I wanted something that would be unafraid to mix in any influences I had and not worry at all about chasing something or trying to fit in,” he says. “I just want to play music. We have enough influences from all angles, so we don’t need to call it anything. I figure other people will do that for us. I have freedom with this and that is our main objective – write great songs and don’t worry what you call them.”
ENTER KAYLA DIXON

Dixon has a pedigree that, at first, seems more appropriate for a professional theatre career than a frontwoman of a metal band. She was exposed to artists like Marilyn Manson and Tool from her half-sisters when growing up in suburban Maryland. When her sisters moved out of the house, Dixon moved on to other pursuits like musical theatre. Dixon eventually auditioned for and enrolled in the prestigious Duke Ellington School Of The Arts in Washington, D.C.

Dixon started working professionally in her junior year and finished high school via home study. She then decided to immerse herself in theatre and was soon working professionally. During her freshman year in college she fronted a death metal band. Just as she mulled moving back to the East Coast to pursue more theatre work she heard the doom band Witch Mountain was looking for a new vocalist. She nailed the audition and moved to Portland.

Recently relocated to the West Coast, Dixon was recommended to Locicero through a mutual friend. She initially worried that she was so different from Dolving she might face backlash from fans who wanted a certain thing. “In my mind, I thought I was going to be trolled, and I didn’t know if I was ready I face that,” she says. “But surprisingly there has only been positivity from the first song.”

“I want to be continually creating,” Dixon adds. “When I heard “1969” I thought it was great. When Craig sent me the other songs like “Promises & Kisses” I was really in. I wanted it to be in a band that was heavy emotionally and sonically.”

One of the interesting components of the band is the musical experience gap: Dixon is 23, whereas Locicero and the rest of the band (check) have been in signed recording projects for some time. Locicero calls Dixon an “old soul” and the vocalist says there hasn’t been any issue. “It’s been easy, because I feel like my whole life I’ve been the kind of person who gets along with people who are older,” she says. “I don’t know if that’s because I didn’t have a lot of friends growing up. Whatever it is I find it easy to gravitate to mature people.”
AN EMOTIONAL JOURNEY

DtD is still looking for the right label and plans to release their debut album in 2019. “My main thing is to build an excellent foundation of music and know that everyone is right for the project,” Locicero says. “People are volunteering to shop us already which is great to hear, but nothing is happening – yet.”

Dixon says she hopes that the music that DtD will release in the near future will help people process and face difficulties and let people know they are not alone in their struggles.

“It’s going to be an emotional journey,” she says. “People need to be open to letting this music take them to a very emotional place. I hope that the music that we release can spark a vulnerability within people. I think this world and this country in particular is very hard. At a very early age, we beat the emotions out of kids. We teach boys not to cry, and it’s toxic and creates difficult lives for them. Overall, I hope that our music can soften people and bring them into their real power which is their vulnerability.”
Bio by Justin M. Norton 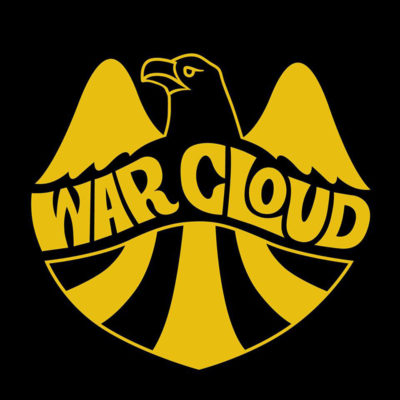 War Cloud is Alex Wein (vocals/guitar), Jesse Serrano (guitar), Joaquin Ridgell (drums) and Taylor Roach (bass). Originally detonated out of Oakland, War Cloud have been steadily shredding Northern Californian ear drums since their formation in 2014. They shared their status with CV Weekly, “We are currently on tour. Our Palm Springs show will wrap up our Southwest Striker Tour. We recently played an official showcase at SXSW and have our second full-length album coming out this September 2019 on Ripple Music. The title of our second album is State Of Shock and its release will coincide with our first European tour.”

Arthur Seay (guitar), Mike Cancino (drums) and Joe Mora (vocals/bass) continue to knuckle down with their brand of desert rock and metal performing throughout Southern California and beyond. Their gut-busting “HOBP TV” video shorts have received large responses because of their unscripted and hilarious content, reviewing classic albums and promoting their shows. Catch the comical videos on Facebook, Instagram and their YouTube channel.