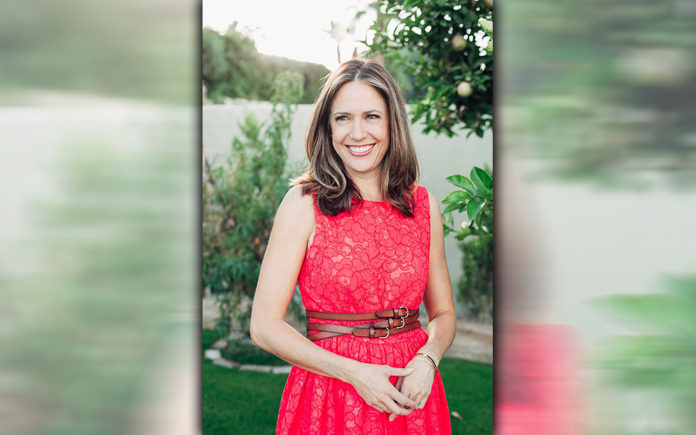 Brooke Beare has been a familiar face on the television screen delivering news across the Coachella Valley for over 15 years. The KESQ anchor has now been appointed as the City of Indio’s new Director of Communications & Marketing. With this new position adding to her legacy in Greater Palm Springs, Beare disclosed more about her upbringing and her change in careers with CV Weekly.

Beare was originally born in Florida, but grew up in San Diego, where she attended Torrey Pines High School. Throughout her high school years, she was involved in theater and was also an editor of her school newspaper, the Falconer.

During her time as editor, Beare learned how to put together a monthly newspaper, write articles, lay out the pages, and shoot photos. Some of her favorite experiences in high school came from the conventions the newspaper staff attended, competing against other newspapers around the country—even taking home top honors in her junior year.

“When it came time to apply for college, my mother suggested broadcast journalism.  We didn’t have a television program in high school, but my best friend and I had put together a segment on our own, and still won our category. My parents and I scouted out the best journalism programs in California, and I was lucky enough to earn a partial scholarship to USC, where I was accepted into the Annenberg School from the start,” said Beare.

After receiving a degree in Broadcast Journalism and a minor in Cinema, Critical Studies from the University of Southern California, Beare later got a position anchoring the morning news for the NBC station in Tyler, Texas. She applied to the brand new CBS affiliate in the Coachella Valley, and got the job in 2003.

“My second day at work, we hit 117 degrees and my high heels sunk into the asphalt.  I wondered where I had moved!” recalled Beare.

As a journalist, Beare got the opportunity to hear incredible stories, and get close to situations that most people only view from a distance. She got to watch in person when President Barack Obama visited the Coachella Valley on Valentine’s Day, 2014, from the tarmac when he exited Air Force One. When First Lady Betty Ford passed away, Beare was stationed outside of St. Margaret’s Episcopal Church as streams of people were bused into the sanctuary.  She got to interview former Senator Barbara Boxer at a location in Sunnylands that is off-limits to the general public. Before the legalization of recreational pot in California, Beare also went up in a helicopter with the state’s marijuana eradication team, as they located huge illegal marijuana grows within eyeshot of the casino in Cabazon.

“Interviewing Robert Ballard was [a career highlight for me].  He’s the scientist that discovered the remains of the Titanic in 1985 and he still speaks about it with wonder and reverence, using his experience to advocate against ‘treasure hunting’ shipwrecks. Another highlight was earning my first Emmy award in June. It’s a fitting way to close out this chapter of my career,” said Beare.

With a love for the City of Indio, Beare has served the community as a journalist and hopes to continue serving the community in a more concrete way as the Director of Communications & Marketing. Working with City Manager Mark Scott and the staff in Indio has also been very appealing.

“Mark worked for many years as City Manager in Beverly Hills, and also helped San Bernardino emerge from bankruptcy.  He truly enjoys a challenge and has worked with his staff and the city council to create an incredible plan for Indio, which I am truly honored and excited to help implement. When I start at the end of the month, I plan to meet with everyone I can from the city to see what our most immediate needs are and help find stories internally to share with our community,” stated Beare.

Beare sees similarities with her new position and her background in journalism, being that she is still communicating a story or a vision to people.  In her new role, she will be more directly working with individuals, organizations, and businesses to realize the goals and plans of the city of Indio. Although people may not see her every evening on the news, Beare insists that she will be working just as hard behind the scenes, and viewers may even see her out and about in the community more often.

“I’m looking forward to taking an emotional breather with my new role, focusing on my family outside of work, and knowing that I’ll be there for them on holidays and after school—working more traditional hours. Both my husband and I have demanding careers, and we have realized that if one of us is busy in our jobs, that means the other person is also busy,” said Beare. 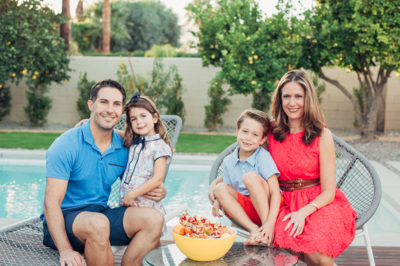 Beare’s husband is a sergeant with the Palm Springs Police Department. They have an eight-year-old son and a six-year-old daughter. Beare values the friends she has made over the years in the Coachella Valley, and notes that the desert may be small, but there are a lot of hidden gems.

“I have lived in the Valley longer than any other place in my life. Every street and every corner holds special memories for me. When I go to Desert Regional, I remember giving birth to both of my children. When I am in Indio, I remember buying my first house, and getting my marriage license. A certain street in Bermuda Dunes reminds me of watching holiday lights with my children. I have become such a part of the community that I could not imagine living any other place,” explained Beare.