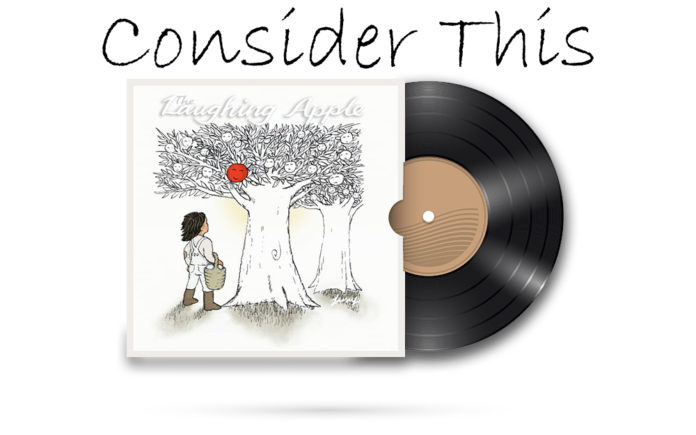 Chances are if you hear the name Cat Stevens, you have warm musical memories of Folky, slightly spiritual songs performed by a beardy-but-handsome British guy. Conversely, if you hear the name Yusuf Islam, you might conjure up images of a religious radical intent on abolishing your American freedoms. Guess what, same guy.

Steven Demetre Georgiou was born in London in 1948. His father, Stavros was a Greek Cypriot, his mother, Ingrid, was Swedish. Along with older siblings Anita and David, the family operated a restaurant close to the Soho district, and they all lived above the business. Steven was an artistic kid, and considered making his living as a cartoonist. He was 15 when the Beatles’ music exploded in Great Britain.

Rather quickly, London became the epicenter for Rock N’ Roll. Mostly self-taught on piano and guitar, Steven began to pursue a music career. Realizing a lengthy, slightly un-pronounceable Greek name might hinder his chances, he initially began performing as Steve Adams. Playing coffee houses and Folk venues, he soaked up influences like Bob Dylan, Leadbelly and Nina Simone. Soon he was writing his own songs. By 1966, he changed his name again to Cat Stevens, acquired a manager and signed a contract with Deram, a subsidiary of Decca Records.

His debut, Matthew And Son arrived in early 1967, four singles, including “Here Comes My Baby,” (which had already been a hit for the Tremeloes), reached the Top 10. Less than a year later he released New Masters, which featured the minor hit, “The First Cut Is The Deepest.” A decade later, Rod Stewart took “The First Cut…” to #1 in 1977, even Sheryl Crow returned it to the top of the charts 15 years later. Cat had achieved minor celebrity as a teen idol when he contracted tuberculosis. Months of recuperation gave him time to question his slightly decadent, swinging ‘60s lifestyle.

In 1970, Cat emerged with a beard and a more spiritual outlook. Newly signed to A&M, he released Mona Bone Jakon, a collection of heartfelt songs that showcased his husky vocals and deft acoustic guitar skills. It marked his first collaboration with producer, (and former Yardbirds member), Paul Samwell-Smith and guitarist Alun Davis. It was a rich association that would continue for decades.

The album was a modest success, opening the door for the massive triumph of his fourth full-length, Tea For The Tillerman. Released just seven months after “Mona…” it featured Cat’s artwork on the cover and proved to be a world-wide sensation. In America, it hit #8 on the Billboard charts. Songs like “Wild World,” “Where Do The Children Play” and “On The Road To Find Out” became massive hits.

1971’s Teaser And The Firecat was even better. Songs like “Peace Train” and “Moonshadow” cemented his reputation as a thoughtful, and gently spiritual singer-songwriter. He managed to display some Hellenic pride on the record. The song “Rubylove” featured traditional bouzoukis and a few verses sung in Greek.

Cat rode out the rest of the ‘70s at the top of the charts. A staple on AM and FM radio, his swarthy-but-unthreatening good looks had teen girls swooning. Several of his songs were used to great effect in the cult comedy film “Harold And Maude.”

Hit albums followed in swift succession; Catch Bull At Four, Foreigner, Buddha And The Chocolate Box, Numbers, Izitso and Back To Earth had cryptic titles but included surefire hits like “Sitting,” “The Hurt” “Oh Very Young” and “(Remember The Days Of The) Old School Yard.”

But fame and wealth proved inadequate. In the midst of nearly drowning off the coast of Malibu, he shouted out “Oh, God if you save me I will work for you!” A wave swept him to shore and safety. The experience prompted Cat to re-evaluate his priorities yet again. He embarked on a spiritual quest, delving into Buddhism, Judaism, I Ching, numerology and astrology. His brother David had converted to Judaism, and following a trip to Jerusalem gave him a Qur’an.

Taken by its teachings, studying the Arabic scriptures led him to embrace Islam and he fully converted in 1978. A year later he entered an arranged marriage and auctioned his guitars off for charity. Officially changing his name from Cat Stevens to Yusuf Islam, he quit playing secular music and dedicated his life to Allah. Then he basically disappeared.

Yusuf maintained a low profile throughout the ‘80s, he and his wife became parents to one son and four daughters. He founded Islamic Primary and Secondary Schools in London, and chaired the Small Kindness charity which assisted famine victims and orphans.

In 1989 controversy erupted when he seemed to support the Fatwa that the Ayatollah of Iran had levied against novelist Salman Rushdie. Some radio stations briefly boycotted his music and the band 10,000 Maniacs went so far to remove their cover of “Peace Train” from future pressings of their 1988 record In My Tribe. (Conveniently forgetting that cover was the first song that got them mainstream radio airplay to begin with). In the ensuing years he has insisted his comments were taken out of context.

In 2001, after the 9/11 attack he released a statement condemning the attack, expressing his heartfelt horror and denouncing terrorism. A few weeks later he appeared at the televised Concert For New York event, singing an acapella version of “Peace Train.” It was his first public performance in over 20 years. Troubled by the backlash and prejudice that law abiding Muslims had begun to experience, he joined the Forum Against Islamophobia And Racism.

Three years later, he was flying from London to Washington to meet with Dolly Parton, who had recently recorded a version of “Peace Train.” Somehow his name appeared on a “No Fly List” from Customs. The plane was diverted to Bangor, Maine and he was detained by the TSA and Homeland Security. It took a couple of years to unravel bureaucratic red-tape, but it turned out a Yusseff (not Yusuf) Islam had donated to Hamas and was suspected of terrorism activities.

Slowly, he began dipping his toes back into the murky waters of Rock N’ Roll. He performed at high profile charity events like Nelson Mandela’s 46664 concert and collaborated with people like Paul McCartney, David Bowie and Dolly Parton. Finally, in 2006 he recorded An Other Cup, his first record of secular music in over 30 years. In a nice bit of serendipity, the album reunited him with guitarist Alun Davies.

Featuring a telling cover of the Animals’ British Invasion hit, “Don’t Let Me Be Misunderstood,” the album received positive reviews, entered the Billboard 200 at #52 and peaked at #8 on the British charts. It was ultimately certified Platinum. In 2009 he was back with his roadsinger album. Self-produced, the

record included “Every Time I Dream,” a song inspired by the criticism he received during the Salman Rushdie controversy.

2014 saw the release of Tell “Em I’m Gone. Teaming with superstar producer Rick Rubin, the record paid homage to the British Invasion and American R&B that originally inspired his musical path. The album was evenly split between new originals and favorite cover songs, and he followed the release with a short American tour, his first since 1976.

Now, 50 years after his debut record he has returned with his 15th secular album, The Laughing Apple. Not only does the album reunite him with producer Paul Sammwell-Smith and guitarist Alun Davies, but it revisits a few songs that first appeared in 1967. Pulsating keys dance through the speakers on the opener, “Blackness Of The Night.” The jaunty instrumentation and arrangement of the of the original has been supplanted by bare-bones acoustic guitar and Hammond B3 shadings that echo Bach, Procol Harum and a bit of Percy Sledge.

The title track and “Northern Wind (Death Of Billy The Kid),” were both featured on his second album New Masters. Back then the former split the difference between Greek Laiko, Baroque Pop and Spy caper theme music. Here, the tempo is slowed to a Modal waltz, accented by traditional instruments like oud and shanai, plus fluttery orchestration and a choir. Yusuf, (who’s tenor voice remains remarkably unchanged), spins a whimsical tale of a magic apple tree.

The latter swaps out “Home On The Range” harmonica and a martial fife and drum cadence for a more measured outlaw tale, accented by acoustic guitar, swooping strings. Yusuf’s mien feels haunted and portentous as he warns the errant gunslinger there is trouble ahead; “There’s a Northern wind blowing up a Southern change.”

Ever since “Peace Train,” Yusuf has worn his pacifist beliefs on his sleeve, that advocacy remains unchanged. “Mighty Peace” is powered by sun-dappled acoustic guitar, sparkly synths and plinky piano. Here the lyrics yearn for simpler times; “How I’d love to be a child, with friends spread all around me playing games and running wild.”

“Don’t Blame Them” starts as a quiescent lullaby that champions tolerance by focusing on our similarities instead of our differences. The lyrics connect Biblical parables to Qur’an revelations as he cautions “Understand the one you hate, anger will abate, love will moderate.” As the song gathers speed it shapeshifts from a slightly Prog Rock-y Beethoven-esque serenade, to a handclap-y sing-a-long.

The best tracks here include the winsome “See What Love Did To Me,” “Grandsons” and “You Can Do Whatever.” “See What…” blends chiming guitars, swirly keys, spiraling African woodwinds and a propulsive rhythm. The melody feels slightly cannibalized from his classic “Harold And Maude” cuts “If You Want To Sing Out, Sing Out,” and a more rapid-fire “On The Road To Find Out.” The lyrics offer genuine genuflection to a higher power; “I was a blindfolded bumble bee and now I see what God did for me, he made me see life flowery.”

“Grandsons” eschews the angst and anger displayed on Cat’s “Father And Son,” locking into a sweet, Folk-flavored encomium to the younger generation. Meanwhile, “You Can Do…” is a stompy sing-a-long that is fueled by filigreed fret-work, lapping percussion and a rippling tambourine shake. Sunshiny homilies like “you can treat the world like a piece of dust or a pot of gold” are treacly, but effective.

Other interesting tracks include the gentle spiritual “Olive Hill” and the guileless “Mary And The Little Lamb, which drafts off the old nursery rhyme. The album closes with the gently soporific “I’m Sleepy.”

As with An Other Cup and roadsinger, this new record offers pleasant, Folk-ified melodies and amiable life lessons. Laughing Apple is almost interchangeable with his vintage ‘70s music. Whether he’s known as Steven Gergiou, Cat Stevens or Yusuf Islam, his talent transcends religious affiliations and endures.