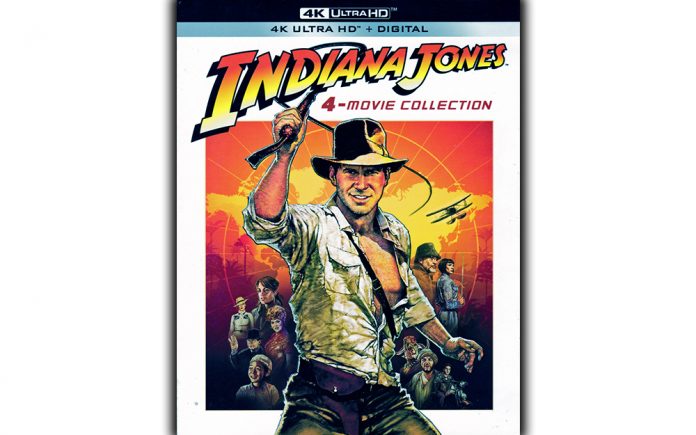 With a 5th “Indiana Jones” adventure in the works, now’s the perfect time to revisit the previous iterations of this iconic explorer of treasures and mysteries. 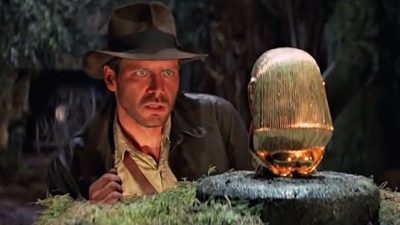 For the first time, all four previous “Indian Jones” movies from Lucasfilm Ltd. and paramount Home Entertainment are now available on 4K Ultra HD With Dolby Vision and HDR-10 for incredibly vivid picture quality and state-of-the-art Dolby Atmos audio.  These films now look as good – if not better – than when they were first screened in theaters.

The cinematic classic that started it all – Raiders of the Lost Ark (and gave rise to countless imitators) first introduced audiences to the man with the hat and bullwhip on June 12, 1981.  (Has it really been that long?) Do you remember where you were when you to first saw this still terrific movie?

Forty years on, the legendary hero continues to capture a new generation of fans.

All four films in this greatly anticipated home theater set were remixed at Skywalker Sound under the supervision of acclaimed sound designer Ben Burtt.  All original sound elements were used to better achieve the fully immersive Dolby Atmos mixes while staying true to each film’s original creative intent.

Fascinating and generous bonus material for all films further examines the movies in numerous “behind the scenes” and “making of” featurettes.  A separate Blu-ray disc is included with the previously released bonus material.

Especially welcome is “On Set with Raiders of the Lost Ark” and the featurettes ‘From Jungle to Desert’ and ‘From Adventure to Legend.”

When George Lucas and Steven Spielberg met on vacation in Maui soon after the initial success of George’s “Star Wars,” they talked about whet they wanted to do next.  Steven said he wanted to make a James Bond movie.  George said he had something even better and proceeded to tell his old friend about the Nazi’s collecting occult objects to empower their cause (they really did this).  And what if one American adventurer, an archaeologist/treasure hunter was the only thing to stand in their way!  And thus Indiana Jones was born and pop culture had a new hero.

Many movie buffs suggest there may have been another inspiration for Indiana Jones, and that was Charlton Heston’s portrayal of Treasure Hunter/archaeologist Harry Steele in 1954’s “Secret of the Incas.”

The poster has Steele carrying a golden treasure while dressed (or costumed) strikingly like Indiana Jones including a fedora style hat and bomber type jacket.  No doubt both Lucas and Spielberg new of this film and Heston’s character’s search for a Sunburst looted and reburied when the Conquistadors invaded Peru.  4K UHD Paramount/Lucasfilm Ltd.