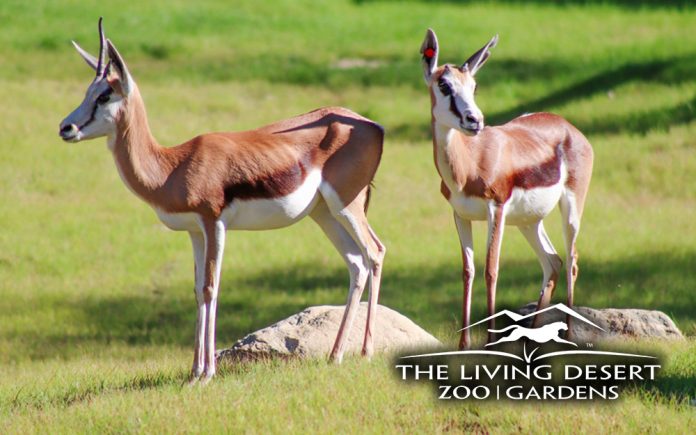 The Living Desert Zoo and Gardens will officially open its new four-acre Rhino Savanna with a ribbon cutting ceremony this Friday, November 12, at 10 a.m. 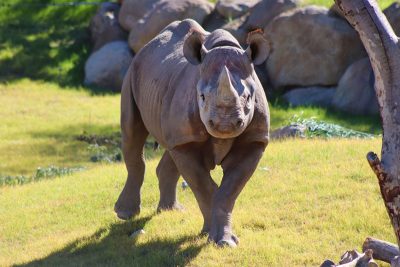 Located just inside the Zoo’s main entrance, the sprawling multi-species and state-of-the-art habitat is home to 12 African species. Among those include the Zoo’s largest animals, two black rhinos, Nia (pronounced Ny-a) and Jaali (pronounced Jolly). Expansive look-out points and picturesque views await guests at Rhino Savanna where they also will encounter waterbuck, springbok, two species of pelicans and a variety of other birds, plus fascinating subterranean animals such as the naked mole-rat, among others.

“We are excited to officially welcome guests to the new Rhino Savanna. This expansion means so much to so many, and we look forward to celebrating this gift with the Coachella Valley,” said Allen Monroe, President/CEO of The Living Desert. “This new habitat reflects the successful collaboration of countless entities, including our donors, staff, board members, the Association of Zoo and Aquariums, contractors, and many others. This opening also signifies a deep commitment to The Living Desert’s conservation initiatives to protect black rhinos in their native range.”

Thoughtful design, inspiring encounters, a deep commitment to conservation, and excellence in animal care are the cornerstones of this new $17 million expansion. Upon entering Rhino Savanna, guests will be transported into their own African safari, creating connections and fostering an appreciation for Africa’s wildlife.

“Through years of planning and construction, the new Rhino Savanna is a cutting-edge space focused on animal wellbeing and choice,” said RoxAnna Breitigan, Director of Animal Care. “I am so proud of the team for all of their hard work and efforts in making this space possible, as well as their ongoing commitment to the animals in our care. I am excited for our community to experience this new space and learn more about these fascinating animals.” 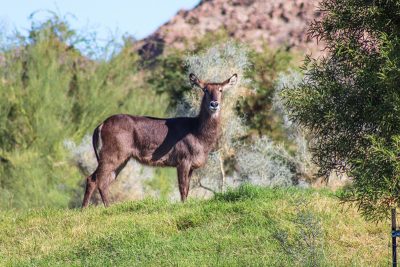 The Living Desert participates in several conservation initiatives that support black rhinos in Eastern and Southern Africa. Currently listed as Critically Endangered by the IUCN (International Union for Conservation of Nature), black rhino numbers are staggeringly low – there are just 5,600 individuals in Africa. Black rhinos’ main threats are humans, and in particular, the rampant poaching of their horns for ill-perceived medicinal cures.

At maturity, three-year-old Nia, and Jaali, who turns two on Christmas Eve, will weigh approximately 3,000 pounds and stand about 5.5 feet tall at their shoulders. They were matched as a breeding pair through the Species Survival Plan (SSP). Because black rhinos are solitary species, except for breeding and rearing young, Jaali and Nia will each have distinct spaces throughout the Rhino Savanna habitat.

The Living Desert is open daily from 8 a.m. to 5 p.m., with last admission at 4 p.m. For more information visit LivingDesert.org.